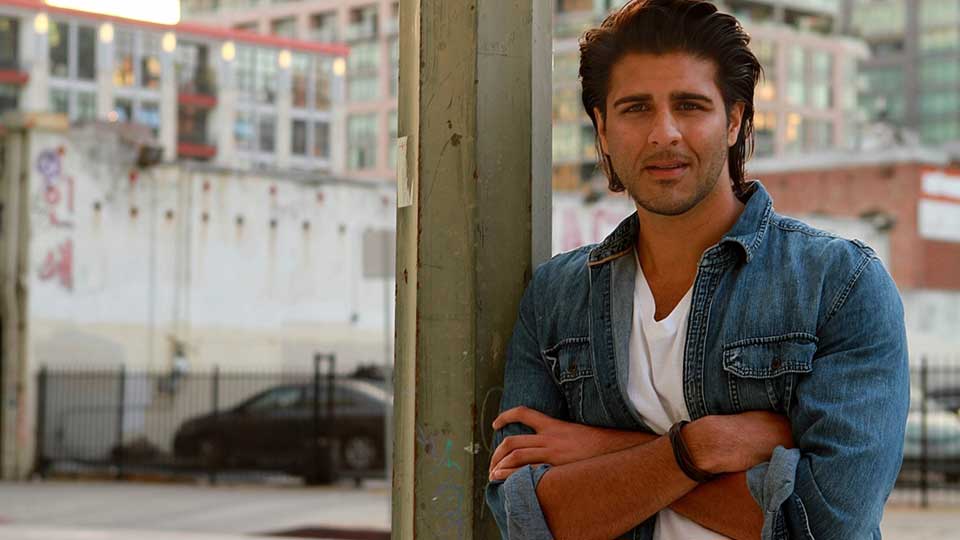 This week’s instalment of our Bloomers interviews sees us speaking to Jay Ali who plays Vaughan in the show. He’s the last of the main cast members for our series of interviews.

This season Vaughan has discovered that he’s the father of Francesca’s (Fernanda Espindola) unborn baby and he’s trying to behave and be a responsible father-to-be.

We caught up with Jay to talk about Vaughan, find out what’s coming up this season and to talk about his role in new show The Fosters.

Hi Jay. How are you? Where does this email Q&A find you?

Hello, I’m great, Thank you for asking. I’m currently watching videos on YouTube about snake bites. They are mean little buggers. But I know what to do now if I ever come face to face with one so I feel I have grown as a person. I’m sure it will come in handy one day.

We’re currently hooked on the second season of Bloomers. How did you feel when you found out that your character Vaughan was the father of Francesca’s unborn child?

I thought it was great. I’m a dad myself and I’ve seen how much I changed as a person after Remy came along and I thought it would have been good for Vaughan as well. It’s about time he started doing some growing up. You can’t carry on like that forever can you? But seriously I really thought it was a great story line for Vaughan. It shows there is more then one side to him.

The last episode saw Vaughan telling Karen he doesn’t have feelings for her anymore after she caught him kissing Francesca. Do you think he would have chosen Karen if things had been different?

If Karen didn’t dump him in the first season? How the tables have turned. She’s only interested in Vaughan again because he wants someone else and she can’t have him that’s what women do right? I think Vaughan would have liked to keep both Francesca and Karen in his life just because he is such a whore.  He likes to keep his options open.  I think he is actually secretly in love with Yolanda and is doing it to make her jealous.

From season one, Vaughan and Francesca obviously had a strong connection and we did touch on that.  There was actually a point in the first season where Francesca and Karen are in the bar together and Yolonda asks Vaughan if that’s the girl he is in love with . The viewer would think he’s talking about Karen because they had just broken up but he is actually talking about Francesca.

What else is coming up for Vaughan over the course of this season?

Tight shirts, some sex. We see where he has come from, his relationship with his parents and how he came to LA.

We see Vaughan really trying to step up to the plate and take responsibility of his life.  Something that he has probably never done so it doesn’t come easy to him.  He’s still pretty clueless and carefree and I think that’s what makes him quite loveable and still gets him into trouble.  But after some news from Francesca, you do see him really fight for something that he believes in, which comes as a shock.

How did you get involved with Bloomers?

By accident.  Vaughan was originally being played by someone else, and he got sick (yay) so they had to replace him, but Matt and Fernanda really wanted someone with great hair, so they went on a worldwide search for the new Vaughan with great hair and they found me.  So basically I have the best hair in the world. 5% of that story is true.

What’s the show like to film? Is the cast chemistry as good off-screen as it is on-screen?

It’s a lot of fun… for me anyway. I’m sure the other guys found it less entertaining as they had to deal with my childish humour 12 hours a day.  But for me it’s brilliant. Everyone is great fun to be around and I never once annoyed the producers… ever.  I’m always very professional despite what people say.

What do you hope the future holds for Vaughan?

Some happiness and security. You will see later on this season where he is coming from and what he has been through so you get a better understanding of why Vaughan is the way he is. I hope he doesn’t change too much because there is a innocence to him that is quite refreshing. I think he will always be that fun loving guy… but maybe will take in other people’s feelings a bit more.

It’s always good to chat to a fellow Englishman. What do you miss the most about the UK since you moved out to L.A.?

I miss my family and friends…. But apart from that…….errrrr… fish n chips? Oh and the lovely weather…. Have you seen the sun this year??

As well as Bloomers you’re also starring in The Fosters, which has just started in the US. Tell us about that show and the role you play in it.

That is correct! You have done your homework;  the sign of a great journalist. The show is about an interracial lesbian couple that foster children, and have recently taken in a young girl with a troubled past life. It’s a great story, great cast and has a great message. It will make you feel nice and warm inside. I play the role of Timothy who is a teacher at the school where the foster children attend. I’m not quite sure what I actually teach. I think it’s English maybe maths…

I shot a pilot with Kelly Rowland from Destiny’s Child fame, which will hopefully get a pick up later in the year… apart from that, probably more snake bite videos on YouTube.

You can find out more about Bloomers at www.bloomerstheseries.com. Watch the latest episode On Thin Ice below:

Advertisement. Scroll to continue reading.
In this article:Bloomers, Jay Ali, The Fosters