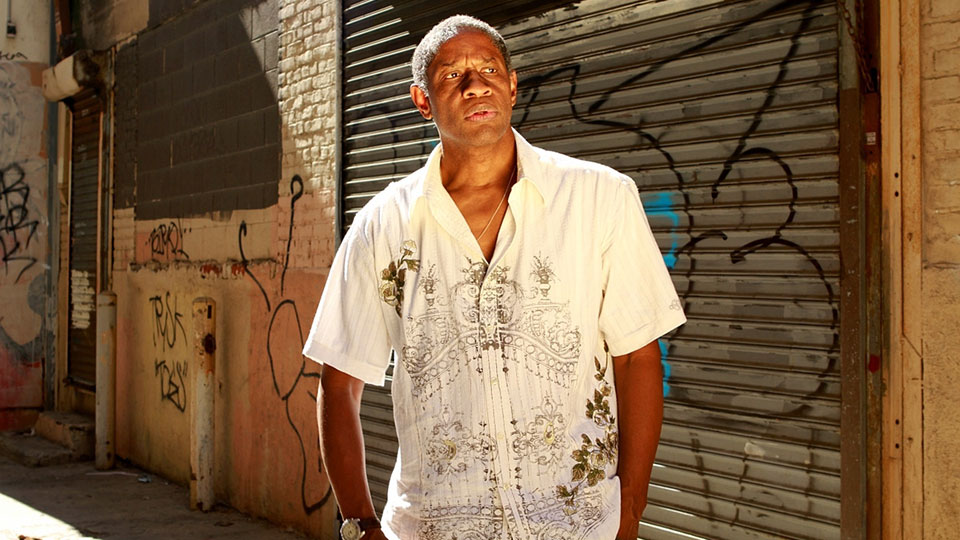 Bloomers is over half-way through its second season and it’s going from strength-to-strength.

Every week since the season 2 debut we’ve been talking to the show’s cast to find out what’s coming up this season. This week we talk to Tim Russ who guest-stars and directs episodes of the show.

Tim is best-known for his roles in Star Trek, iCarly and Samantha Who. We talk to him about playing Mr Adler, find out how he got involved with Bloomers and discuss his varied career.

Hi Tim. How are you? Where does this Q&A find you?

I am great Pip, thank you very much.

You’ve guest-starred in and directed episodes of web series Bloomers. How did you get involved with the show?

I literally walked out of my house one day, and Fernanda Espindola, one of the producers and actress on Bloomers, asked me if I would be interested in playing a role on the web series. I in turn asked her if she had chosen a director, and offered my services as a director on it. So we made a deal to have me on as director as well as playing a small role in the show.

You play Brooke’s boss Mr Adler. Tell us a bit about your character.

Mr. Adler is a somewhat eccentric boss, he is very focused on the task at hand, straight forward, and has no concern about anyone’s personal life or choices. He is very much: “this is the job, and here’s what I need you to do.”

Bloomers is getting lots of critical acclaim and has a solid online fanbase. Do you think that web series could be the future of television?

Definitely. The web series and television will be one in the same in the very near future. All the Networks already have their own websites that air their series shows. Even now you can watch Bloomers on everything from your iPad, to your phone, to your big screen TV.

What are you like as a director? Give us a little insight.

I generally don’t like to take forever to get the days work done. I don’t shoot a lot of takes. If I get two or so that I like, I move on. I try to cast projects based on matching as closely as possible the actor to the character they play so that the character can more easily be believable on screen. I like to let the actors work a scene out in rehearsal, finding their motivation based on their character, the circumstance, and the script, rather than telling them where to go and what to do. Having been an actor myself for so many years, it makes it easier for me as a director to communicate with an actor. It also helps, for example, on Bloomers, to have a cast that is as talented as ours. It makes my job so much easier.

Congratulations on your win in the Indie Soap Awards for Best Director in 2011. How does it feel to be recognised for the work that you do?

I was very excited, surprised, and thankful to have won an award for Bloomers. It was an honor. But quite honestly, so much of what was judged and rewarded was the result of a talented and hard working crew, producers, writer, and cast.

You’ve got many credits to your name including Star Trek, Samantha Who and iCarly. What’s been your favorite show to shoot and why?

I can’t really pick a favorite, because each one was different. They all had their own unique qualities that made them a pleasure to work on. From an acting standpoint and just based on the nuts and bolts of shooting, single camera shows are shot much more piecemeal, as opposed to multi-camera shows in which the scenes run longer without stopping.

You’re a man of many talents. As well as acting we see you’re also a musician. How did you get into making music?

I have been a musician for about 40 years. I was playing music long before I became a full-time actor. And I don’t see myself giving it up any time soon…

How do you find the time to fit everything in? Do you ever manage to have some down time and relax?

I do in fact have blocks of time when I am not doing much of anything, and I prefer having those breaks as opposed to a non-stop schedule. The work does seem to come in waves, and scheduling can be a nightmare sometimes.

I am starting work as an actor on a sci-fi spoof called, Unbelievable, mid-July, directing a feature called, Bring Back Summertime, in Michigan in August, and directing and acting in another feature film in October called, Star Trek: Renegades. Yep…when it rains it pours!

Find out more about Bloomers by heading over to www.bloomerstheseries.com.

Advertisement. Scroll to continue reading.
In this article:Bloomers, Tim Russ