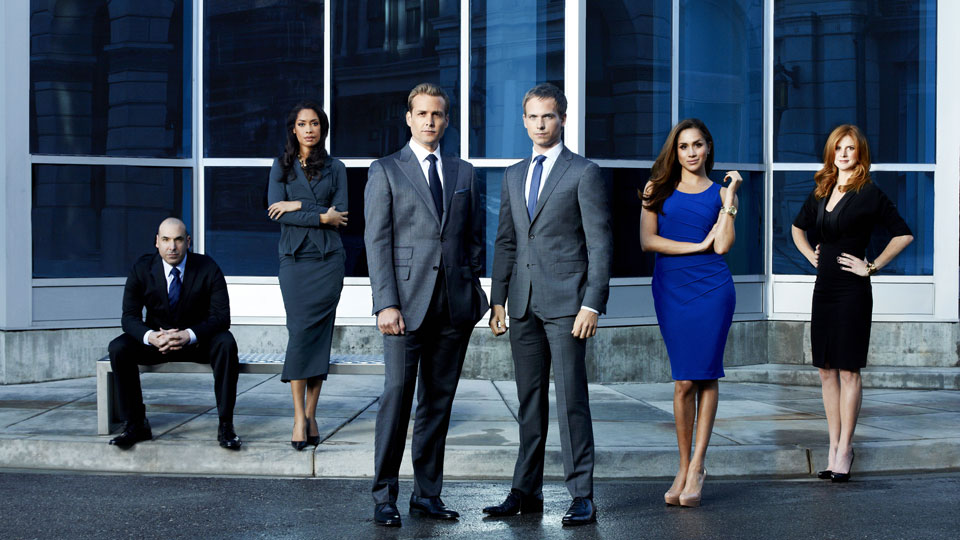 Suits has become one of our favourite shows thanks to its one-liners, gripping storylines and superb cast.

The second season has only just recently finished here in the UK, but the third season starts next month in the US. At the end of the season Rachel found out the truth about Mike, Harvey was put in his place by Jessica and the merger went through.

We’ve been thinking a lot about what we want to see when the show returns and have listed our Top 10 hopes.

1. Less use of the word ‘shit’. Yes we know this sounds very picky but just because a network allows a show to swear doesn’t mean they should. The amount of times characters said ‘shit’ in the second season was quite frankly ridiculous with all the characters using it as a sentence enhancer. There’s just no need.

2. Mike and Rachel forever. We’ve been rooting for these two to get together since the show started and they had quite the steamy hook-up after Rachel discovered the truth. We think it’s time they had a little bit of happiness.

3. Harvey to get a proper love interest. Last season he flirted around with various female co-workers but he’s never really had a proper girlfriend has he. We know some fans want him to get it together with Donna but we think he deserves a little romance with a new character.

4. More Donna. Our hearts sank, broke and rebuilt themselves thanks to Donna’s firing and subsequent rehiring during season two. We all know that she’s one of the best, if not the best, characters on the show. We want her to have bigger storylines this season.

5. The return of Daniel Hardman. Yes Jessica and Harvey may have forced him out of the firm once again but he still keeps popping up. Will he get his revenge in season three? We hope so as we found the fight between him and Jessica to be one of the best things about season two.

6. Katrina Bennett to crawl back into whatever hole she came out of. At first we were excited when Katrina was hired by Harvey but she’s been such a bitch to everyone that we hope she gets kicked out as quickly as she got hired. No one gives Rachel Zane sass.

7. Merger tension. It’s obviously going to one of the central themes of the season but we hope that it provides some surprising twists and turns. It’s definitely going to put a strain on Harvey and Jessica’s relationship but will he finally tow the line? We doubt it (and we hope not!)

8. More meddling from Louis. The show’s slippery character provides much of the humour and causes all kinds of trouble wherever he goes. We want to see him interfering, upsetting the associates and being a bit dastardly once again this season.

9. Jessica to interact with more characters. We can’t help but notice that aside from Harvey, Jessica’s interaction with other characters is very limited. Aside from the odd cross word with Louis and her general meanness towards Mike she doesn’t really deal with anyone.

10. Harvey to become a named partner. He wanted his name on the wall all through season two and we hope he does a knight in shining armour move at some point in the new season to help Jessica following the merger. We understand why he hasn’t gotten his wish yet but maybe this season will finally see Pearson Specter on the wall.

Do you agree with out Top 10 wishes? Leave your comments in the usual place and let us know what you think.

Suits season 9: 10 things we want from the final season