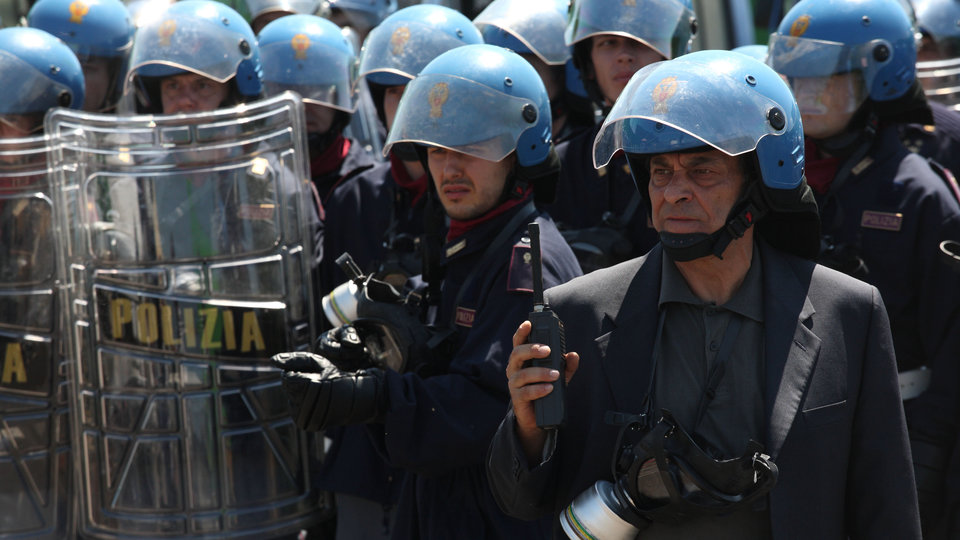 Diaz: Don’t Clean Up This Blood is the harrowing account of the brutal attack by 300 police on 90 activists spending the night in a school during the 2001 G8 Summit in Genoa, Italy.

As 200,000 anti-globalization activists and anarchist protestors descended on Genoa to try prevent the 27th G8 Summit taking place, authorities gave anti-riot police a free hand to repress the masses. Diaz: Don’t Clean Up This Blood tells the story of the night raid on the Diaz school – used at the time as an activists’ sleeping quarter and international media centre – and the brutal attacks and shameless humiliation inflicted on those who were there that evening.

Told with fierce realism, Diaz is a gripping and harrowing political thriller from the producer of Gomorrah, Domenici Procacci, and acclaimed director Daniele Vicari.

Placing the viewer right at the heart of the events on the night of 21st July 2001, the true sense of injustice and fear is portrayed by a multinational cast, including Claudio Santamaria (Casino Royale), Jennifer Ulrich (The Wave), Elio Germano (My Brother Is An Only Child), Fabrizio Rongione (Rosetta) and Renato Scarpa (Don’t Look Now), all depicting real-life victims of the event.

A powerful, gripping and intense drama based on a true event. Totally unmissable…;

To be in with a chance of winning one of 3 Blu-rays, simply answer the question below.

In this article:Competition, Diaz: Don’t Clean Up This Blood