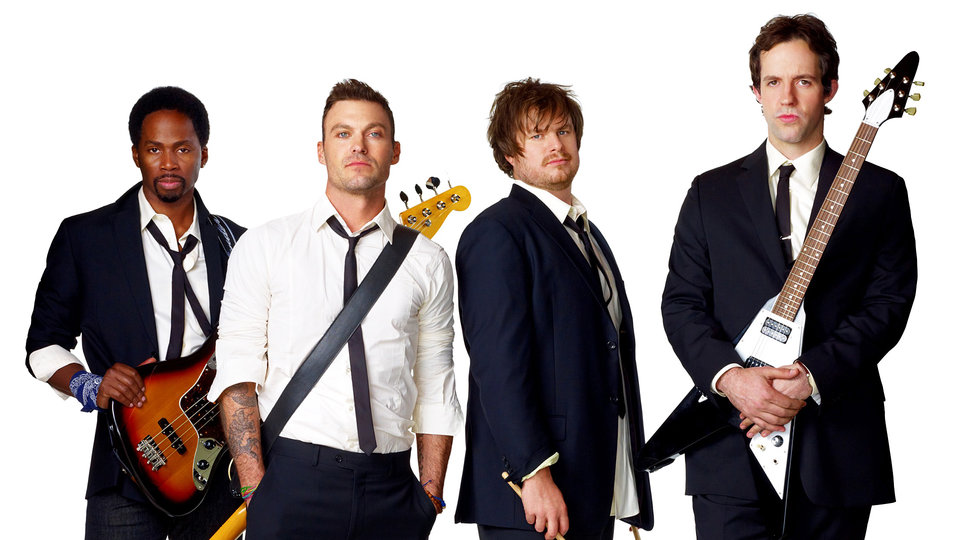 Hit U.S. TV Show Wedding Band starring Brian Austin Green (Beverly Hills 90210) comes to DVD 27th May after a successful run on 5*, and to mark the release we have 3 box sets to give away!

Written by Josh Lobis and Darin Moiselle (South Park) and produced by Emmy Award winning Mike Tollin (Smallville, One Tree Hill, Wild Hogs) Wedding Band  is a comedy drama about the bromance between four likable, occasionally reckless, friends whose weekends are spent playing in Seattle’s premier wedding and events band. Tommy, Eddie, Barry and Stevie – collectively known as Mother of the Bride – all have day jobs, but in living out their dreams of being rock gods they’ve discovered that weddings are the wildest parties in town. The groupies are the bridesmaids, the drinks are free, and they even get paid for it at the end of the night!