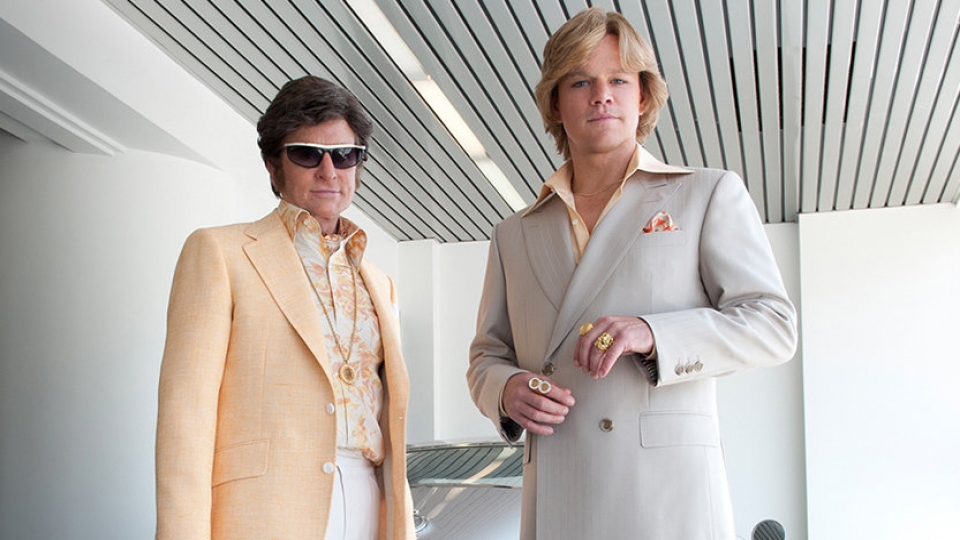 Scott Thorson (Matt Damon – The Adjustment Bureau) is a young man who works with animals behind the scenes in TV and film production. One evening he meets Bob Black (Scott Bakula – Quantum Leap) at a nightclub who introduces him to a lot of his high-powered friends. One of whom is the biggest star in Vegas, Liberace (Michael Douglas – Wall Street) or Lee, as he’s known to his close friends. Lee takes a shine to Scott and soon the two begin an affair that stretches years and charts a fantastical tale of love and loss in the insanely flamboyant world of Liberace.

Behind The Candelabra is a fascinating movie from HBO that débuted on cable television in America at the end of May. Thankfully, the distributors saw fit to release this in cinemas across the pond and its a good job too. Behind The Candelabra is a fascinating and ostentatious recounting of the live of one of the 20th century’s most infamous and recognisable performers.

This is a film that plays every angel exceptionally well. The cast are all superb but its the story that really hooks you in. It’s also not shy in portraying every angle of this fantastical story, from casual sex, drug use, excessive living and the horrors of the Aids virus during its most infamous period in the early to mid 80’s. It also explores the media’s bigotry with homosexuality during the 70’s and 80’s and how Liberace lived his whole life in secret for fear of tarnishing his stage personae.

Michael Douglas hands in a career-defining performance that makes Behind The Candelabra such a captivating watch. He reinvents himself to portray Liberace with conviction, pose and crucial believability.

Liberace is a million miles removed from the iconic characters usually associated with Douglas in movies like Wall Street, Basic Instinct and Black Rain, yet he seriously impresses here. It’s also wonderful to see the legendary actor looking so healthy after his recent battle with Cancer. Hopefully this will signal many more big screen appearances for Douglas in the near future.

As good as Douglas is, Matt Damon matches his resolve and strength at every turn with his own powerful performance. He handles the complexities of Scott very well and works along with Douglas to really do justice to Lee and Scott’s tumultuous relationship. It’s an extremely brave and bare performance from both actors and they deserve a lot of credit.

Elsewhere there are memorable and at times, hilariously offbeat support in the form of Quantum Leap favourite Scott Bakula, Ghostbusters Dan Ackroyd and stealing his scenes, 80’s hearthrob Rob Lowe. He plays Lee’s private physician/plastic surgeon who reconstructs Scott’s face to look more like Liberace. Lowe is exceptional in the movie, whilst looking almost unrecognisable with the big hair and the pulled back, tight face. Lowe’s performance is worth the admission price alone.

Being a HBO production, Behind The Candelabra sadly won’t be eligible to pick up any Academy Award nominations but it deserves to. Michael Douglas is amazing in the lead role and gives us a performance full of style and substance to match the larger-than-life character of Liberace. Behind The Candelabra is a true-life story you really won’t want to miss.