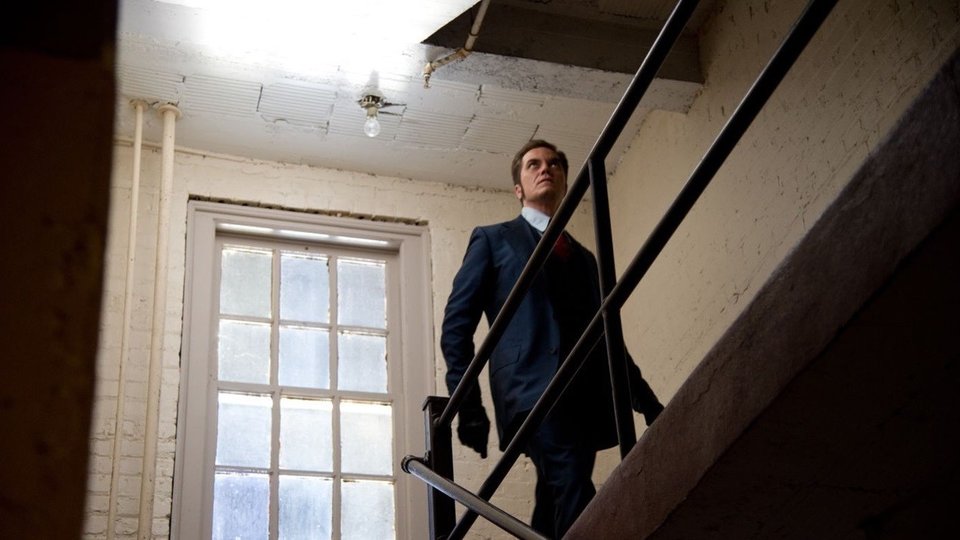 Charting the true life story of Richard Kuklinski (Michael Shannon – Man Of Steel), a man who lived a double life. On one side of the coin he was a devoted family man, husband and father. On the other, he was a cold-blooded contract killer who showed no remorse. His family never knew about his other life until his incarceration.

The Iceman is a good recounting of one of the most bizarre and disturbing multiple-murder investigations of the last few decades. This story is so unbelievable you’d be forgiven for thinking it has been dreamt up by the bigwigs of Hollywood. Sadly it’s a true story with The Iceman proving that fact is far stranger than fiction.

Michael Shannon is excellent in the lead role and deserves a lot of credit. He easily sells the cold-blooded nature of the killer whilst managing to convey the duality of his family life with conviction and believability. It’s a strong turn from one of the brightest talents working in the industry today.

The ensemble is exceptionally good too with Winona Ryder being a particular highlight. It’s been awhile since the popular 90’s actress handed in a performance of weight and substance but she does so here. She also shares a great chemistry with Shannon and easily sells the family dynamic.

Elsewhere there is noticeably support from the likes of genre favourites Ray Liotta and Robert Davi, Captain America himself Chris Evans as a scary hitman named Mr. Freezy who drives around in an ice-cream van and Friends favourite David Schwimmer as a wannabe wise guy. There are also cameos from Stephen Dorff, Ryan O’Nan and James Franco.

The Iceman is a true-life story told with conviction and utilises its amazing ensemble well. But at the end of the day, there is still something lacking here. It’s a film that you will appreciate as you’re watching it but you’ll struggle to revisit. The big, classic crime stories don’t have that problem. It’s no reflection on the cast, just the pacing of events. For the here and now, its worth it just to enjoy Michael Shannon’s commanding screen presence before he really knocks it out of the park in Man Of Steel.