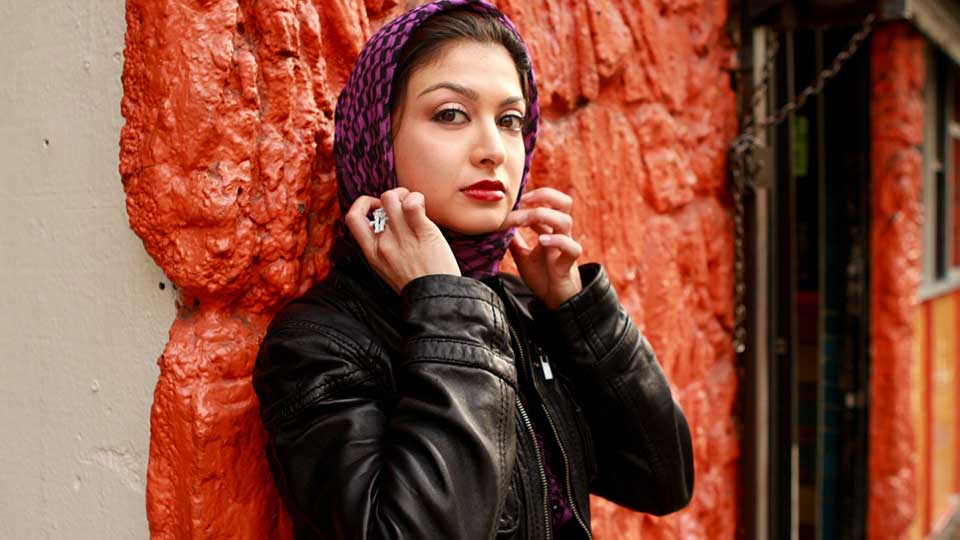 As the second season of Bloomers continues to unveil new episodes every Wednesday, we continue to bring you interviews with the wonderful cast.

Before the next episode premieres this week, we caught up with Swati Kapila who plays Joanna in the show. We’ve seen a few surprising scenes with Joanna so far this season so we wanted to get the scoop on what else is in store.

In our interview Swati tells us all about the second season, talks about Joanna’s inner conflict and reveals which character she would like to play if she wasn’t playing Joanna.

Tired! But I really shouldn’t complain—things are good. I’m on a flight back from Chicago, where my brother just graduated from medical school…yeah, I am definitely the odd ball in my family…

Bloomers season two is well underway and there’s already lots of storylines developing nicely. What does the show have in store this season?

Matt was very bold in his penning of season 2. Allow this to serve as a heads up: we really push the characters and story a lot further than viewers will expect. (You can’t tell me I didn’t warn you!) I say all this with a lot of admiration and appreciation for what Matt has done. I know from experience that when creating characters they become family—so to allow them to struggle as much as these friends struggle in Season 2…must not have been easy. My instinct is always to protect my characters from hardship and to always save face…but that wouldn’t be nearly as intriguing or entertaining. What I will say is that both the comedy and drama come from a place of honesty, which is the most important thing.

Joanna has started to let her hair down a little more so far. How do things progress for her during the new season?

Joanna’s primary inner conflict continues from Season 1, and it revolves around her confusion and insecurities over her relationship with Ross. I imagine that at times the audience will become as frustrated with me as Ross does…but I don’t feel it is far fetched for their sustainability as a couple to remain in question. Culture is deeply rooted in all of us; personal beliefs and the feeling of obligation to family are not ideals one lets go of lightly. (Believe me, I know.) At the same time, I think there are a couple of key turning points this season that sway Joanna to act…in one way and/or the other (can’t tell you which)!

Joanna also continues to assimilate into this group of close friends throughout Season 2. I really enjoyed those moments in scenes where I was observing this this tight-knit group of awesome people who “go way back” and just realizing A) how lucky I was to become a part of this family and B) how different each of us really is. In a way, I had parallel feelings with my character while being with the charismatic cast of Bloomers.

A recent episode saw Joanna out-smart Karen during a game of You’re So Hot. Firstly how did you manage to keep a straight face shooting that scene? Secondly what’s it like to be able to show the more fun side of your character?

Maaan, I am not going to lie…that was not an easy scene to shoot! Holly Holstein, who plays Karen, made it easier because she is so good, and she made it harder—because she is so good! Holly’s a pro—especially when it comes to being nonchalantly sexy. I think this series has done a lot to teach me about myself personally, and particularly how reserved I am when it comes to expressing sexuality. Luckily that tendency is often inline with my character. In the end, we had less than 30 minutes to shoot the “You’re So Hot” scene, so I didn’t have a choice but to keep a straight face…though the immature child inside of me wanted to giggle like an Asian school girl at every step (I took towards Karen).

I am a surprisingly silly and quirky person, so letting loose as Joanna feels natural. I’m not sure how “attractive” it is…but as long as the audience enjoys watching, then I feel these more outrageous and sitcom-y moments work.

The main storyline for Joanna is her burgeoning relationship with Ross. It’s been causing a lot of issues for her due to her religion conflicting with her heart. What advice would you give Joanna to help her deal with the relationship?

Very interesting question! The advice I would give Joanna is simple: it is really hard to find a good quality guy. In LA, nearly impossible. I understand that Joanna yearns for the guidance of a mother (or two), and that is difficult to replace…At the same time, I feel any parent worth listening to really does just want their child to find peace and joy (I sound like a Christmas card, but come on, it’s true). I think Joanna’s Moms would tell her, from their personal experiences, that religion is a wonderful guideline for life, but in the end we must live with our choices and therefore they must be ours alone. When it comes to relationships, I want for Joanna what I want for all my friends: they all deserve to be treated (really, really) well. Ross meets my criteria! He is patient, sincere, hardworking…and adorable.

What’s Nathan Frizzell, who plays Ross, like to work with? You have a great chemistry in the show.

What can I say? Nate is a gift to actors. He’s a perfect combination of a professional performer and an artist. On top of that, he is a great kisser. In fact, this may not be the most diplomatic thing to put out there, but he’s probably one of my favourite on-screen/stage kissers to-date. (And, yes, there have been some bad ones!)

Some actors are really good fakers, which sounds like it’s a bad thing, but it’s actually a very blessed skill to have. Unfortunately I am not. I have trouble lying my way out of anything. It is very important for me to really feel the way my character does and want the things they want, so I’m grateful when an actor like Nate comes along to make my job easier.

Tell us how you got involved with Bloomers in the first place.

I’m gonna go ahead and give credit to luck and universal alignment–I’m pretty sure that’s how one gets any part that involves a cold audition. The only fun twist is that it was also my first week in Los Angeles! I had just moved from New York and was definitely still getting my bearings. I came across the breakdown, happened to submit—and so glad I did. Ugh, I still remember wrangling my nerves during the elevator ride up the Film Independent Building on Pico. Luckily Matt and Fernanda were fun, relaxed and sweet; they disarmed my nerves immediately.

The show always seems like so much fun to shoot and the cast seems a tight knit group. What’s the dynamic like off-camera?

Well, I’m glad that comes across. You nailed it—I would trust any and all of those people with confidential information! Despite how very important it is in order for us to do our jobs as actors, I don’t often find groups of actors/filmmakers that make me feel so safe and cared for. Another reason I consider myself lucky to be a part of Bloomers.

If you weren’t playing the role of Joanna, which other character in the show would you like to play and why?

Oooh, another unique question. I love Clarissa. First of all, it’s hard to admit, but I am probably just as controlling, opinionated and prude as she is! But seriously, she is a very complicated person, which makes for a meaty character with a lot of interesting happenings. Her inability to have children, as well as the subsequent demise of her marriage, is both such visceral problems. These are real and valid fears that resonate with me. I like telling important stories, and Clarissa’s story fits that requirement. I think Kristin is so truly lovely in the role.

What else do you have coming up at the moment?

I’m in a play called “Stuck In Neutral,” which has a 5-week run at the Secret Rose Theatre in North Hollywood’s theatre district. It has been such a blast. Theatre is truly the only “actor’s medium”. I get to play 17 years old, which infuses me with youthful energy every time. This coming Friday, Saturday and Sunday is our closing weekend—you should come! I’m hoping to collaborate with the director of the play on an upcoming on-camera project…we shall see…

Watch a preview for this week’s episode of Bloomers below:

Advertisement. Scroll to continue reading.
In this article:Bloomers, Swati Kapila