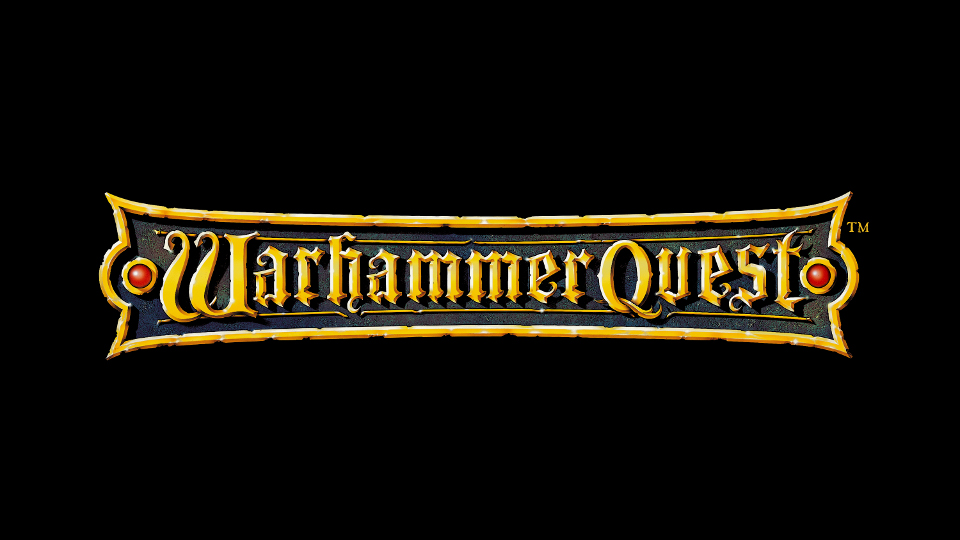 Don’t worry if you missed out though as UK-based indie development studio Rodeo Games (Hunters series) have just released their take on Warhammer Quest for iOS devices. We’ve been spending an unhealthy amount of time with the game thanks to the fabulous mix of strategy and role-playing.

Warhammer Quest puts you in charge of a band of brave adventurers who are off in search of wealth and glory. The four characters included with the game are the Marauder, Wood Elf Waywatcher, Dwarf Ironbreaker and Grey Wizard. You also have the option to purchase three additional characters via In-App Purchase – the Archmage, Dwarf Trollslayer and Warrior Priest. These add more variety to your party but are completely optional and cost £1.99 each.

As your party travel across the Warhammer World they stumble upon settlements which act as quest hubs. When entering a settlement you are treated to a gorgeous cutscene that shows the village spawning from the pages of a book. While staying in a settlement you can visit the market to buy and sell items and gear. You can retire and recruit characters in the adventurer’s guild or train them to level up at the training grounds should they have enough XP. Finally you can also visit the temple to pray in hope of help from the Gods.

There’s a main quest line to follow through the game and plenty of other quests to discover too. A quest is basically a dungeon crawl where you might have to go and clear out a certain enemy or return with a specific item. On your travels you will also encounter random events which can reward or hinder your party.

Most of your time in Warhammer Quest is spent crawling dungeons and fighting monsters. The game is turn-based and each turn you must choose where to move each character, which items or abilities to use and also what to attack. Initially most of a dungeon remains unseen and becomes visible as you explore deeper. Each turn and as you uncover new areas there is a chance you might encounter an enemy or random event.

Turning a corner you might suddenly be set upon by a group of rats, spiders, goblins, snotlings, trolls and other nasties. When a fight takes place you must move into position before you attack. Melee characters need to be in adjacent to an enemy to attack. Once in position you can attack and the game shows the results which could be killing an enemy outright, damaging them or missing completely. Each fight is a gamble and it’s incredibly satisfying when you come out on top.

It’s possible to heal your wounds with provisions, potions, bandages and even healing spells. If a character goes down in combat they are then unavailable for the rest of the dungeon. Combat is fairly slow-paced but this seems to add to the tension of a close fight. Should you be in a hurry there is a fast forward option to speed them along.

Winning an encounter rewards you with gold and loot. Some loot is useful to improve your characters and anything that is not can be sold later at market. It takes time to accrue a large amount of gold which you can then spend on upgrades. For more impatient players there is also an option to purchase gold starting at £1.99 for 4,000 gold up to £20.99 for 60,000 gold.

The game is beautifully presented with lovely music, crisp graphics and a well thought out user interface. The touch controls work really well and while dungeon crawling you can zoom in and out as well as rotate the action. A really neat feature is that by turning your device into portrait mode the game automatically brings up your inventory. There is even a detailed help journal with over 100 entries to discover.

The game is going to keep you entertained for a very long time but for players who crave even more content there is already additional content available. For £2.99 you can purchase The Hidden Threat which is a Skaven expansion pack. This adds the region of Reikland, six new settlements, new dungeon tilesets and a whole host of Skaven enemies such as Rat Ogres and Grey Seers. We enjoyed the game so much after just a couple of quests we snapped the pack straight up.

Rodeo Games have done a superb job with Warhammer Quest and we can see ourselves playing it for a long time. Presuming there are more expansions in the works the game is only going to get better. Fans of the original board game, Warhammer fans or anyone who loves RPG or strategy titles would be crazy to miss this.

Warhammer Quest is available now as a Universal iOS 6.0 App from the App Store  for £2.99. To find out more about the game visit the official Warhammer Quest website.