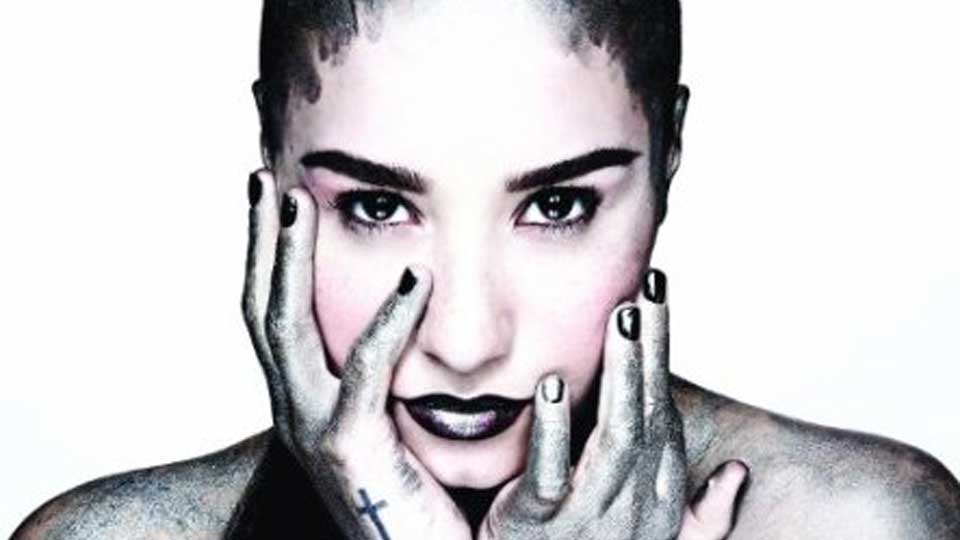 Demi Lovato has seen her popularity surge following her debut on The X Factor US last year. She proved so popular that she’s the only member of the panel, other than Simon Cowell of course, that will be returning for the new season this year. The spotlight has helped Lovato remind people that she actually makes music herself too and has given her the perfect platform to release her fourth studio album Demi. The album comes 18 months after her last studio album Unbroken which gave Lovato her highest charting UK album to date.

Demi is a confident return from Lovato and it sounds like she may have finally found her sound. Following the teen-rock of her first two releases, Lovato experimented with varying success on her last Unbroken. Some of the album worked well (Skyscraper, Give Your Heart a Break) but some sounded immature or simply out place. For Demi the sound is much more consistent with Lovato sticking mostly within the pop/dance genre and it really works for her.

The album opens with Heart Attack, Lovato’s latest single, which shot into the UK charts at number 3 last week. In the US the track has cracked the Billboard Hot 100 Top 10 giving Lovato one of the biggest hits of her career. Musically the track takes Lovato into electro-pop territory whilst still enabling her to unleash the power she found in her voice during the recording of Unbroken. The song is very current and fits perfectly in the chart climate so it’s no surprise that it’s doing so well for her.

Over the course of Demi, Lovato explores a variety of tempos and sounds whilst staying within the pop genre. Made in the USA finds the singer declaring her love for someone assuredly stating that their love will never break over mid-tempo beats, piano and military-style beats lead the gentle Two Pieces, and Lovato shows off her vocal range on the ballad In Case. Former X Factor star Cher Lloyd pops up on the feisty Really Don’t Care which proves to be a well-matched pairing.

The party tracks continue with the punchy Fire Starter before Lovato sets a guy straight about the status of their relationship on Something That We’re Not. Warrior is the last new track on the record and Lovato has referred to it as a sequel to Skyscraper. The song is definitely the most personal on the record and finds Lovato in a confessional mood. The track is emotive and honest as Lovato sings, ‘I’m a warrior and you can never hurt me again.’

One of the highlights on the record is the dance-infused Neon Lights. The song is driven by hand-claps and a sparse piano melody before beats kick in transforming it into a club track. We’d put money on this one being a future single and it’s definitely one of the strongest tracks on the record.

For the UK release there’s two bonus tracks in the shape of her previous singles Give Your Heart a Break and Skyscraper. We guess these have been added as a further incentive for fans who didn’t part with their cash to get Unbroken. They fit well on the tracklisting and as they are both great pop tracks we don’t mind their inclusion here.

Demi is definitely Lovato’s most cohesive and convincing collection to date. Having found a sound that fits her powerful vocals, the album should become her best-selling yet. What tends to happen with Demi Lovato album campaigns is that they run out of steam after two singles but that shouldn’t be the case here. There are plenty of single-worthy choices and it looks like Lovato is finally on course for a real UK chart breakthrough.