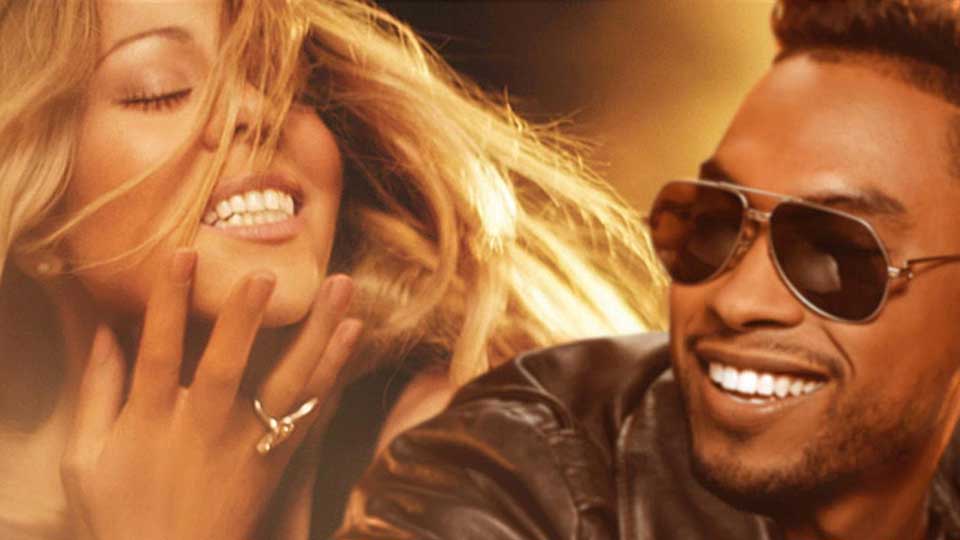 We were beginning to get a bit worried about Mariah Carey’s career following several years of struggling to find a hit. The once chart-topping diva hasn’t had a Top 10 hit on either side of the Atlantic singe 2009’s Obsessed which was taken from her last studio album Memoirs of an Imperfect Angel. In 2012 she made a comeback with Triumphant (Get ‘Em) featuring Rick Ross and Meek Mill but the song failed to chart in the US. Following her stint as a judge on American Idol, Mariah is ready to concentrate on music again with her new single #Beautiful.

#Beautiful is a collaboration with rising R&B star Miguel and it looks like it’s going to give Mariah another huge hit. As we write this it’s debuted at number 24 on the Billboard Hot 100 chart and peaked at 27 here in the UK giving Mariah her highest chart placing in 4 years. #Beautiful is a simple yet catchy mid-tempo number that perfectly captures the summer vibe setting it up to be a big hit in the coming months.

The track opens with a verse from Miguel with Mariah barely heard for the song’s first minute or so. It isn’t until the second verse that we hear Mariah really sing and she sounds the best she has in years. The old-school vibe of the instrumentation, driven by a repetitive guitar lick, makes you want to wind down the sun-roof, get out the sun tan lotion and cruise down the street. Sadly we won’t be doing any of those things with this shockingly poor British weather.

Our only complaint about the song is it feels more like Mariah features on it than leads it. We had the same complaint with Triumphant (Get ‘Em) and we wish there was more Mariah for our ears to enjoy. Having said that they do say less is more and it seems the collaboration is going to provide a perfect platform for Mariah to launch her as-yet-untitled new album.

#Beautiful is going to become one of the songs of the summer without a doubt. On the first few listens it sounds a little unremarkable but eventually it lodges into your brain and you’ll find yourself singing it. It’s a deceptively clever track and one that could secure Mariah her 19th US number one single. We’d say that Mariah is back on form for the summer.