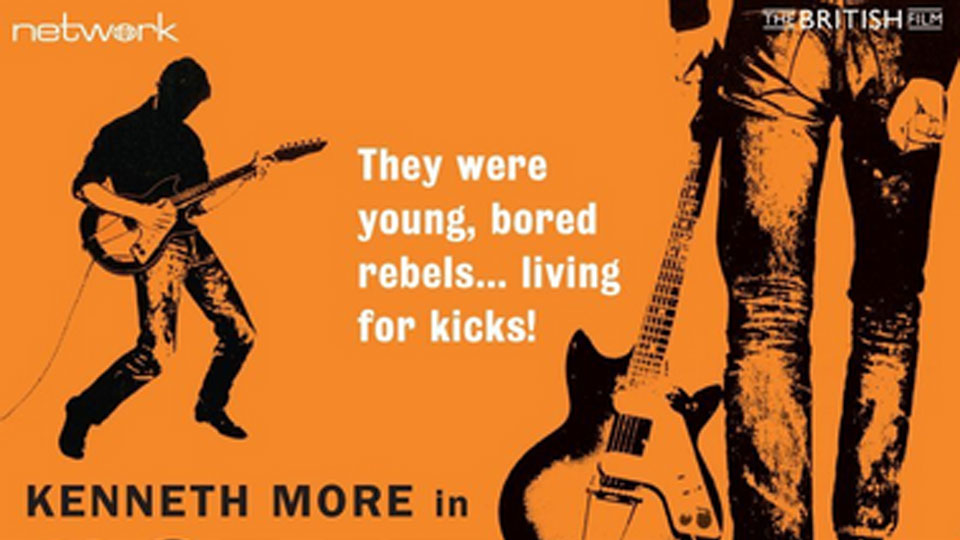 Some People is a British film from the early years of the swinging sixties. Shot in colour and using extensive location filming around Bristol (which makes a refreshing change from London) there’s a lot to like about this story of three young(ish) biker rebels who find an unlikely route out of their boredom and frustration.

It mixes a young generation of British actors with established stars. Most preeminent of the rebels is the late David Hemmings, a handsome young actor of the day who gained immortality four years later for Blow-Up (and established his 60s icon status playing, um, Dildano in Barbarella…). In Some People he plays Bert, arguably the easiest-going of the rebels. As the youngest actor of the three leads (twenty at the time of filming – the others are pushing thirty), he’s also the most credible as a tearaway.

The hero of the piece is Ray Brooks, whose name is perhaps not as immediately familiar as Hemmings’, but who was a regular face at the time and is possibly best-known for playing the heroic David in the Doctor Who Peter Cushing big screen adventure Dalek: Invasion Earth 2150 AD. In more recent years he enjoyed a new lease of life as Joe in popular dour cockney soap EastEnders.

Brooks makes for a fantastic glowering and angst-ridden lead, and it’s easy from his performance as Johnnie to see why he became such a ubiquitous young actor in the 1960s. Playing his love-interest here is somebody else whose name would become indelibly attached to Doctor Who – Anneke Wills – a companion from the William Hartnell to Patrick Troughton eras. Wills was the archetypal dazzling 60s beauty, featuring in The Strange World of Gurney Slade and Strange Report amongst many other series before retiring from acting at the top of her game in 1970. In some ways her character Anne is a slightly thankless part, mostly due to the perennial problem of male screenwriters underwriting female parts, but she moons over Ray Brooks admirably, and delivers an excellent moment of high drama towards the end of the film. There’s also a scene that will tickle Wills’ many admirers in which she sits in the bath with her jeans on – to shrink them of course! The presence of Kenneth More in the scene is a useful barometer to indicate that, for the most part, Some People plays it safe.

The plot, which ambles at rather a leisurely pace, sees three biker boys banned from driving after a minor accident (rendered rather weakly on screen). After an over-long stroll around Bristol they find an unlocked church, in which Johnnie plays some rock and roll on the organ. Having endured stuffy authority figures such as the judge (the wonderful Cyril Luckham) and the vicar (the familiar face of Michael Gwynn) the organist Mr Smith is the first adult to give them the benefit of the doubt, and he invites the young men to form a rock group using the church hall to practice.

The part of Mr Smith is played by the incomparable Kenneth More, the face of British filmic stoicism for three decades (he was the star of The Cruel Sea and A Night to Remember amongst countless others). He’s perfect as the non-judgemental organist, exuding warmth and charm from behind a thick-knit cardigan.

Harry H. Corbett, one of the greatest actors of his generation, appears in a very small role as Johnnie’s alcoholic father. With minimal screen time, Corbett creates an astonishingly rich character, full of pain and pathos. He’s rightly lauded for his comedy work on Steptoe and Son, but Corbett was a magnificent straight actor too, as he proves here.

Whilst the rightly lauded actors are a major selling point of Some People, the plot is thin, repetitive and a tad clichéd. Whilst the film runs to only ninety minutes, it’s still too long to sustain the story, which becomes stretched. The action is all a bit linear too, with one thing happening after another seemingly with little logical progression, and there isn’t much sense of the drama building towards anything tangible. Perhaps to counteract this, director Clive Donner wisely shoots it in part like a documentary, evidenced from the opening shots of Bristol shop-windows; and the unglamorous locations of bus stations, dock yards and church halls (as well as the obligatory Clifton Suspension Bridge) lend it a certain realism.

Ultimately, Some People feels like the product of a different epoch compared to British films of teenage rebellion that followed a few years later, such as Lindsay Anderson’s vicious and surreal masterpiece “….if” (1968), and as such its depiction of young people, whilst not totally erroneous, is comparatively benign. What it loses in realism it makes up for in charm, and doesn’t count against it. There are certainly some lovely moments in the film. However, the proselytizing for the Duke of Edinburgh award scheme is more gratuitous and blatant than the combined product placement in your average Bond movie, and too intrusive to forgive. Thankfully we’re spared a cameo from Prince Philip. Taken for what it is though, as a product of its time, Some People remains an enjoyable film with some terrific performances by leading talent of the era.