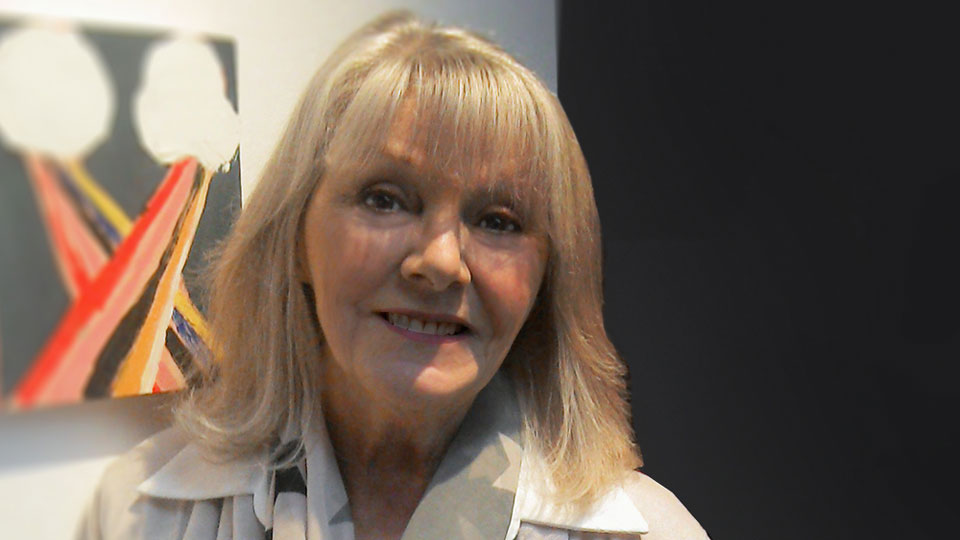 Anneke Wills is an actress and 60s icon, best-known for her part as Doctor Who companion Polly, who has in recent years has documented her extraordinary life and career in a series of autobiographies.

We recently spoke to Anneke about her time making the classic 1962 British film Some People.

Along the way we learned what it was like working with Kenneth More, about the location filming in Bristol, and just what advice on shrinking jeans she gave to the Duke of Edinburgh…

Have you seen the film more recently?

I had a mouldy old copy which I’ve been watching so that I could chat about it and bring up my memories. The trouble with old copies is that the lines are all wrong. Angela Douglas and I look like we have big fat bums! But now Network have brushed it up beautifully and no, no, no, we didn’t have big fat bums we were deliciously slender (laughs)! Though the blurb on the back of the DVD about young bored rebels living for kicks is so off the mark. It doesn’t describe what goes on at all. The film was commissioned for the Duke of Edinburgh’s Award schemes.

They’re quite blatant about that in the film.

Because of that there was a tremendous amount of good will towards the film, which enabled the producers Michael Birkett and James Archibald to bring in the best people. We had Clive Donner directing – brilliant! We had John Wilcox on camera – one of the best! And Nicolas Roeg on second unit, can you believe! And we had the wonderful Ron Grainer who did the music. So we were a crack team.

The location filming in Bristol is integral to the film, would you say?

Yes. Clive Donner had us all go down to Bristol a few weeks before so that the boys could learn the Bristolian accent and meet the bikers. We were given carte blanche in Bristol. We had access to the Filton Aerodrome where they were doing the sound barrier. Clive Donner’s way of working was cinéma vérité, so to get the flavour of authenticity the wonderful people of Bristol were in the film, and we, the actors, ad-libbed everything. Kenneth More (who incidentally gave up his fee for the cause) went to Filton airport as his character and the controllers were tickled pink because they were going to be on screen with Kenneth More who they’d all seen in Reach for the Sky playing Douglas Bader. You can see the twinkle in their eyes, but we filmed it in the moment. We had three units that day. So Kenneth is in the control tower; me and Nic Roeg and a bunch of others are on a special platform built on the runway, and another unit is further down the runway. We’re sitting around, waiting for it to happen, freezing, drinking coffee – but then the plane comes and takes off for the first time – ever! And we filmed it in the moment.

There’s a documentary style to the direction.

That’s what Clive Donner wanted. At the end when Bill steps into the Filton Church Hall with his mates – they were real biker boys! So Clive Donner says, “OK guys, when I say action – trash the place.” The boys very determinedly went straight in. They knew what to do!

Music is integral to the film too. Can you tell us a bit about that?

We had a wonderful band called The Eagles, a 60s rock band in Bristol. Their singer was Valerie Mountain, who had a deep Helen Shapiro voice. We had to put in an extra line, because Angela Douglas, who had to mime along to the vocals, had a much higher register. Of course, they were hoping for a hit, but the music is haunting.

The bath scene! That took a whole day to shoot and my poor bum was completely wrinkly by the end of the day! But yes, it was the fashion. Then of course we had a Royal premiere. The Duke of Edinburgh walks down the line, shaking everybody’s hand. He comes to me and he says, “I liked you in the bath.” (Laughs). Me being young and silly and cheeky I said, “Oh yes, Your Highness, you really ought to try it some time.” I still cringe. After all these years things that you do can still make you cringe!

I wonder if he ever took your advice? You’re in a lot of scenes with Kenneth More, whom you mentioned earlier. Was he as warm in life as he always seems on screen?

It was wonderful to work with Kenneth More. When you work these brilliant actors, it’s magic. He was sweet and generous, and we all absolutely adored him. We’d have parties at the hotel, and he’d say, “Drinks are on me.” Very sweet. I think it does come over that he and I form a father and daughter relationship.

It’s very convincing on screen. Ray Brooks’ father in the film is played by a pre-Steptoe and Son Harry H. Corbett.

Oh, his performance is brilliant, especially the bit in the pub. It’s a great scene, especially when Ray Brooks starts to play the piano, and the lovely old man leans against it. It was the style of film-making at of the time to just get down and do it.

The film features a young David Hemmings, pre Blow Up. Was there a sense he was a star in the making?

He and I had been at the same drama school. I’d known him since he was in baggy shorts. We were all young actors keen to get on. David was a great schmoozer, and he schmoozed very well! You could see he was going to schmooze his way to the top! There was David Andrews as well who was like a sort of James Dean. So beautiful.

David Andrews has done a lot of other things, hasn’t he? He became a director.

How was the film received at the time?

We had the lovely Royal premiere just off Leicester Square, and then off it went around the world dubbed into different languages. My mother who then lived in Spain saw it, and there I was on the big screen speaking fluent Spanish!

Any final thoughts on Some People?

I enjoy talking about it. I think it’s worth it. It’s a unique film and I’m very happy that it’s no longer forgotten. Being older now, and jaded, you look back at their japes as they’re running around the town, it’s all so innocent. That’s what strikes me when I watch it now. How young and how beautiful and how innocent we were.

Anneke Wills, thank you very much for talking to us.

Some People is released on DVD by Network on Monday 20th May. Visit Anneke Wills’ website for more information about her extraordinary life and career.