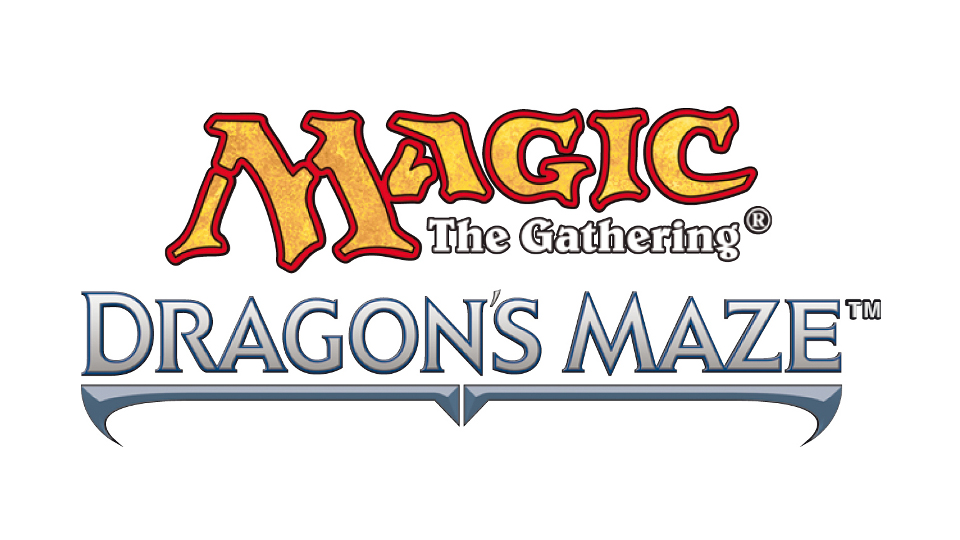 Magic: The Gathering is a trading card game that was created by Richard Garfield and first published by Wizards of the Coast in 1993. Since then it has garnered an incredible following and now has over 12 million players worldwide. Last year saw the release of the Return to Ravnica block which was followed earlier this year by the expansion, Gatecrash.

Our only previous experience with Magic: The Gathering was playing the excellent Magic 2013: Duels of the Planeswalkers on XBLA and iPad. We found the game had a steep learning curve and that we were at a definite disadvantage to players of the actual Trading Card Game. However the digital game is definitely easier to get into as it manages all the rules for you and holds your hand as you learn.

For our first look at the physical Trading Card Game we’ve been spending some time with one of the new Dragon’s Maze intro packs – Orzhov Power. Four other packs are available which are Azorius Authority, Rakdos Revelry, Gruul Siege and Simic Domination. These intro packs are aimed at new players and contain the following:

As usual, the quality of the cards in this Magic: The Gathering set is superb. Each card is very detailed with beautiful full colour artwork. The cards have a nice silky feel to them and they are fairly sturdy. As long as you look after them well they should be good for hundreds of games.

Existing fans would be able to open these up and get on with playing but it takes a fair bit of time to get up to speed for new players. The included instructions are enough to begin playing but to really get into it the best way is to find someone with at least a little experience to play against. We found that our experience from playing the digital game really helped us out.

Players take the role of a powerful wizard, known as a planeswalker, who must use their card deck to do battle with opposing planeswalkers. The aim is simply to reduce the health of your opponents to zero before they take yours. This is done by playing land cards to tap for mana which can then be used to cast spells or summon creatures. Creatures can be summoned to attack your opponent as well as defend you by blocking attacks from enemy creatures.

The gameplay mechanics from the previous Return to Ravnica sets return alongside new mechanics and some changes. The split cards feature a new twist called fuse. Split cards are single cards that feature two cards and the player can choose to cast a single card or both. Dragon’s Maze also features multi-coloured cards that require you to carefully manage your mana.

To help with mana Guildgate land cards return that can be tapped for one of the associated Guilds two types of mana. Rather than disappoint players with the same cards they may already have from earlier in the block the art has been updated on these cards.

The Orzhov Power set that we’ve been playing with seems to be well balanced but also a powerful set. It encourages you to play defensively while making use of the extort mechanic to leech life from your foes. When looking for cards to improve your set the Gatecrash set appears to be a good place to start.

As complex as the game is to play it’s also a lot of fun and collecting more cards is addictive. As you grow in experience and add to your collection your ultimate aim is to build your own custom deck for your battles. Doing so allows you to tailor your deck to your playing style. Changing your cards around also keeps the game fresh and your opponents guessing.

Overall we’re impressed by what we’ve seen of the Dragon’s Maze expansion. We’re also intrigued to learn more and can see ourselves stocking up on more packs to improve our deck. The intro packs are great for new players but experienced players will probably want to add them to their collections as well. It takes time to learn, and more help would be nice, but if you fancy getting into Trading Card Games then you can’t really go wrong if you choose Magic: The Gathering.

Advertisement. Scroll to continue reading.
In this article:Dragon's Maze, Magic The Gathering, MTG, TCG, Wizards of the Coast