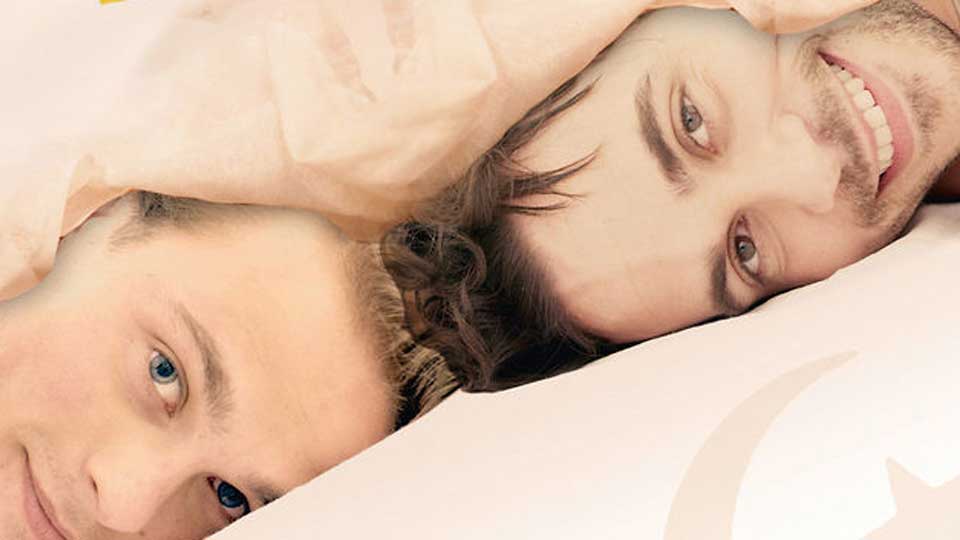 Bram (Cem Akkanat) is a closeted gay Turkish Muslim whose family have arranged for him to marry his cousin Elif (Gamze Tazim). When it comes to travelling to Turkey to meet his wife-to-be, Bram decides to take gay friend Kevin (Simon Van Buyten) along with him for the ride. The two men arrive in Turkey and share a room in the hotel as Bram tries to battle between his head and his heart. Meanwhile his younger brother Furkan (Lukas De Wolf) causes havoc as he acts out sensing that there is something different about Bram. He spends his days terrorising a local business and dealing with the disappointment of his family.

Mixed Kebab is a suitable title for this movie as the experience is certainly a mixed one. On the one hand it feels like it could have been a brave movie that challenges pre-conceptions and taboo subjects in Turkey. Unfortunately the film never really understands the issues its exploring making the whole story feel rather superficial.

The main problem comes with the relationship between Bram and Kevin. Early on in the movie they have an exchange at a bar where Kevin asks Bram outright if he’s gay or straight. He doesn’t get a very clear answer yet all of a sudden the two men are comfortable sharing a room together and getting hot and heavy in a hotel sauna. To say their actions are careless would be an understatement but there’s absolutely no conflict for Bram as he prepares for a wedding yet beds his new-found friend Kevin. Why Kevin even accompanies him on his trip in the first place raises more than a few questions. There’s also a shower scene when they first arrive at the hotel where Kevin thinks nothing of Bram stripping off and joining him despite the two barely knowing each other.

Another issue the film suffers from is multiple storylines detracting from the story of Bram. The plot involving Furkan is clichéd and boring whilst Elif’s relationship with a conveniently placed hotel porter who spies on Bram and Kevin stretches believability. Mixed Kebab spends too much time on these plots when really all we want to do is focus on Bram and Kevin.

The performances are actually pretty decent. Cem Akkanat in particular does well with not very much to work with. His character suffers from a serious lack of development which is a shame as he’s a good actor. Simon Van Buyten similarly does the best he can with a woefully under-written role.

Mixed Kebab is a disappointing effort from writer/director Guy Lee Thys. What could have been an engaging, emotive and involving story left us feeling underwhelmed and cold. More focus on the main storyline and fewer sub-plots would have given Mixed Kebab a stronger central story and given the lead actors more to work with. As it is the film is too busy and fails to develop any of its plot strands to an adequate level.