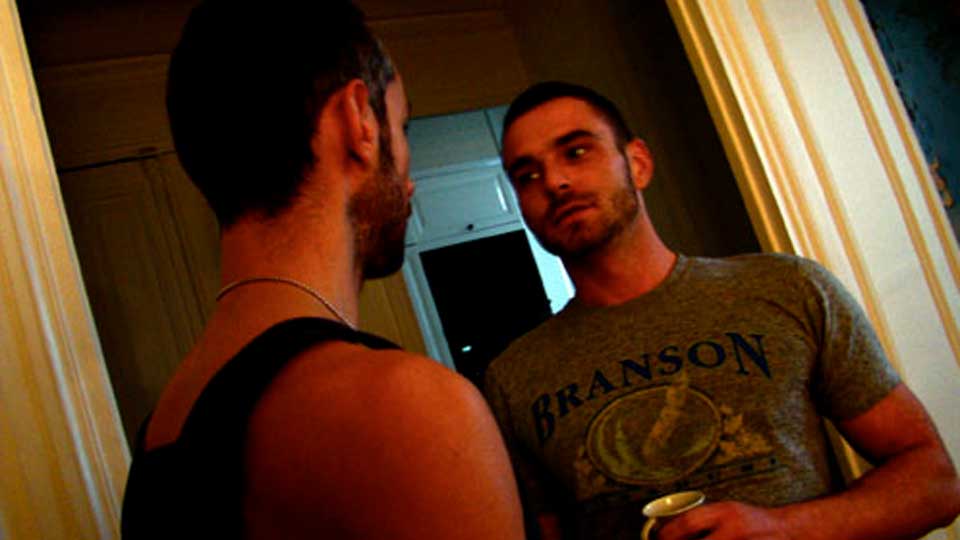 Director Claude Pérès invites actor Marcel Schlutt to come over to his apartment and have sex with him on camera. With no script, no film crew and no boundaries, Pérès poses questions about sex and sexuality to Schlutt whilst the too dance around getting intimate with one another. Neither man has met prior to the filmed encounter and both are free to leave at any time.

Unfaithful is a rather odd release that mixes the boundaries of art house film and pornography. The title actually means nothing at all in the context of the film and there’s no clarity by the end as to why Pérès has given it that name. What Pérès clearly set out to do was to make an engaging, throught-provoking documentary that pushes the boundaries of expectation. What he ends up making is a poorly lit, at times very dull and often self-indulgent, waste of time.

Whilst Magic Mike managed to make hot men stripping incredibly boring, Unfaithful makes two hot guys having sex even duller. Part of the problem is that Pérès insists on asking mundane questions to Schlutt but he does it in a way that suggests he’s offering some profound insight into sexuality. At one point he declares that the film ‘is not about sex’ but if that’s truly the case then what is the actual point?

There’s no denying that Marcel Schlutt is a very attractive man. He’s best-known for gay movies such as Locked Up and Alex and Leo, and he’s very easy on the eye. It’s a little uncomfortable though to watch Schlutt playing with himself whilst Pérès acts as a voyeur complimenting him. It’s like we’ve been given an insight into a celebrity sex tape yet the actual sex feels very pedestrian and boring.

Unfaithful is a film that raises more questions than it answers. Whilst there is some titillation to be had enjoying the two men’s naked bodies, much of the action takes place with odd camera angles or in near darkness so you can’t actually see what’s going on. Whatever Pérès’ intention was with this film we don’t think he achieved it and that’s a shame. This could have been boundary pushing stuff but instead it’s a bit like a bad sex tape with forced self-indulgent commentary throughout.