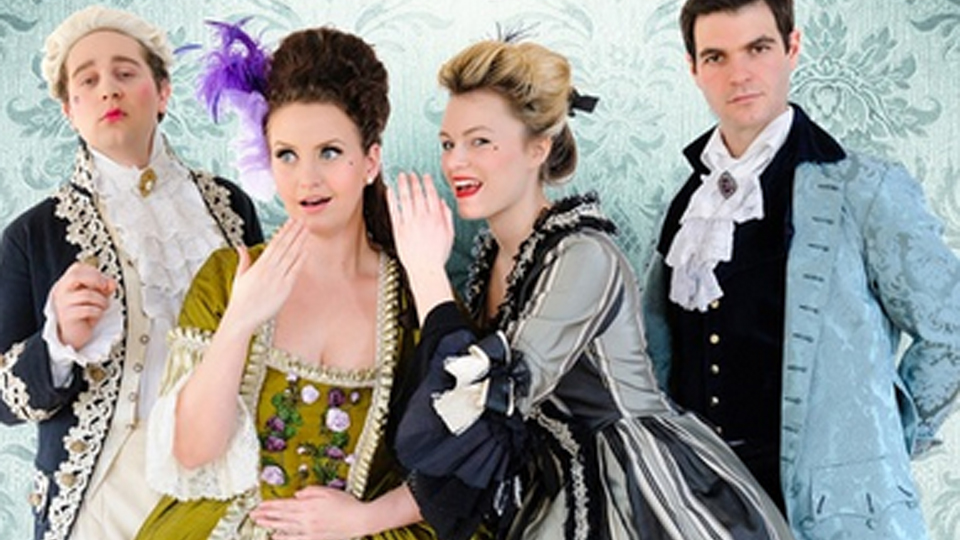 First performed in London’s Drury Lane Theatre in 1777, Richard Sheridan’s satirical play The School For Scandal returns to the stage in this witty production from director Zoe Ford.

The drama centres around a group of eighteenth century socialites who revel in the demise of their peers, lasciviously gossiping over divorces, affairs and bankruptcy with unbridled glee. Chinese whispers abound when the wealthy Sir Oliver returns to London to select which of his nephews shall become his heir. It’s not long before the rich uncle has to wade through deceit and double-crossings to decipher who is worthy of his fortune.

The laughs come steadily throughout, despite it being a bit of a one-joke play – laughing at those who treat gossip as important as the air they breathe. The majority of the characters like nothing better than a good bitching session which means there is a lot of similar characteristics and dialogue. A few of the socialites could be interchangeable, although the actors from Turn The Wheel productions do generally convey their salacious yearnings with aplomb.

Tabitha Becker-Kahn steals scenes with her portrayal of country bumpkin Lady Teazle, who has found herself in high society without the necessary airs and graces. Wide-eyed and loose-lipped, Becker-Khan has a ball with the character and although she had a few unfortunate mishaps, including making her entrance with a thud, she was eminently watchable throughout.

James Taylor Thomas borrows from Kenneth Williams for his ultra-camp turn as Sir Benjamin Backbite but certainly provides the laughs. Most of the acting was fittingly over-the-top, especially for some of the more farcical moments, although a couple of the performers could take it down a notch. One actress was practically convulsing at points and had a habit of chewing the scenery while waiting for her lines.

There must be special mention for Rob Maloney who gallantly stepped into the role of Sir Peter Teazle at the last minute due to illness. It was undeniably distracting that he was reading off script for most of the performance but he threw himself into the otherwise well-rehearsed production.

The play was given a few modern touches, including some neon make-up and the use of a Eurythmics track, but this could have been taken much further and seemed like a bit of a missed opportunity. The functional set was well-lit but offered few surprises – a bit like the play itself.