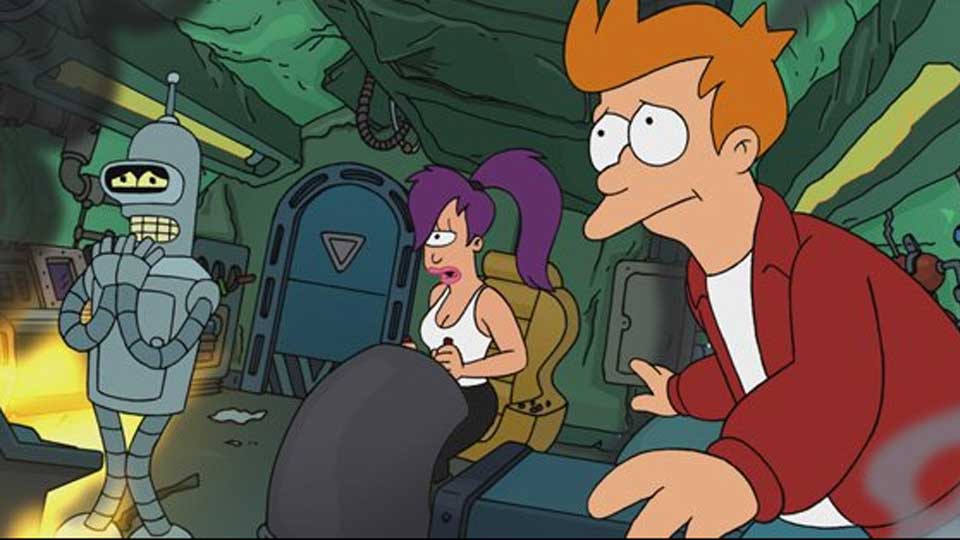 Futurama: Season 6 is being released on Blu-ray and DVD on 24th June via Twentieth Century Fox Home Entertainment.

The popular series, created by The Simpsons’ creator Matt Groening, is set in the year 3000 and follows the life of pizza delivery boy Fry. The sixth season contains 13 new episodes with stories that include time travel, self-replication, covert missions and alien eggs.

In 2012 the show pick up an Emmy for Outstanding Animated Program beating off competition from American Dad, The Simpsons, Bob’s Burgers and The Penguins of Madagascar.

Advertisement. Scroll to continue reading.
In this article:Futurama