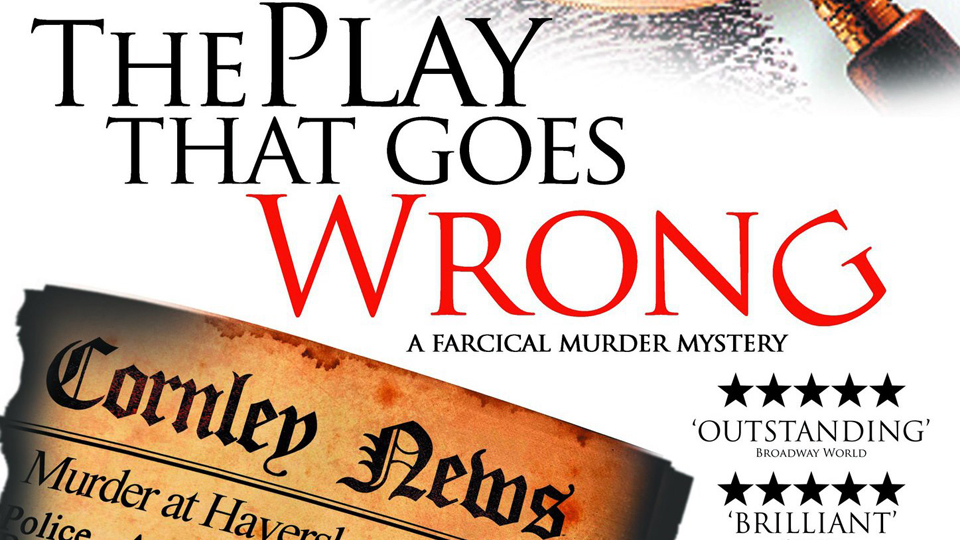 We’re delighted by news that the wonderful farce we recently reviewed during its run at the Old Red Lion Theatre, The Play That Goes Wrong, is transferring to the West End with a run at Trafalgar Studios.

Putting a capital ‘A’ into amateur – the Cornley Polytechnic Drama Society are a disaster waiting to happen as they stage for your delight and delectation their 1920’s murder mystery Murder at Haversham Manor. Watch with toe-curling embarrassment and delight as anything that can go wrong does go wrong – and spectacularly!

The Play That Goes Wrong is by Mischief Theatre, who were formed in 2008 by graduates of LAMDA. Since their inception they have produced numerous scripted and improvised comedy shows across the UK and beyond.

The Play That Goes Wrong runs at Trafalgar Studios from 30th April to 8th May. Tickets can be booked through the ATG website.