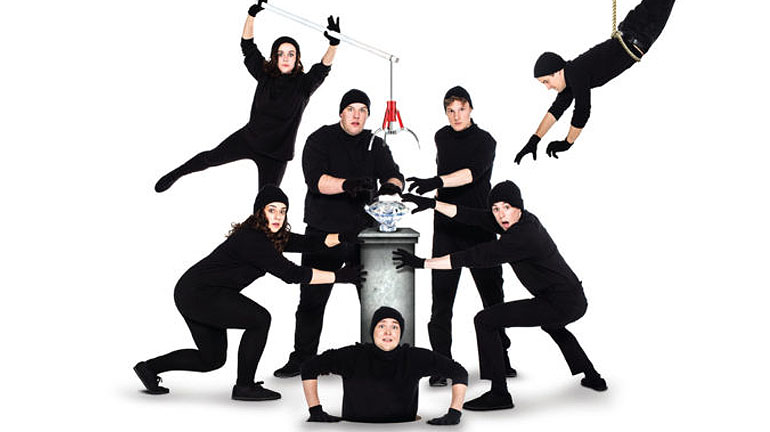 Following the phenomenal sell-out success of the breakthrough multi-award-winning comedy, The Play That Goes Wrong, Mischief’s The Comedy About A Bank Robbery is a fast and fabulous comedy caper hailed the funniest show in the West End.

Summer 1958. Minneapolis City Bank has been entrusted with a priceless diamond. An escaped convict is dead set on pocketing the gem with the help of his screwball sidekick, trickster girlfriend and the maintenance man. With mistaken identities, love triangles and hidden agendas, even the most reputable can’t be trusted. In a town where everyone’s a crook, who will end up bagging the jewel?

Producer Kenny Wax says: “We are thrilled that this production follows hard on the heels of the sold-out tour of The Play That Goes Wrong. Audiences are in for another hilarious treat and we salute Mischief for having written another wonderfully funny play.”

The Comedy About A Bank Robbery is at Leeds Grand Theatre from Monday 22 to Saturday 27 October 2018. Book online at leedsgrandtheatre.com or call Box Office on 0844 848 2700.