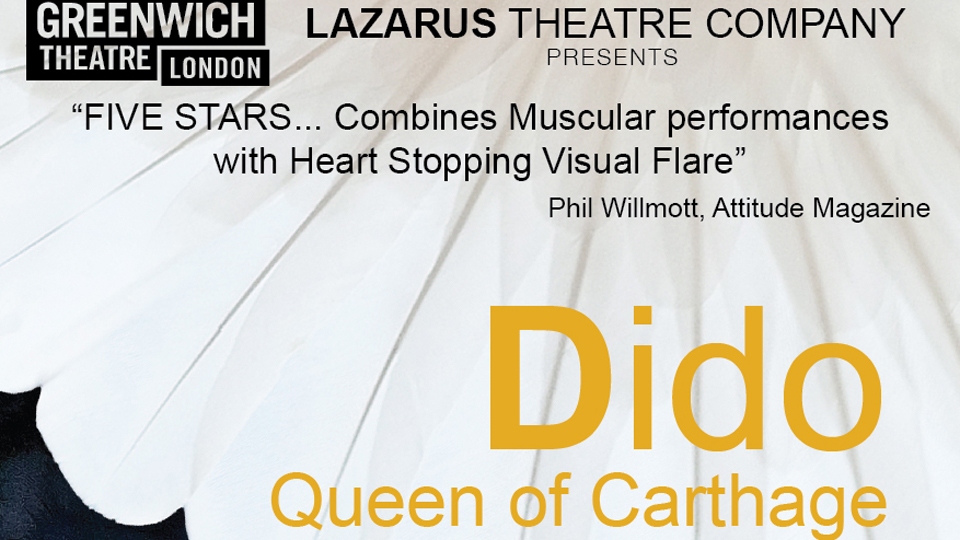 Lazarus Theatre Company present two classic plays at the Greenwich Theatre in May and June. Check out the trailer above.

With a large ensemble, Lazarus use text, movement and music in their work. They will stage both Marlowe’s Dido, Queen of Carthage and William Shakespeare’s Lear for their debut at the Greenwich Theatre.

The female-led production of King Lear was first staged in 2012 at The Space and returns for Greenwich Theatre audiences.

Performance dates are 14th May to 1st June, with the two plays alternating:

Tickets can be booked through the Greenwich Theatre website or by calling the box office on 020 8858 7755.