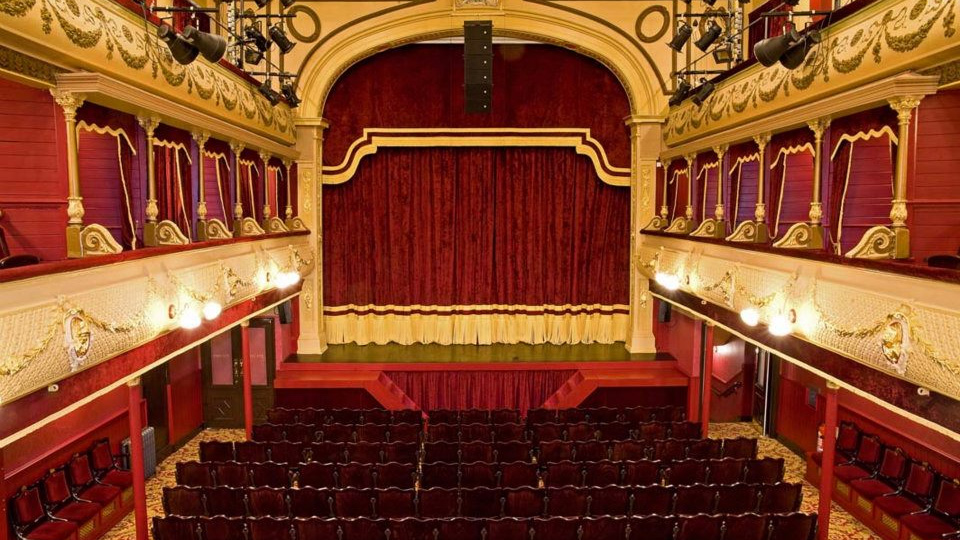 Following the success of Follies and Everybody’s talking about Jamie, Leeds City Varieties is set to strengthen its live screenings this autumn with performances of King Lear and Julie.

Having installed state-of-the-art cinema equipment in 2017, the country’s most famous music hall and Grade II listed venue provides a unique environment in which to watch live theatre and delayed screenings, plus music, ballet and opera.

Wild and newly single, Julie throws a late-night party. In the kitchen, Jean and Kristina clean up as the celebration heaves above them. Crossing the threshold, Julie initiates a power game with Jean – which rapidly descends into a savage fight for survival.

Terry Abraham Q&A with a screening of his Alan Hinkes documentary. Friday 7 September at 7.30pm.

One of just a handful of people worldwide who have conquered the 8000-metrepeaks – the world’s collection of 14 highest mountains – Hinkes is a playful 63-year-old with the spirit and energy of a 21-year-old.

Here for the first time he is given a true testament on film by photographer/filmmaker, Terry Abraham. His intimate portrait captures the spirit and ambition of Hinkes, not only telling his story, but also conveying his fierce passion for the great outdoors.

A charming, funny and fascinating study of an older adventurer’s undying passion and refusal to grow old gracefully, Alan Hinkes – the first Briton to climb the world’s highest mountains is a beautifully made study of an old-school adventurer.

Considered by many to be the greatest tragedy ever written, King Lear sees two ageing fathers – one a King, one his courtier – reject the children who truly love them. Their blindness unleashes a tornado of pitiless ambition and treachery, as family and state are plunged into a violent power struggle with bitter ends.

To find out more or book tickets visit cityvarietiesmusichall.co.uk or call the box office on 0113 243 0808