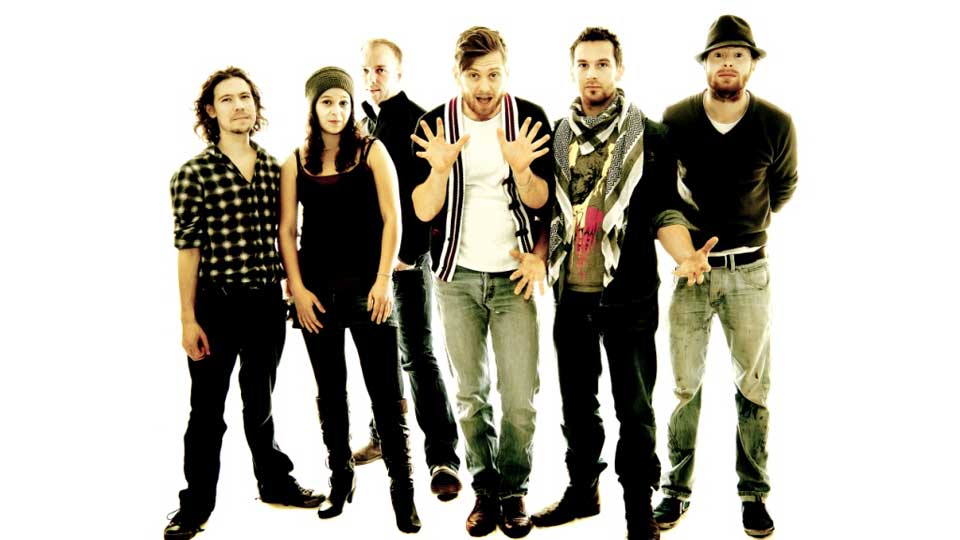 Yes Sir Boss had a busy 2012, which saw them playing a total of 150 live shows across the UK and Europe. Playing live is something that the band have a strong passion for and they have currently been on a headline tour of Germany and Switzerland and they have a packed summer of festival slots ahead of them too. Yes Sir Boss’s sound takes its foundations from ska and funk, them adds spaghetti-western tinged jazz horns and pop/soul infused vocal melodies to create enough interest to broaden their appeal across genres.  Yes Sir Boss are signed to Joss Stone’s record label, who duets on the song.

Joss Stone’s appearance on the record happened almost by accident. After having a jam with Joss for the first time Matt acknowledged “I had never intended for the song to be a duet, but the addition of female vocals seemed to add clarity to the lyrics, and in a away, make the song complete”. Joss added “I love the song, it sounded great when we sung it together so we recorded it, simple as that!

The track opens up with Matt Sellors very deliberate and striking vocals, which make for a very interesting sound that sounds almost comical and jokey, in an Outkast Hey Ya! type of sense, as if they are having fun with the record as they are singing it. As the track progresses, it’s Stone’s vocals who tend to dominate the track. We’re glad that the song came to be a duet, as Mrs #1 flows with ease between with front man Matt Sellors’ soulful and cool vocals, to Joss’ sultry, soulful and rootsy vocals. The song has a very accessible and commercial pop sound, which combines catchy melodies with a funky bass line. Lyrically, the song is about trying too hard in love, the tune is melodic and fun and the horn sections are wonderful. This is a really cool tune, which seems to go by very quickly after you hit play, which is always the sign of a great track!