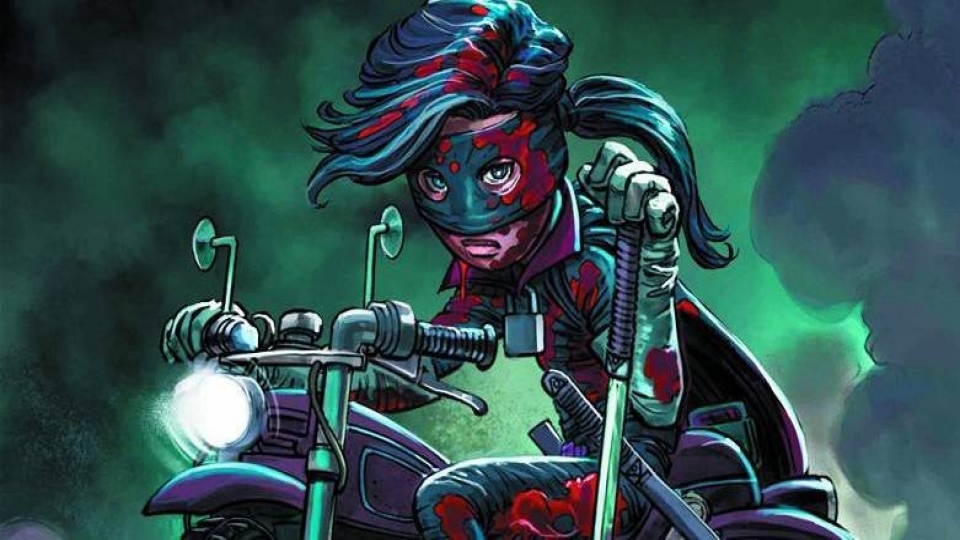 Hit-Girl is the break-out character from the original Kick-Assgraphic novel.  This isher own dedicated spin-off story that acts as the first act to the brand new movie, Kick-Ass 2! The first movie directed by Michael Vaughn (Layer Cake, Stardust), was an instant smash hit, grossing $103m worldwide,Kick-Ass returns to the big screens for ahotly-anticipated sequel this July.

Hit-Girl spins off into her own blood-soaked saga! Mindy tries to settle down as a regular schoolgirl, but really wants to be dispensing justice to the scum of New York. She takes Kick-Ass on as her sidekick, and, in return, he is helping her to survive school – without spilling anyone’s blood. But when Kick-Ass gets benched, leaving her to face the mafia solo, even Hit-Girl may be in over her head.

Thanks to our friends at Titan Books, we are giving you the chance to win one of 3 copies of Hit-Girl.