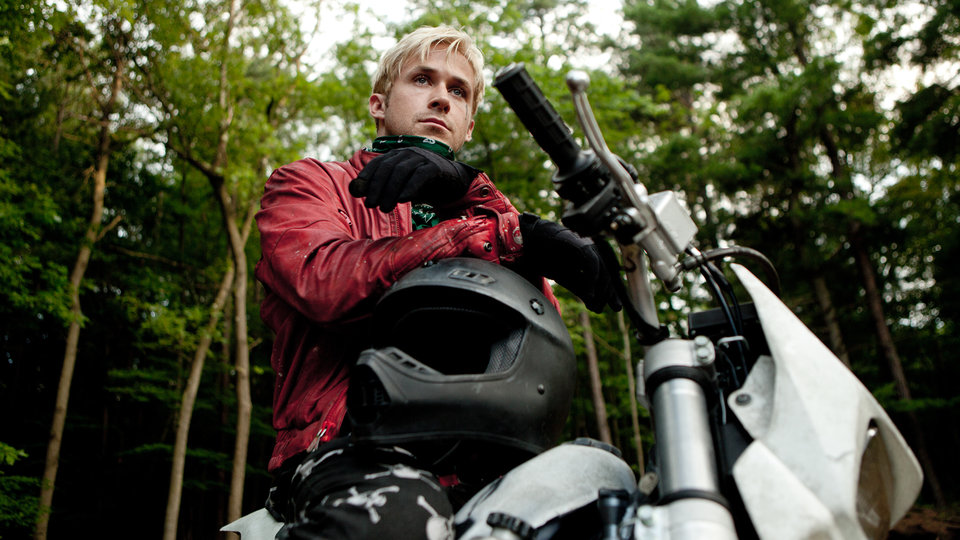 The Place Beyond the Pines (out in cinemas now), stars Ryan Gosling and Bradley Cooper in a dramatic story of fathers and sons. The film features an amazing opening sequence that introduces us to Ryan Gosling’s character Luke.

Here, we look at that scene in detail and recount some other memorable opening scenes in film:

The Place Beyond The Pines

Derek Cianfrance’s epic led by Ryan Gosling and Bradley Cooper, begins with one of the most memorable opening sequences for sometime as the camera tracks Gosling’s Luke Glanton from his dingy trailer right through to boarding a motorbike and entering a Ball of Death; a contraption whereupon three motorcyclists enter and perform the famous stunt.

The camera remains in close proximity to Gosling’s stuntman driver, with Cianfrance’s refusal to cut away from the nail-biting action heightening the realism in an opening that kicks off a film that regularly recaptures the thrill.

If there was any bother as to whether Sam Mendes’ Bond outing Skyfall was going to be much cop, this opening scene shoots any doubts to sunshine in an intricately-edited extended action sequence that rivals the franchise’s best. Building to a hugely nail-biting crescendo, the scene comes to an unexpected abrupt close as Adele’s Oscar winning title song begins.

Whilst Tarantino’s directing flair is present, this opening scene is stolen by Christoph Waltz’s calmly-deployed interrogation of farmer Perrier LaPadite who may or may not be hiding a Jewish family beneath his floorboards. The lengthy power play between the two is an opening for the ages, and carves Waltz’s Jew Hunting Hans Landa as a force to be feared.

Scream’s opening scene lingers in the memory once the film has ended, solidifying it as potentially one of the greatest horror has to offer. Drew Barrymore’s home alone teenager is hounded by incessant phone calls from an unknown figure who goes from harmless horror quiz master to slashing pursuer in a matter of minutes. The scene kick-starts Wes Craven’s Scream canon, introducing us to Ghost-face killer in the process, as well as shocking audiences by killing off one of the most famous members of the film’s cast.

Raiders Of The Lost Ark

Indiana Jones’s escapades inside an ancient Peruvian temple is one of the most assuredly exciting openings to an adventure film committed to celluloid, with Harrison Ford’s whip-cracking archaeologist setting off (and dodging) numerous booby traps so he can obtain an artefact. Steven Spielberg provides an opening scene masterclass, perfectly setting the tone for the film (and trilogy), whilst introducing us to Indy – one of film’s most famous figures – mid-action.

Opening a horror classic with vast shots of endless roads surrounded by mountainous terrain enables you to remember this isn’t just a Stephen King adaptation, but a Stanley Kubrick film. As the Torrance family drive further onwards, the score gives an unnerving sense that something ominous awaits them at their destination. A chillingly memorable, yet visually impressive opening scene.

Quintessential Quentin, Pulp Fiction’s opening scene may encapsulate the director’s flair better than any other. The scene fixes firmly on Tim Roth and Amanda Plummer’s Pumpkin and Honeybunny, sat in a restaurant as their conversation changes from robbing banks to robbing the very restaurant they’re sat in. The scene reaches its abrupt climax as they put their words into action, concluding a tense, thrilling opening scene of a postmodern classic.

An 8-minute opening that introduces the audience to the setting, character and tone relevant to the film that’s to follow; most films take the first half an hour to do it, but all Robert Altman’s early nineties classic needs is an opening scene – visually impressive and immensely enjoyable, not to mention fit with a knowing nod to another classic opening on our list.

Just one of the many reasons Orson Welles was and is so revered today is down to the opening of Touch of Evil, a 3-minute long shot that follows a car the audience just witnessed be triggered with a time bomb. When an unknown man and a woman enter the car and drive away, the camera pursues it filling the audience with dreaded anticipation. An overbearing sense of tension layers the opening scene to one of the last film noirs.

Alfred Hitchcock’s Rope begins outside an apartment as a choked moan is heard from within – Hitchcock cuts to two men strangling a man to death, proceeding to hide his body in a chest. John Dall’s murderer calmly opens the apartment’s curtains, shedding light on the single set the film contains. A shockingly gratuitous opening to a morally-complex, yet underrated film, Hitchcock defies expectation within mere minutes.