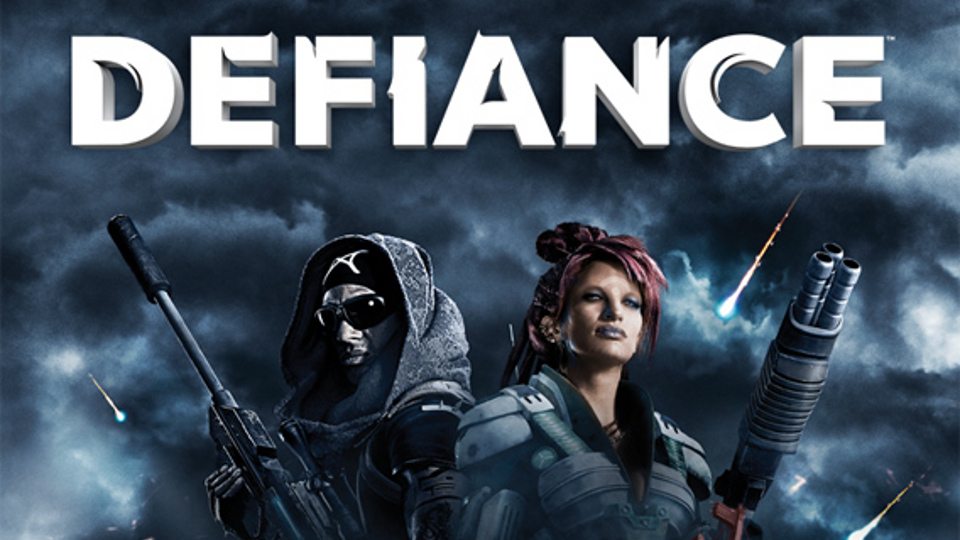 [quote by=”Nathan Richardsson, VP of Development for Trion and Executive Producer of Defiance”]We’re incredibly proud that after five years of development, we are bringing this ambitious project to life. The game launch is just the beginning of a truly unique entertainment experience and, in a couple weeks’ time, you’ll be able to tune into Syfy to see the story unfold, the characters develop, and realize transmedia entertainment unlike ever before.[/quote]

In Defiance thousands of players, who take on the role of an Ark Hunter, scour a transformed Earth in search of valuable alien technology. Each ark hunter can play to their strengths, customizing special abilities as well as upgrading a huge variety of both modern and alien weaponry that is at their disposal. Players can hunt alone or with others as they engage in massive co-op boss battles and fierce multiplayer combat known as Shadow War, in addition to taking on dynamic missions in campaign mode while exploring this constantly evolving world.

Digital copies of Defiance can be purchased online at http://defiance.com/en and both digital and physical games are all available at all major video games retailers. Standard editions start at £44.99 for on console and £34.99 on PC. The Collector’s Edition is available for £64.99 on console and £54.99 on PC, with a variety of in-game bonuses as well as an exclusive Hellbug figurine included in the physical version. A limited run Ultimate Edition is available for console players at £89.99 and PC players for £79.99, which includes all items in the Standard and Collector’s editions, a season pass, and an exclusive messenger bag.

EF will be bringing you more details on Defiance soon as well as a full review later this month.