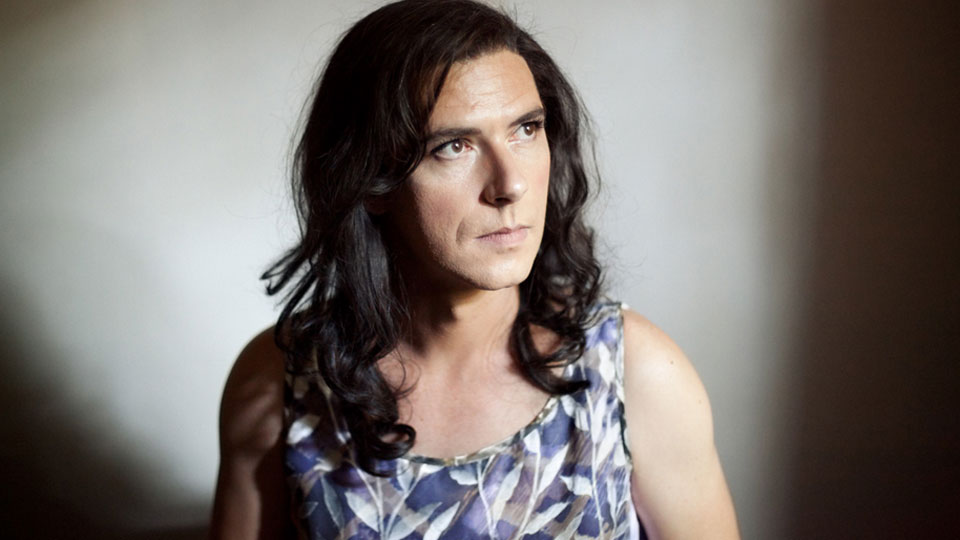 Xavier Dolan has proven himself to be one of the best film-makers in the LGBT genre. Since his debut feature film I Killed My Mother in 2009, Dolan has become of the most talked about and celebrated emerging talents. His follow-up, 2010’s Heartbeats, showed another side to his abilities before he hit a home run with this movie Laurence Anyways last year receiving critical acclaim across the world. For the first time you can get all of his films in one boxset La Folie D’Amour – The Xavier Dolan Collection.

I Killed My Mother

Hubert (Xavier Dolan) is a troubled teenager constantly at odds with his mother (Anne Dorval). Constantly bickering and ripping each other to pieces, Hubert’s hatred toward his mother quickly escalates. Finding solace in the arms of boyfriend Antonin (Francois Arnaud) and school teacher Julie (Suzanne Clement), Hubert is devastated when his parents decide to send him away to boarding school. Can Hubert rebuild his fractured relationship with his mother?

I Killed My Mother was one of the Centrepiece Screenings at the 2010 BFI London Lesbian and Gay Film Festival. A remarkably striking debut for the then 19-year-old Xavier Dolan (he wrote, directed and stars in the movie), I Killed My Mother was one of the festival’s biggest talking points. Dolan’s unflinching portrayal of a wildly incompatible mother and son is at times funny, moving and unsettling. The way that Hubert treats his mother is disgusting but at the same time she is so far removed from the life her son leads that you don’t feel too much sympathy for her. Happier having spray tans and buying oddly patterned things, Hubert’s mother Chantale is a nasty piece of work. The contrast between Hubert’s relationship with his mother and his relationship with his teacher is one of the most striking things about the movie. Julie wants to nurture him and can relate to having a difficult parent. In her, Hubert finds a companion who understands him but also someone he looks up to and admires.

Xavier Dolan is a revelation as the central character. Despite spending a good percentage of his time screaming at his on-screen mother, Dolan realistically portrays a gay teenager disconnected from his family. You feel and understand his frustration and whilst he may take things to the extreme as Hubert he does highlight a situation that many gay teens find themselves in around the world. Chantale doesn’t want to understand her son or get to know him – he’s more of an irritation than a friend or companion. She allows her relationship with Hubert to disintegrate. Anne Dorval plays Chantale magnificently and manages to bring humour to the surface of an otherwise unlikeable and horrible character. A key scene is where Chantale is screaming at one of her son’s teachers down a phone after finally reaching the end of her patience. The scene is both hilarious and subtly devastating.

I Killed My Mother is a fantastic accomplishment for Dolan. It tackles its subject matter head-on and makes no apologies for the raw and unflinching way it portrays its main characters. Hubert isn’t always a likeable character but he’s realistic. I Killed My Mother is the start of a bright career for Xavier Dolan and paved the way for his second feature Heartbeats.

Teenagers Francis (Xavier Dolan) and Marie (Monia Chokri) are the closest of friends until they meet the striking Nicolas (Niels Schneider). Soon the two friends find themselves competing for Nicolas’ affections whilst he seemingly laps up the attention and encourages them both. Whether or not Nicolas is interested in either Francis or Marie seems irrelevant but the two friends are prepared to do whatever they have to in order to win.

Heartbeats is the follow-up to Xavier Dolan’s directorial debut I Killed My Mother. The movie sees Dolan having a little more fun than he did with his debut, this time exploring the romantic drama genre with a healthy dose of comedy thrown in the mix. Proving that I Killed My Mother was no fluke, Dolan has crafted another realistic portrayal of teenage life.

At the heart of the movie is the chemistry between Francis, Marie and Nicolas. Whereas Nicolas is an unwilling participant in a complicated love triangle, Francis and Marie appear to thrive off their rivalry. Despite showing no particular interest in either of them, the two friends resort to dirty tactics and at one point physical fighting in their quest to win his affection. Nicolas is hardly innocent due to his touchy-feely manner and willingness to embrace, and even sleep in the same bed, as both friends.

Monia Chokri and Xavier Dolan work wonderfully together on screen. Their ability to go from the best of friends to the worst of enemies in a single scene is mesmerising. You really believe that their friendship is as complicated as it appears on screen and the movie’s final scenes leave you with a wider understanding of how the relationship between the two really works. Chokri portrays Marie as the more scheming, and unstable, of the friends whilst Dolan is dreamy and longing in his love for Nicolas. Niels Schneider isn’t actually required to do all that much in the movie apart from look striking on screen. His character isn’t as developed as those of Francis or Marie.

Heartbeats is another triumph for Dolan. The Canadian youngster is proving to be a force to watch in cinema with both of his movies being listed amongst our favourites of the past two years. His direction is arty and stylish whilst his storytelling is realistic and relatable. Heartbeats is a magnificent movie and we can’t wait to see what Dolan offers up next. Keep your eyes on this one, he’s as talented as he is beautiful.

Quite where Xavier Dolan acquired the talent and ability to create a Cannes-worthy film (it was screened at the prestigious film festival this year) at 23 is beyond me. As such, he’s perhaps a little in common with Girls’ Lena Dunham; what’s more, like the girl of the moment, there’s a admirable stubbornness to Dolan’s work, a sense that he wouldn’t back down in his attempt to create this film he intended. In this instance, he’s attempting to portray the dense, epic relationship of two passionate lovers across a ten-year trajectory (thus, the laborious two-and-a-half hour running time is understandable, if at times regrettable): quite audacious when you consider he’s barely experienced five minutes of adulthood himself. And yet he pulls off the challenge with style, wit and, at times, great helpings of pretentiousness.

Brooding introvert Laurence Alia (played with curious restraint by Melvil Poupaud) is a Montreal-residing intellectual: he’s also a male-to-female transexual, something his female partner, brassy extrovert Fred Belair (played with loveable, vivacious spirit by Suzanne Clement – think Denise Black in Queer As Folk) supports with all her heart – until she later decides she can’t anymore. Thus their lives veer in different directions and they acquire new, hugely significant but ultimately hollow relationships apart from each other…only for their love to pull them back together again years later.

We can’t think of many on-again, off-again romances half this length we could bring ourselves to sit through, but with Poupaud and Clement’s quirky, colourful and above all kindhearted creations, the investment comes naturally. The overarching gender and sexuality complexities that play out are dealt with gracefully and in a lot of depth – but never for cheap laughs. There are dramatic tantrums (Fred practically flipping a table and screaming like a predatory animal when a waitress in a coffee shop asks one too many invasive questions about Laurence etc.), but in its essence, it’s that sense of two human beings baring their souls in the dead of night in an attempt to truly connect with and understand each other that really shines through.

That said, the stylistic directorial flourishes of Dolan’s resonate almost as deeply as the story. He cuts no corners in recreating a hip, colourful Montreal lazing its way through the 90s; from the old banger cars our protagonists drive to their array of haircuts and DIY dye-jobs; from the slavishly handpicked and achingly cool soundtrack to the look in bystanders’ eyes (suspicious, albeit increasingly more relaxed and freethinking as the years go by): the sum of all parts simply screams 90s. And it’s a joy to go back there, especially in such a fabulous, handsome city, and especially when it’s frequently autumn – cue countless shots of charismatic, chocolate box streets bathed in golden sunlight. Poupaud is probably the film’s highlight though; and for all the profound emotional changes his character undergoes, he always employs a crucial sense of sameness that suggests intelligence and empathy.

Laurence Anyways has many sad moments, but you’ll leave the cinema having drawn three largely positive conclusions. Number one, the 90s were great. Number two, Montreal is amazing. And number three, people are at their best when they’ve the guts to be their true, illuminated selves – and Dolan is an invaluable writer and filmmaker for reminding us of that.