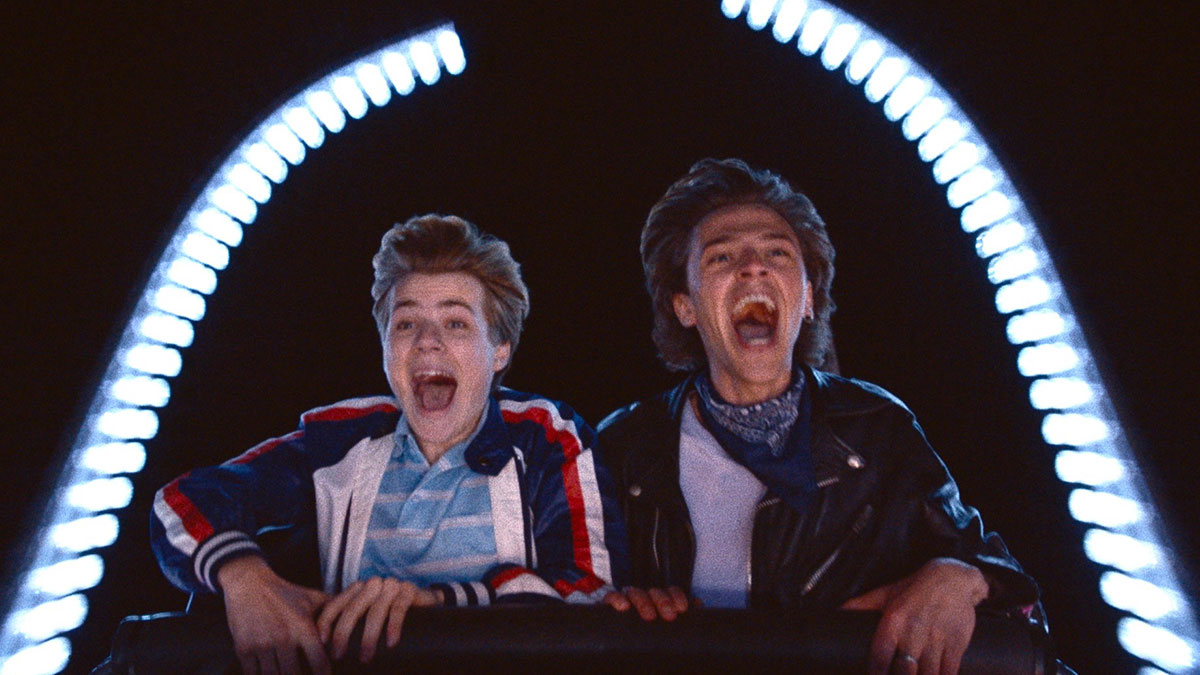 Alexis Robin (Félix Lefebvre) is a promising writer, encouraged by his teacher M. Lefévre (Melvil Poupaud), who lives with his parents in Normandy in the 80s. When he goes boating in a friend’s boat, it capsizes and he’s saved from drowning by David (Benjamin Voisin), an intense and mysterious boy whom Alexis becomes quickly besotted with. As the two grow close as friends, and romantically, their relationship takes an unexpected twist that threatens to push Alexis over the edge.

‘Summer of ‘85’ is the latest film from François Ozon and it’s a coming-of-age drama that packs in a bit of a gut punch. Based on the novel by Aidan Chambers, the film tells two different – but related – stories over its duration. The first half focuses on Alexis’ blossoming sexuality and his desire to find his place in the world. He longs for a best friend and that is manifested by the arrival of David, a boy with an edge who makes his desire for Alex clear very quickly.

The relationship becomes all-consuming for Alexis, who begins to live and breathe David. He gets a job working at David’s mum’s shop and the two boys spend nearly every waking minute in each other’s company. Ozon captures the feeling of first love well, with Alexis and David having eyes, initially, only for each other. Their relationship is thrown off track by the arrival of English girl Kate (Philippine Velge), which propels the film from a cosy coming-of-age drama to something altogether more tragic.

That tragedy is made clear in the opening moments as Alexis appears to be in trouble and the film’s story is told through flashbacks. David’s death in a motorcycle accident at the movie’s mid-point marks a significant shift in tone as Alexis is forced to deal with grief, presumably for the first time. Without David by his side, and deep with regret over how their last interaction unfolded, Alexis turns to Kate as he tries to cope with losing his lover.

Félix Lefebvre and Benjamin Voisin both give fantastic performances. Lefebvre convinces as a boy just coming to terms with his sexuality. Refreshing he doesn’t play Alexis as a closeted and struggling young man, instead he’s happy to go with the flow when his feelings for David take over him. Voisin on the other hand is very good at playing a rogue with an edge and you can see why Alex falls so hard for David. He has that James Dean vibe that makes you forgive his bad behaviour. The two actors together are dynamite and they’re a joy to watch together on screen.

‘Summer of ‘85’ does stretch credulity in the second half but to be honest, I didn’t mind. By that point I had bought into Alexis and David’s relationship, and I found the shift in tone interesting rather than jarring. For me, ‘Summer of ‘85’ is a time capsule of first love and dealing with the realities that life brings, and I thoroughly enjoyed it from start to finish.