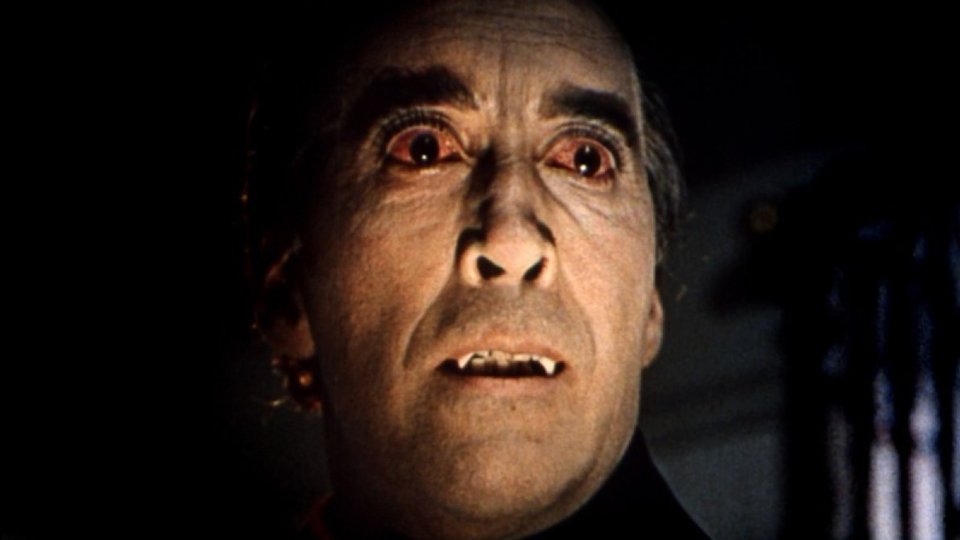 Dr. Van Helsing (Peter Cushing – Star Wars IV: A New Hope), investigating the death of his friend Jonathan Harker (John Van Eyssen – Blind Date) concludes that he was the victim of a vampire attack. Soon Harker’s fiancée is afflicted with the same hypnotic power – brought on by Count Dracula (Christopher Lee – The Lord Of The Rings: The Return Of the King). Van Helsing releases her soul by driving a stake through her heart, but Dracula wants revenge and targets another beautiful woman. Van Helsing must exorcise this evil by confronting the Count himself.

One of the most well known of Dracula films finally gets an uncut release, with a full blown restoration to the colour and sound. It’s a testament to Hammer Productions that they have given this gem such a wonderful re-issue, by going through the archives and adding missing footage. This film is the one that really started everything off for Hammer Horror, and some people might view it nowadays as slightly tame. Yet, it’s far from tame as this is one of the greatest horror films ever made.

Everything seems to pull together to make Dracula such a classic horror film. Regular Hammer director Terence Fisher keeps the direction tight and constantly focussed on the main storyline. The incredibly creepy score from James Bernard lives long in the memory. The production values may have been very low, but you would never guess from watching this film.

It’s clear to see that the entire crew gave their all to make this film look as glamorous as possible (even if it is a horror film). But what makes this film are the constant battles between Van Helsing and Dracula, it set the template for all other Dracula films and is still one of the greatest good vs evil stories ever told on film.

Peter Cushing delivers a performance that is graceful, yet edging towards psychotic with his tracking and killing of Dracula. It is one of Cushing’s finest ever performances on screen and the one he will always be remembered for. As for Lee in the title role, well this was a game changer for his career – his demonic stare, his blood red eyes and his sharp pointed fangs are now as iconic as a Star Wars Lightsaber. Lee’s downright demonic evilness is pitched brilliantly, and he brings real menace to Dracula.

This release of Dracula see’s a couple of cut scenes re-established into the film. First is “Dracula’s seduction of Mina”, which is key to the main storyline and shows how downright sexual Dracula could become. The second is “Dracula’s Sunlight Disintegration”, which was cut from its initial release back in 1959 due to Hammer worrying about its grizzly nature for audiences of that time. It’s great to see this part of the film at last, and it looks way ahead of its time – Raiders Of The Lost Ark copied it many years later.

Dracula is, without question, one of the finest horror films ever made. It still stands the test of time even by today’s standards, and this amazing re-issue is the pinnacle for such a glorious film. Good vs. Evil has never been so intense.