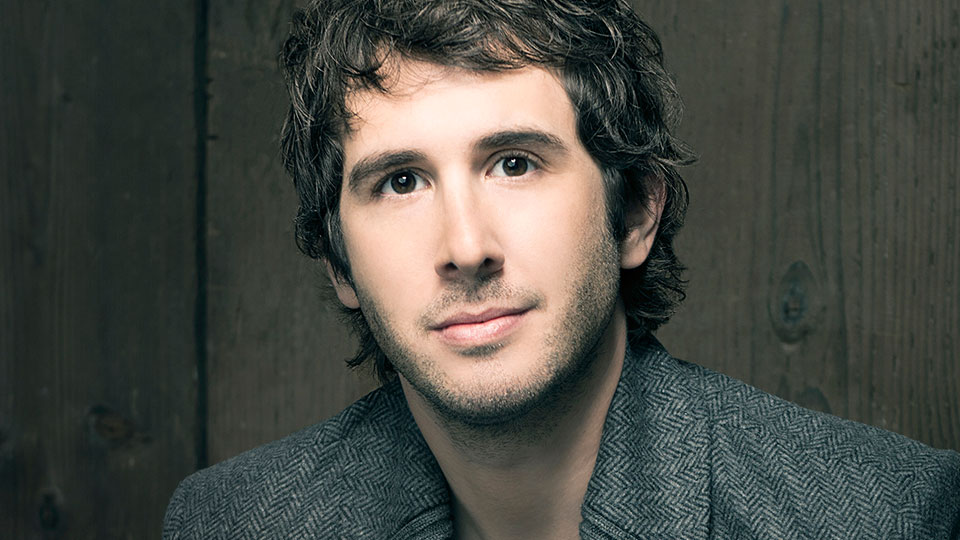 Josh Groban is one of the best-selling classical artists of the noughties selling over 25 million records worldwide.  In his career to date he’s released five studio albums, all of which have achieved multi-platinum status in the US. In the UK, his latest album All That Echoes achieved Groban’s highest chart position to date debuting at number 9. In the US the album became his third number on the Billboard 200.

All That Echoes is Groban’s sixth album and teams him up with acclaimed producer Rob Cavallo. The album contains a mixture of originals and covers over the course of its 12 tracks, 7 of which Groban co-wrote. Opening with current single Brave, the tone is set for the record as Groban explores the classical-pop crossover that he’s found his niche in over the course of his career so far. The song is a powerful and inspiring number with a subtle but driving beat behind the melody. Vocally Groban’s powerful vibrato soars as the song builds to its gorgeous string-laden chorus.

Below The Line is one of the more uptempo moments on the album and Groban’s voice sounds free and passionate, whilst Sincera strips it all back recalling Groban’s signature hit You Raise Me Up. Our favourite of the original tracks is Happy in My Heartache. The track marries Groban’s vocals with acoustic riffs and lush instrumentation. It’s simply a wonderful song and one that we’ve had on repeat since we got the album.

The covers on the record mix well with the original material. Groban tackles Glen Hansard’s Falling Slowly, which appeared on the soundtrack of the highly acclaimed film Once. He captures the emotion of the song with his voice sending shivers down your spine as urgent strings help the melody build. Traditional Irish folk song She Moved Through The Fair songs magnificent with Groban’s deep, powerful tones wrapped around the lyrics whilst Choir of Young Believers’ song Hollow Talk is given the Groban treatment proving to be one of the highlights on the record.

The album closes with a cover of Stevie Wonder’s I Believe (When I Fall In Love It Will Be Forever). The song showcases the versatility of Groban’s voice as he gives an incredible soulful yet powerful performance.

All That Echoes never falls into the trap that many classical-pop crossover albums do. The covers aren’t obvious ones and the original material doesn’t stand out like a sore thumb. The record is one that is impressively cohesive with Groban’s stamp all over it. Never once does he sound like he’s singing the words of another songwriter. His passion is as evident on the covers as it is the original tracks. Groban is a remarkable talent who possesses one of the finest voices in the world. All That Echoes could be his best work yet and it’s a complete joy to listen to.