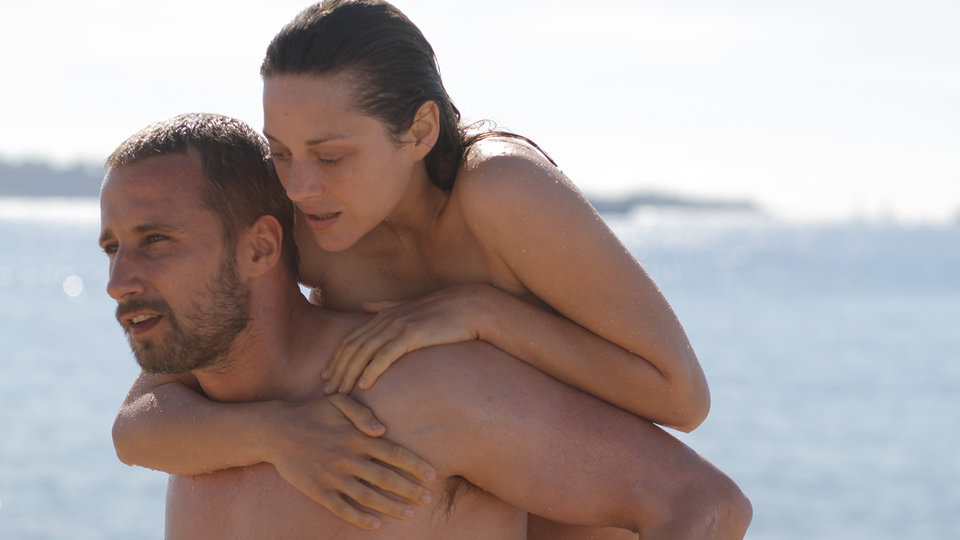 Ali (Matthias Schoenaerts – Bullhead) decides to leave Belgium with his son Sam (Armand Verdure) seeking a new, better life for themselves. Heading to Antibes to live with his sister and her husband, Ali struggles to make ends meet and takes up a part time job as a nightclub bouncer. One night he meets Stephanie (Marion Cotillard – The Dark Knight Rises), a killer whale trainer who develops a special connection with him. This grows deeper after Stephanie suffers a horrific accident at work that changes both their lives forever.

In many ways Rust And Bone is a perfect example of why we all love cinema. A wonderfully diverse, absorbing and captivating watch, Rust And Bone defies convention to craft a love story like no other. Throw in two of the most powerful lead performances you’ll see all year and you have a film of remarkable depth and character that holds your attention throughout.

Marion Cotillard is slowly becoming the finest actress of her generation. A woman not afraid to take big risks and put herself out there, Cotillard approaches Rust And Bone with fearless confidence to give an award-worthy performance.

Cotillard mixes a potentially self-destructive soul with pure vulnerability and compassion to cultivate a character that proves you can have an intelligent and flawed core to a romantic drama. She handles the demands of the role with remarkable tact and dignity whilst oozing sexual chemistry with her co-star in every frame.

As absorbing as Cotillard is, Matthias Schoenaerts equals her guile and presence in every frame. It’s so rare to get a film that contains two truly remarkable turns from its lead performers. Both Cotillard and Schoenaerts easily convince as would-be lovers and make the unusual concept of this film work perfectly. His reluctant but loving father-son dynamic with impressive newcomer Armand Verdure is always entertaining too.

Summarise Rust & Bone’s concept to anyone and their eyebrows will soon rise. This is a film that dances with convention to craft a quite brilliant and well-observed take on what is essentially a love story. To find originality in that field makes the achievements of Rust & Bone all the more impressive.

By shifting focus, the films complicated and unpredictable vibe perfectly lends itself to the themes of the movie. Life is unpredictable. Throw in a delicate touch by A Prophet director Jacques Audiard, who utilises the stunning locations and situations to maximum effect, and you have a film of remarkable vision.

Stunning in its inception and application, Rust & Bone is an outstanding drama of the highest order, full of stand-out performances and shuddering circumstance. A film that’s brave and modest in equal measure, Rust & Bone proves that there is hope yet for classic cinema to return to the mainstream.