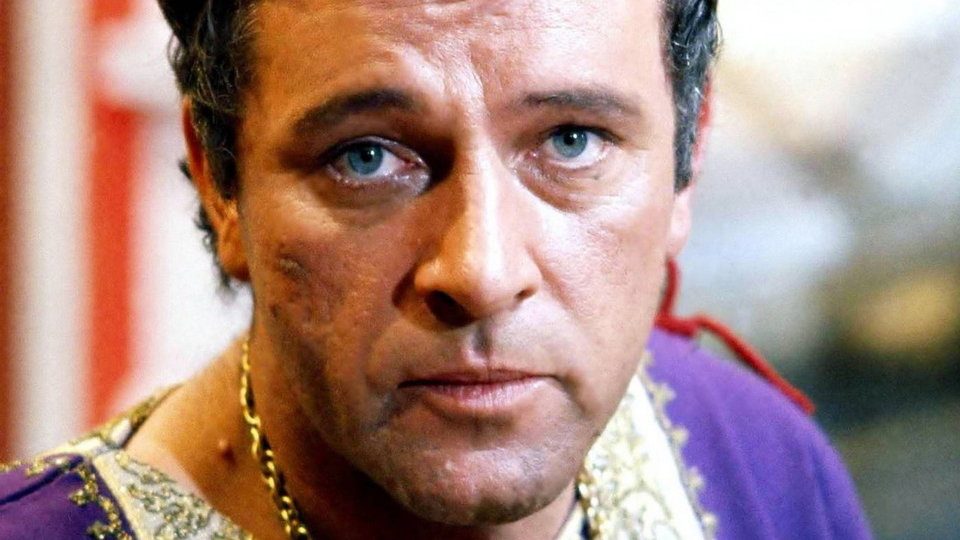 The Hollywood Chamber of Commerce have confirmed that Richard Burton will receive a posthumous star on the Hollywood Walk of Fame in 2013 on Friday March 1st. Burton’s star will be placed next to Elizabeth Taylor’s, honouring one of the most famous theatrical relationships and greatest love stories in history.

The ceremony is part of celebrations to commemorate the 50th anniversary of Cleopatra, directed by Joseph L. Mankiewicz and starring Burton and Taylor in their first on-screen feature. The Academy Award®-winning film was released by 20th Century Fox in 1963 and will be available on Blu-ray Disc for the first time in 2013 from Twentieth Century Fox Home Entertainment.

Welsh business academic Professor Dylan Jones-Evans has led the campaign on behalf of the Western Mail, the national newspaper of Wales, to secure Richard Burton’s star.

“I am delighted that Twentieth Century Fox Home Entertainment has agreed to partner with us to recognise one of Wales’ greatest ever actors with a star as part of the 50th Anniversary celebrations of Cleopatra,” said Prof. Jones-Evans. “I am also sure all the people of Wales will be thrilled that he is receiving this accolade on the most special day for the Welsh nation, St David’s Day.”

“This public recognition for Richard Burton’s body of work will help not only help raise the profile of Wales internationally, but will also help to raise funds to provide scholarships in the legendary actor’s name to support young Welsh talent at the Royal Welsh College of Music & Drama.”

Mary Daily, President of Worldwide Marketing and Chief Marketing Officer, Twentieth Century Fox Home Entertainment, said: “Richard Burton remains one of the greatest actors of his generation whose iconic voice, rugged good looks and talent knew no bounds. From My Cousin Rachel, which cemented Burton as a Hollywood leading man, to The Robe and the Blockbuster Cleopatra, Burton is an integral part of the 20th Century Fox legacy and we look forward to celebrating his contribution to stage and film with the country of Wales and the rest of the world.”

Hilary Boulding, Principal at the Royal Welsh College of Music & Drama said: “We’re pleased that Richard Burton will be recognised with a star on the Hollywood Boulevard. The College is also grateful for public support to establish scholarships in Burton ‘s name for talented young actors. He was – and remains – one of Wales’ most famous sons. We’re proud to be the home of the Richard Burton Theatre, helping to inspire a new generation of actors.”

The extraordinary relationship between Taylor and Burton started when Burton joined Taylor in the film Cleopatra. Until that time, Oxford University educated Burton, the son of a Welsh coal miner, was better known as a distinguished Shakespearian stage actor.

Their subsequent marriage created headlines around the world. They went on to star together in nine other films, including The Taming of the Shrew, The V.I.P.s and Who’s Afraid of Virginia Woolf? in which Taylor won her second Oscar® for best actress. These two outstanding talents shared a passion throughout their lives.

In this article:Elizabeth Taylor, Hollywood Walk Of Fame, Richard Burton