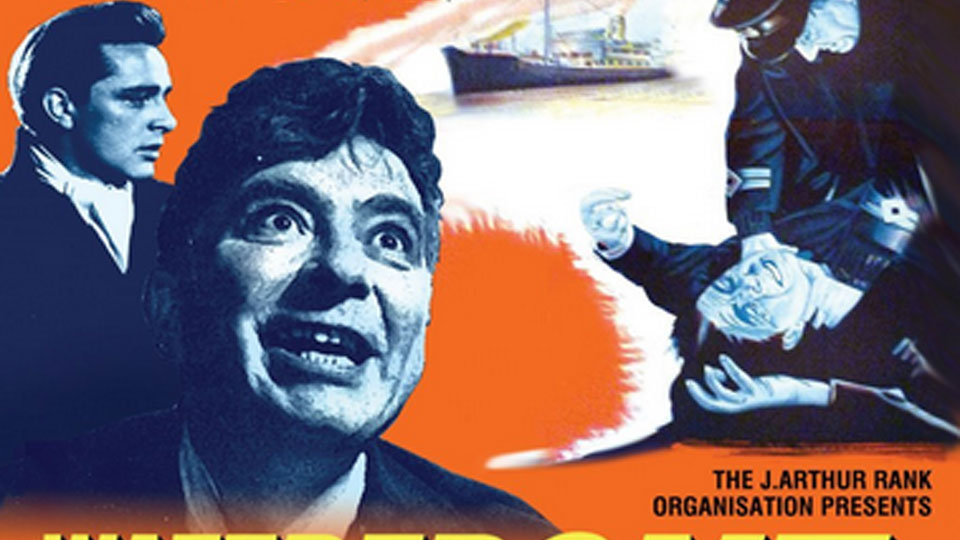 Waterfront is a surprisingly stark and unsentimental film for the time it was made (1950), especially as it was produced by the Rank Organisation known for their prolific output of mostly formulaic and comfortable stories.

It makes excellent use of the unique talents of Robert Newton, whose niche was to walk a fine line between affable and sinister. A hellraiser in real life, Newton is playing close to home here, which perhaps helps his portrayal as Peter McCabe, a feckless man who leaves his wife, two daughters and unborn son he knows nothing about for a new life at sea. The film charts the lives of McCabe’s abandoned family as they survive in Depression-era Liverpool without any financial support. Of course, things don’t work out for McCabe at sea, and fourteen years later he imposes himself again on the family he abandoned.

Waterfront boasts a superb performance from Newton (the definitive Bill Sikes and Long John Silver) as the troubled, combative yet twinkly-eyed McCabe; and is also notable for an early screen outing for Richard Burton, who plays Avis Scott’s would-be suitor. Credit to Burton for being one of the few principal cast members to attempt a scouse accent. Burton’s difficulty is in keeping work, and he has to lower his expectations to take on a job that’s beneath him. Look out for a scene in which he buys tea from a roadside café. It features an uncredited young Patrick Troughton (The Omen, Doctor Who) in familiar scene-stealing form as a shady character.

Light relief is supplied in Waterfront by the wonderful Kenneth Griffith, who plays against type (he was invariably the token Welshman) as an upper class twit who takes a shine to the youngest daughter (Susan Shaw) and sets about wooing her. Their romance is the inverse of the wholesome Scott/Burton romance, and Griffith cleverly renders his character increasingly malevolent and unlikeable.

Waterfront has interesting things to say about working class life in a poverty-stricken city (it’s The Boys From The Blackstuff of its day) and features a remarkable cast of British talent that includes Kathleen Harrison as the mother and a brief appearance by Hattie Jacques. The overall story now feels banal thanks to the familiarity of Helen Forrester novels, but in 1950 it would have been a stark depiction of the often-ignored underbelly of everyday life in Britain’s busiest port city.

This Blu-ray release is a print that has been fairly well-restored, but some scenes retain scratching and distortion owing to the age of the piece. The only extra is a small image gallery, but the film more than stands on its own merits.

Waterfront is released as part of Network’s The British Film collection.