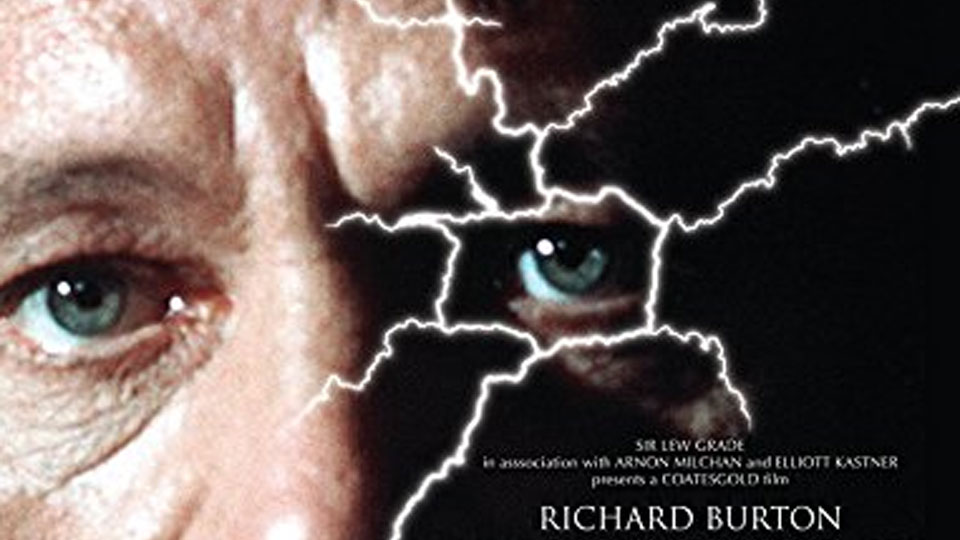 Richard Burton’s star was well on the wane when he made The Medusa Touch in 1978. It was the year after he had plodded his way through the execrable Exorcist II, yet the following year he made the glorious The Wild Geese. In terms of quality and artistic merit, this one falls somewhere in between the two.

Burton plays Morlar, a man who believes he can create death and disaster through the power of his mind. When he is brutally attacked in his apartment and taken unconscious to hospital, it falls to Inspector Brunel (Lino Ventura) to try to figure out who assaulted him (this aspect of the plot is so startlingly obvious that the vast majority of viewers will correctly guess Morlar’s assailant ten minutes into the film). Yet when strange occurrences continue to happen whilst Morlar is in a coma, the policeman starts to consider a supernatural explanation.

The Medusa Touch is a lot of fun. It’s also one of those great British movies worth watching solely for the who’s who of great British character actors in cameos, since there are some very big names who appear in just one scene. Theatre legend Michael Hordern pops up as a fortune teller; whilst Derek Jacobi (I, Claudius) plays Burton’s book publisher. Six years before he became the definitive Sherlock Holmes, Jeremy Brett makes an appearance as the dashing young man having an affair with Burton’s wife. Alan Badel plays a barrister; Malcolm Tierney a church deacon, John Normington a school teacher – the list is extensive, and any aficionado of British character actors ought to have this movie in their collection.

Out of the leading actors, the producers were quick to capitalise on Lee Remick’s considerable success in The Omen two years earlier and cast her as Burton’s psychiatrist; a woman who at first tries to talk him out of his delusions but later comes to wonder if there’s more than coincidence to the death and destruction that follows her patient. Gordon Jackson (The Professionals, The Ipcress File) plays the doctor in charge of Morlar’s treatment. The ever-dependable Harry Andrews plays the Commissioner of police. Yet it’s Lino Ventura who wins the acting plaudits for The Medusa Touch. The French/Italian actor is rock solid, warm and always interesting as Brunel, the police inspector charged with investigating the attempted murder. It’s a shame he didn’t make more English language films because Ventura was fantastic.

Richard Burton himself is reasonably adept, but seems bored by the material. Though his name carries the movie, he has far less screen time than Ventura, and when he is performing, there’s an uneasy sense that he’s going through the motions. Director Jack Gold can’t be faulted for putting together a tight supernatural thriller, but he doesn’t bring the best out of his leading man.

The plot is silly, and a touch melodramatic. Police methodology looks antediluvian in the age of CSI: officers bumble around a crime scene touching evidence (Ventura picks up two glasses that later become clues – they would be DNA tested now). Yet post-9-11 sensibilities render it difficult to watch a scene where an aeroplane flies into a high-rise city building, purportedly controlled by Burton. Structurally, the movie ambles along, featuring a different familiar face in each scene, telling the story reasonably competently through extensive flashbacks; but it does accelerate towards a thrilling conclusion at a cathedral. These sequences feature some excellent model work and convincing falling masonry, and Jack Gold deserves enormous credit for them.

The Medusa Touch is the sort of film best-enjoyed if you don’t dwell too hard on the absurdities of the plot, and forgive the cod ending. It’s best enjoyed as a light thriller with a supernatural twist, and for its sizeable ensemble of hugely talented performers.

An interesting extra is contemporary behind-the-scenes footage of the sequence shot in the cathedral. If you’re unlucky, you’ll spot a young Michael Grade (Lew Grade’s substantially less-talented nephew) loitering with the film crew. There’s also a theatrical trailer and an image gallery.

The Medusa Touch is released as part of Network’s The British Film collection.