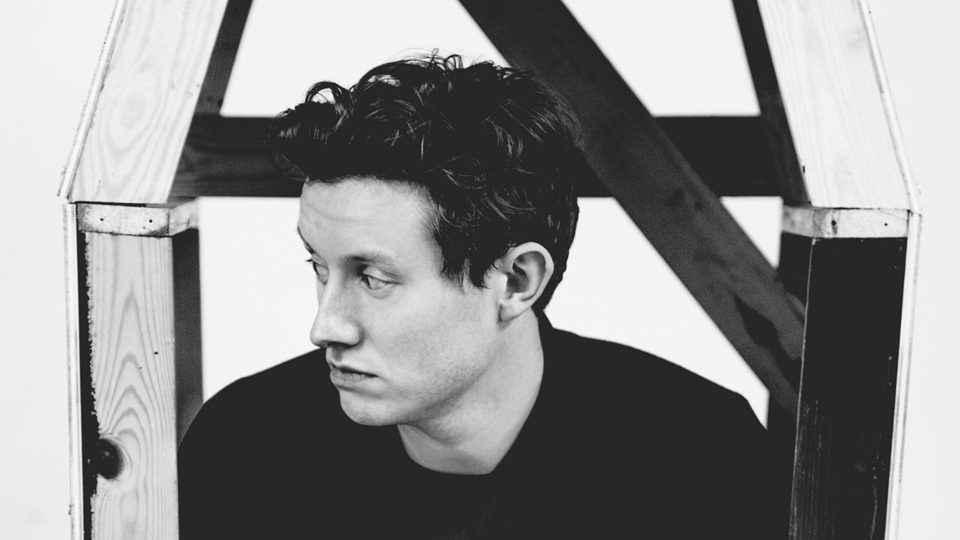 The Cabinet of Dr Caligari Review

Playing in Arcola Theatre’s Studio 2 is a fairly faithful stage adaptation of The Cabinet of Dr Caligari, the influential 1920 German horror film. The company behind the show is simple8, who reveal talent in abundance across the spectrum from a wonderful cast of actors to adapter and director Sebastian Armesto, who has conceived and delivered a quirky, inventive show that’s tonnes of fun!

When a troupe of travelling entertainers descends upon a small town, they bring a touch of macabre amusement to the locals. Dr Caligari (Oliver Birch)’s attraction brings in the punters in their droves: he keeps in a coffin-like cabinet a somnambulist, Cesare (Christopher Doyle), a perpetually sleeping young man who can allegedly see the future. When his prediction comes true that death will befall one of the punters that evening; the mystery deepens as to who is behind the recent spate of murders in the small town, and whether or not the sleeper’s talent can be dismissed as showmanship and coincidence.

With live music intermittently played by the actors, including one melody that takes on a chilling life of its own when whistled by one of the characters, The Cabinet of Dr Caligari is a fast-paced feast for the senses. Ingenious sound effects combine with neatly-devised physical performance, so that routine actions such as young Town Hall clerk Franzis filing away papers; and Franzis and Otto competing for the attentions of Jane at the fair become extraordinary highlights of inventive theatricality.

The performances are universally excellent. Franzis emerges as the protagonist, and Joseph Kloska turns in a breathless characterisation of an oleaginous, clammy Town Hall clerk. You’re never quite sure whether he’s a bullied and put-upon coward or a deeply-troubled lunatic capable of anything. Kloska is enormous fun to watch as he teasingly straddles the fine line between the two extremes of Franzis’ personality. Dr Caligari is similarly slippery, but Oliver Birch’s arch, contained performance is a neat contrast to the nervous, twitchy energy of Kloska.

Equally delightful is Sargon Yelda, who plays no fewer than two arrogant and pugnacious characters (the doubling up of roles is commendably effective) who make Franzis’ life a misery. Yelda’s deadpan delivery provides plenty of laughs and makes the most of Armesto’s witty script. Sophie Roberts, who takes on only one role as the love-interest Jane, provides the solid moral core of the story as madness unfolds around her.

The rest of the actors adopt supporting roles, often playing more than one part, and Armesto’s taut script deftly paints rounded characters in very few words, giving all the actors plenty of rewarding meat to get their teeth into.

Running to eighty minutes without an interval, The Cabinet of Dr Caligari is a snappy and relentlessly absorbing production. Imaginative lighting and staging combine with music and physical performance to create a highly aesthetic approach to theatre, and it helps that the company deliver a cracking story too. It’s brilliantly conceived and perfectly put together.

Simple8’s adaptation of Moby-Dick will run at the Arcola as soon as the run of The Cabinet of Dr Caligari ends, starting 27th March.