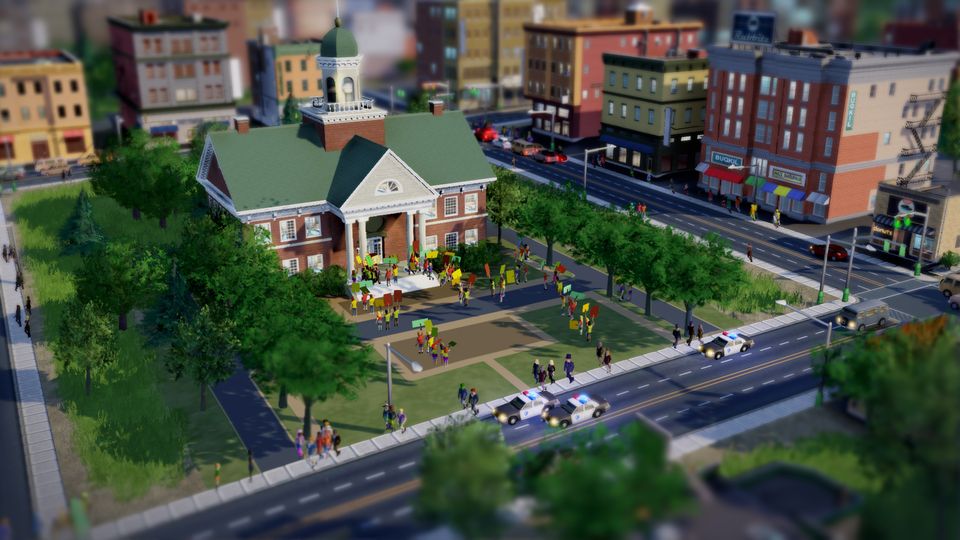 We recently had the opportunity to take part in the closed beta for the upcoming SimCity from EA and Maxis. The event ran for just a weekend and featured just an hour of gameplay that could be replayed over and over. Read on to find out how we got on and our initial thoughts on the latest instalment to the popular city-building simulation game.

SimCity first appeared some 23 years ago in 1989 and was created by legendary game designer Will Wright. The game was originally released for the 16-bit Commodore Amiga but also made its way onto other platforms including the Atari ST, Mac, PC and the 8-bit Commodore 64 and ZX Spectrum. The first game featured rather crude graphics and represented the game world via a top-down view.

Five years later the game was given a huge graphical overhaul and moved to an isometric view in SimCity 2000. Since then there have been several new releases of the game with the last one – SimCity Societies – coming out in late 2007.

The new SimCity marks the sixth major release for the series and like Societies features full 3D graphics. The game is built upon a new advanced simulation engine called GlassBox and the action is once again viewed from an isometric viewpoint.

In the beta we started off with a small budget which was enough to build a few roads into our starting zone to connect with a highway running past. SimCity now provides many options for road layouts allowing you to create curved and winding roads in addition to the old boring grid layouts of old. Different roads can support different densities of buildings but in the beta we were quite restricted on what was available to us. Over the course of several hours we had the opportunity to experiment with several different layouts.

Once you have some roads you can create residential, commercial and industrial zones which must be adjacent to roads. The world of SimCity is populated by Sims and once you create a zone trucks turn up with construction workers to build your new buildings. Once complete people start to move in and your new city begins to take shape and feels alive. At any time you can zoom in and click on a Sim to discover what they are up to. A child might be on his way to the school bus so he can get to school or an adult might be off to work or going shopping.

As always you need to find the right balance of zones so that your residents have access to the facilities they need as well as places to get jobs. Early on you need to choose how to power your city which might be going for a coal power plant or a green option such as wind turbines. Coal is a cheaper option and produces a lot of power but it also produces a lot of pollution. If you aren’t careful about your placement you risk poisoning the air and making your Sims ill which can reduce their lifespans. Green energy is a better option but is also more costly so you might need to raise taxes in order to pay for it.

As your city grows so does the amount of things you need to track and of course this eventually leads to problems to solve. For example while you’re building a water tower on one side of the city a fire might break out on the other. You need to constantly keep an eye on what is happening everywhere. It’s important you have enough fire stations to cope with demand, police to keep crime in check, schools for education and hospitals to provide health care.

Thankfully SimCity has many features to help you out. The town hall is important as this is where disgruntled Sims go to protest. At any time you can check out what their latest whinges are. They might be protesting at high taxes and lack of schools. When you think things are going well they like to show up to protest about things in the past that you may have since fixed.

By far the most impressive features of SimCity we’ve seen so far are the data maps. There are filters that you can add to your view which present you with a visualization of what is happening. So you can see where has power or water, how happy your Sims are and even how your sewage is getting disposed of or not. The sewage view in particular is fun as you can watch the blobs of sewage being pumped along to the local outlet.

There are also instant visual cues that appear based on your actions to help you understand how you’re doing. Stick a school bus stop or park at the end of a residential street and you’ll see ripples of happy smiling faces appear from the nearby houses and streets. Important buildings come with extra slots to allow you to upgrade them. So you might add an extra garage to a fire station or new wing to a hospital allowing it to support more patients.

As cities grow it is also possible to specialise them so you might decide to turn to gambling with ambitions of becoming the new Las Vegas. Other options include focusing on education or technology. This is one area we sadly haven’t had much exposure to so far.

In addition to your starting area it’s actually possible to manage the two areas nearby but this isn’t something we could try in the beta. In multiplayer it will be possible to work together or against neighbouring cities. Examples might be sending rubbish trucks to help dispose of waste or working together on challenges such as building and launching a space shuttle. It’s not clear right now all the options that will become available in multiplayer but we’re certainly looking forward to trying them out. The game will also feature regular challenges and online leaderboards where you can compete with friends and other players to become the best city builder.

Graphically the game looks lovely and is very detailed. The developers have gone for a slight stylised look with a cartoonish feel that works really well. The way to data maps are presented is incredibly clear and it’s obvious a lot of time and thought has gone into them.

We thoroughly enjoyed our time with the SimCity beta and cannot wait to get more hands on time with it as an hour just isn’t enough. This is looking like the best SimCity game to date and we’re pleased to say the insanely addictive gameplay remains. SimCity is released on March 8th in Europe, you can find out more information on the official SimCity website. 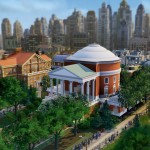 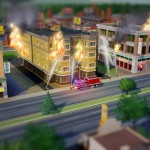 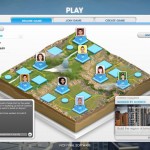 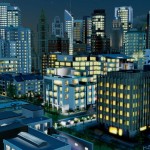 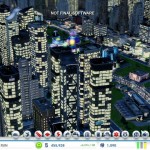