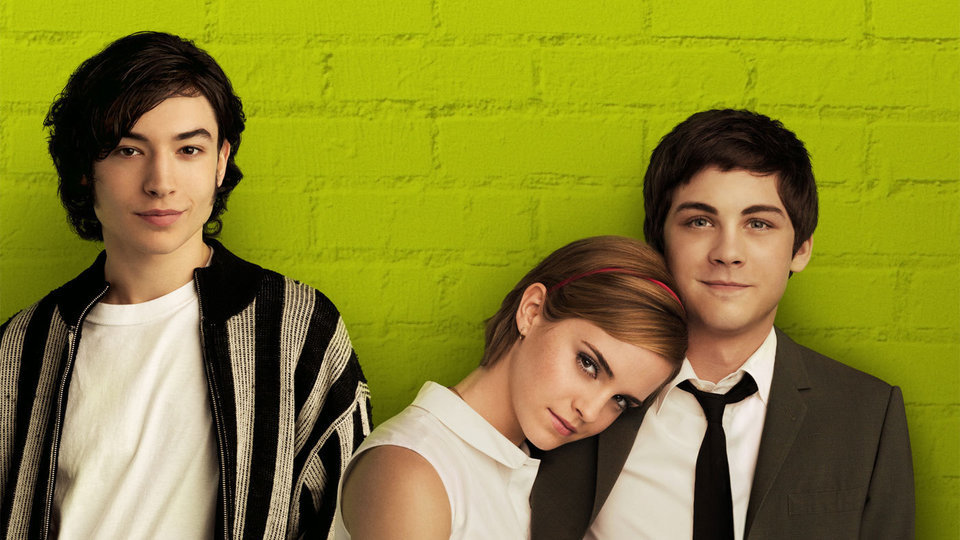 It’s 1991 and 15-year-old Charlie (Logan Lerman – Percy Jackson & The Lightning Thief), a sweet and endearing soul, is struggling to fit in at high school. A loner who is slowly recovering after the suicide of his best friend, Charlie becomes friends with Patrick (Ezra Miller – We Need To Talk About Kevin), the school joker who flunks his way out of class but whose effervescent love for life helps coax Charlie out of his shell. He also befriends Sam (Emma Watson – Harry Potter) and instantly falls for her charms. Sam and Patrick introduce Charlie to a world he has never experienced before – acceptance, and in doing so helps him survive high school. However, Charlie’s troubled past may yet come back to haunt him.

Stephen Chbosky’s seminal book is certainly well loved so when a big screen version was announced, it understandably got fans worried. Thankfully, with Chbosky on-board as writer and director, The Perks Of Being A Wallflower manages to mix heartfelt emotion with amazing performances and a killer soundtrack to create one of this year’s finest dramas.

It’s rare to get such an accomplished coming-of-age story that absolutely nails the concept. With echoes of John Hughes, The Perks Of Being A Wallflower not only achieves this, it manages to do its source material justice thanks to superb starring turns from its young cast of up and comers.

Logan Lerman hands in a truly accomplished performance as Charlie; never over-playing the drama and always keeping him on the right side of sweet and sentimental. After some big blockbuster turns in The Three Musketeers and Percy Jackson, it’s nice to see Lerman get a real opportunity to show what he can do. Perks proves that he has a very bright future ahead of him.

Ezra Miller continues to steal his movies, this time playing the complete opposite to his psychotic alter ego in We Need To Talk About Kevin. Miller balances the film with backbone and fragility that perfectly conveys the highs and lows of teenage life. His performance is amazing, especially when bouncing off Lerman and Emma Watson.

Life after Harry Potter seems to be bright after Emma Watson’s very impressive turn in Perks. She has grown into a fine young British actress and uses her many years of experience to deliver a touching and poignant performance full of sweetness and strife. She shares a wonderful, sparkling chemistry with Miller and Lerman and it’s their collective talents that make The Perks Of Being A Wallflower such a rewarding watch.

There are plenty of great supporting roles too with Paul Rudd, Tom Savini, Nina Dobrev, Nicholas Braun and the always wry Mae Whitman all helping make The Perks Of Being A Wallflower a true ensemble piece with quality at every turn.

The film is shot beautifully and perfectly captures the essence of the book. From the dream sequences to the memory recollections, Perks manages to give the viewer a beautiful and tragic glimpse into the world of Charlie. Mixed with a strong soundtrack that perfectly conveys the emotions of the characters, Perks is a drama that is as visually pleasing as it is effective.

With a strong cast and a story that peels back the adolescent years with remarkable tact and restraint, The Perks Of Being A Wallflower is simply a superb piece of film-making  It’s a wonderful effort that will stay with you for long after the credits roll and is easily a contender for the surprise hit of 2012. Do not miss this.

Advertisement. Scroll to continue reading.
In this article:Emma Watson, Ezra Miller, Logan Lerman, Stephen Chbosky, The Perks Of Being A Wallflower