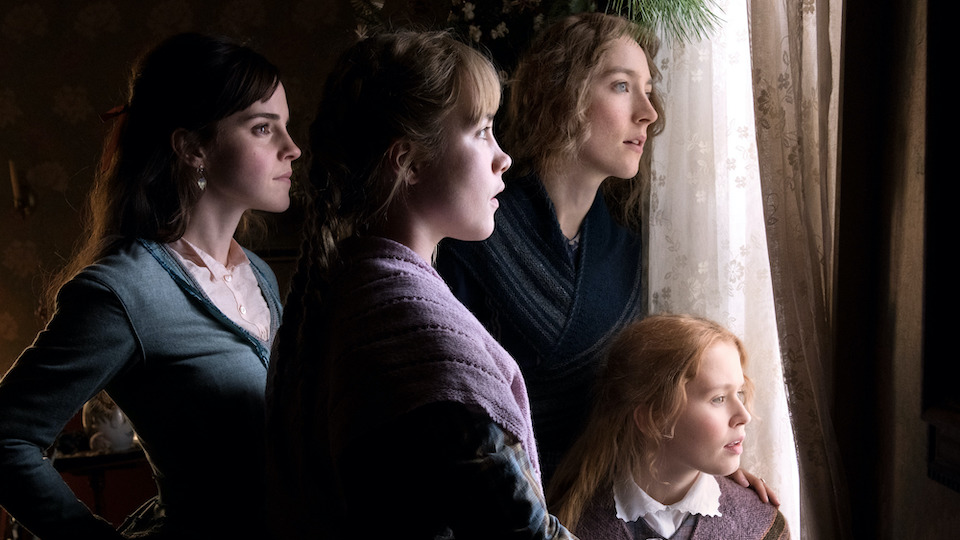 I can’t be the only person who felt a little bit disappointed upon hearing that Greta Gerwig was following up Lady Bird – her sublime coming-of-age masterpiece – with an adaptation of Louisa May Alcott’s oft-adapted Little Women. We’re so hungry for new voices in cinema, and this just seemed such a safe choice after Lady Bird. No one wants another version of this dusty old story. Please Greta, give us something new and original instead.

Of course, the fact I thought this is one of the many reasons I am not head of commissioning at Columbia Pictures. Greta Gerwig’s Little Women is not only an utterly beguiling and gorgeous piece of modern cinema, it has immediately established itself as the definitive movie version of Alcott’s story. Gerwig’s script remains true to the text, whilst also feeling wholly modern. She makes a few subtle but critical changes to the structure, and the result is nothing short of spectacular.

The story follows the March sisters, over several years in their lives, during and after the US Civil War. There’s Meg (Emma Watson) the eldest sister who wants to find love and get married. Jo (Saoirse Ronan) is headstrong, creative and ambitious, and wants to be a writer. Beth (Eliza Scanlan) is a talented musician, and Amy (Florence Pugh) is the youngest sister and wants to be an artist.

The book is told in two parts: the first focusing on their childhood, with second part devoted to their lives as adults. Gerwig makes the decision to start her film in adulthood, with Jo already in New York, making a living as a writer. Upon learning of Beth’s ill health, she travels back to Massachusetts, and we flashback to the March sister’s childhood.

Gerwig uses colour coding in the film’s aesthetic style to delineate between the time periods as the narrative jumps back and forth. The childhood is all golden hues and summery sunsets, whilst adulthood has a flinty, last days of autumn blue-grey sheen. Alongside the stunning production design, and beautiful costumes, Little Women is an absolute visual feast.

Through the experiences of each of the sisters, Gerwig has crafted an almost perfect adaptation of Alcott’s novel, beautifully illustrating the themes of independence, duty, and the privilege of choice. By imbuing the text with a vivacious modern sensibility, she also succeeds in making the film thrillingly relevant, specifically in the depiction of Jo, who wishes to follow her artistic ambitions and not be constrained by her gender or by societal expectations.

The performances from the all-star cast are note perfect across the board, and it seems unfair to pick anyone out for special treatment. However, Florence Pugh is sensational as Amy. Helped of course by Gerwig’s script and deft direction, Pugh makes a character that has been historically disliked, not only likable, but deeply complex and relatable. Her scenes in Paris with Timothée Chalamet’s Laurie are among the best in the film. She should have won the Oscar.

The blu-ray disc comes with a solid selection of special features. First up is A New Generation of Little Women, which presents a series of interviews with the main cast and creatives, including Gerwig and producer Amy Pascal (who also produced the 1994 version). They explore the key themes of the story, the characters, the choices available to women, and what it meant to be an independent woman in those days.

Making a Modern Classic is a featurette about the different departments on the film – cinematography, production design, costume et al – that came together to make such a gorgeous film. As Gerwig says, she wanted to make something “that you want to crawl into and live in.”

Greta Gerwig: Women Making Art is a short piece about the writer-director, and the sensibilities she brought to the project, and how so much of the modernity was already in the original text. Hair and Make-up Test Sequence is a very short clip of b-roll test footage of the actors in full costume and make-up.

Little Women: Behind the Scenes is a short montage of clips from the set of the film with voice-over contribution from the main cast and crew sharing their experiences of the film. Finally, there is Orchard House, a ten-minute featurette taking a tour of Louisa May Alcott’s family home in Concord Massachusetts, and reveals how much inspiration Gerwig and the cast took from the house to bring their vision to life.