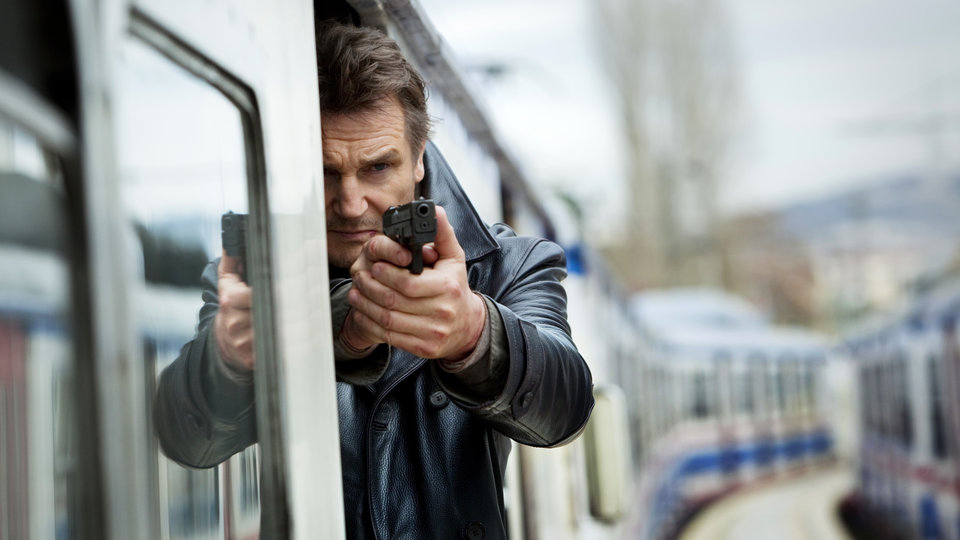 Bryan Mills (Liam Neeson – The Grey) is enjoying life and has reconnected with his ex-wife Lenore (Famke Janssen – Goldeneye) and daughter Kim (Maggie Grace – Lost). After his family join him in Istanbul, a group of Albanian gangsters make a hit on Bryan to exact revenge for the people he killed whilst freeing his daughter in Paris. Brian must once again take the fight to the Albanians to protect his family.

Taken 2 is one of the most eagerly anticipated sequels of recent years. After the first movie took everyone, (including its star Liam Neeson) by surprise, it went on to be an international box office hit. So a sequel was always going to be tricky. Sadly, the makers have taken a serious misstep with Taken 2 by creating an enjoyable but silly action film that has lost it’s spark of ingenuity.

Liam Neeson continues to be at his kick-ass best here and handles everything thrown at him with style and menace. He’s the true star of this franchise and pulls you through a few lulls thanks to his general awesomeness in the role of Bryan Mills. But whereas the first Taken allowed us to really enjoy Neeson’s performance, Taken 2 relegates his role and instead focuses too much on camera tricks to give the illusion of combat rather than just letting him do what he does best.

The main problem with Taken 2 is its lack of on-screen violence. It’s eluded to, but you actually get to see very little this time around. To mask this and to chase a lower certification, the action is shot at a epilepsy-inducting rate that leaves you perplexed and unsatisfied.

The plot itself is ludicrous but then so was the first film so I have no problem with that. The first movie balanced this off against a satisfying level of violence that made the film such an international hit. But by diluting the violence in Taken 2, the shortcomings of the plot become even more prevalent, especially when you have Maggie Grace repeatedly throwing grenades on the rooftops of Istanbul with no police ever in sight.

The DVD and Blu-ray release of Taken 2 boasts an extended and harder cut of the film. This certainly helps but it ‘s still no where near as brutal and exciting as the first Taken and just leaves you wanting to see the original again. There are no more extras on the disc which is also a real shame.

Taken 2 is a disappointment weighed against the expectation of a willing audience who all wanted more of the same. By toning down the violence and chasing a lower certification, this effectively nullified what people actually loved about the first film. It’s a crying shame – hopefully they will learn from their mistakes with Taken 3. Lets have more violence, less camera-trickery and perhaps throw in some decent roles for Bryan ‘s old friends who now surely warrant a bigger part to play.