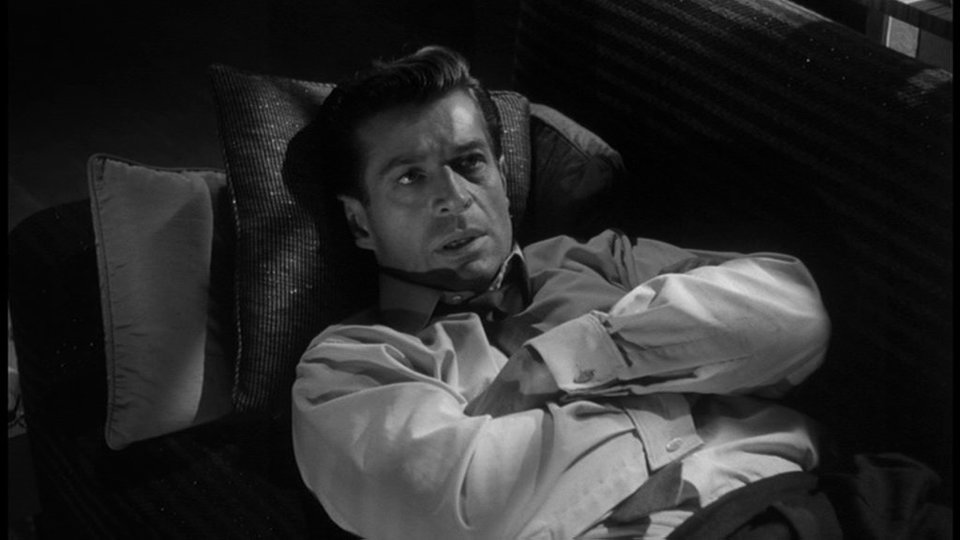 Paul Gregory (George Nader – Robot Monster) is a thief and conman, who has arrived in London to rob socialite Harriet Jefferson (Bessie Love – The Lost World) of her rare coin collection. Once the deed is done, he stashes the coins in a safe deposit box and waits to be arrested. Sentenced to ten years, Gregory breaks out of prison and plans to collect the money and then leave the country. Instead a series of double-crosses sends him through London’s underworld before ending up on the run with Bridget Howard (Maggie Smith – The Best Exotic Marigold Hotel).

Nowhere To Go is another classy production that came from Ealing Studios in the 1950’s. It has a great script that gives a very tense atmosphere to the proceedings. Ultimately a crime film at heart, it has ‘noir’ tendencies that run throughout the film and kept us guessing as to what may continue to happen to the protagonist.

Certainly the scenes involving the criminal underworld tracking down Paul are very dark and dirty, and made the film become quite intense. Gregory’s friend and accomplice Bernard Lee gives a terrifying performance as he dishes out brutality to anyone who might even look in the wrong direction.

Nowhere To Go is notably as it’s the début film of Maggie Smith, who looks very glamorous – so much so that we didn’t even recognise her at first. The scenes of her character, Bridget, and Paul on the run through the countryside of Wales are some of the best moments in the film. Beautifully shot, yet with a downbeat feel to them.

Nowhere To Go is a classy crime-noir that seems to have been overlooked. Its tight, intense story helps the actors produce some great on-screen work and is a very worthy addition to the Ealing Studios portfolio.