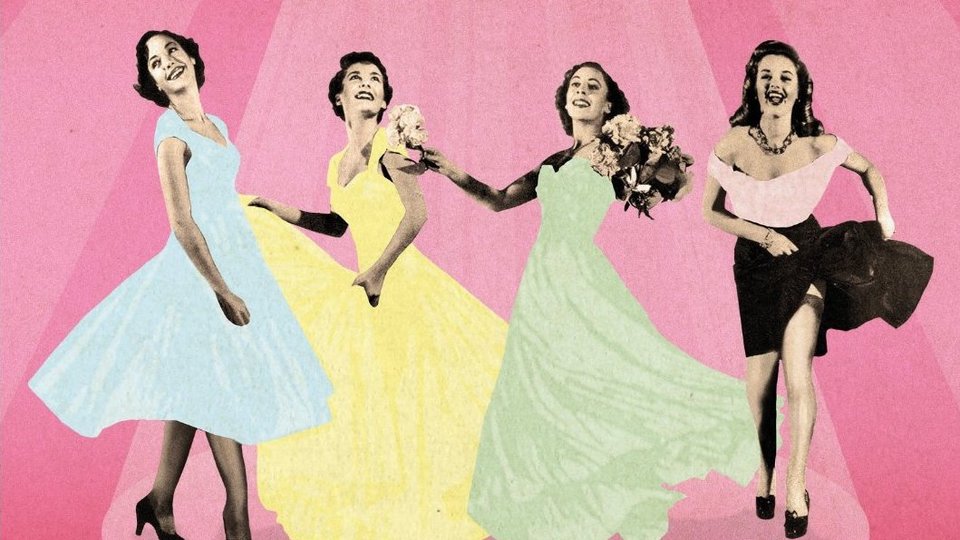 Newlyweds Eve (Natasha Perry – Oh! What A Lovely War) and Phil (Donald Houston – The Longest Day) do everything together, however a forthcoming dance contest forces Eve to choose a different partner as Phil is a terrible dancer. Soon she finds out how jealous her husband can get. At the same dance contest is Georgie (Petula Clark – Goodbye Mr Chips), whose ambition is to become a successful dance champion with her partner Peter (Douglas Barr – Hue And Cry). There can only be one winner out on the floor.

Dance Hall gives an insight in post war Britain, and what kept a lot of spirits raised as recovery began – dance halls. These were the place to be seen back in the 40’s and 50’s and this film shows what it was like for girls to attend these types of nights out.

The relationship drama is pretty realistic but belongs in a certain era that a lot of people nowadays would find difficult to comprehend; there is some great dialogue between the couples when they start to get jealous of other people looking at their partners. But the problem lies in that the story never clicks in a way that a ‘jealously relationship’ film should – instead it hits highs and lows along the way that don’t invariably impact the film.

Dance Hall’s stand-out points are the dancing sequences. Beautifully shot in a lavish ballroom with many couples all dancing to set impressive set-pieces. Petula Clark is particularly stunning as a wanna-be professional dancer. She really captures the mood and style of the era.

Dance Hall as a story isn’t quite as dramatic as should be. But it’s worth seeing for the wonderful dance scenes alone that have some fabulous choreography.