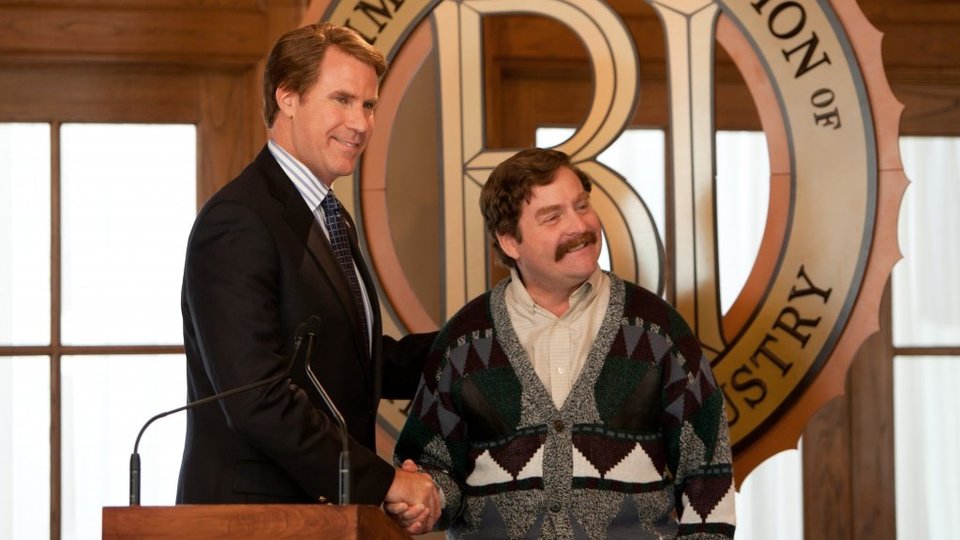 Glen (John Lithgow – Rise of the Planet of the Apes) and Wade (Dan Aykroyd – Ghostbusters) seize an opportunity to gain influence in a North Carolina district by ousting long term congressman Cam Brady (Will Ferrell – Anchorman). The man they choose, Marty Huggins (Zach Galifianakis – The Hangover), is a local tourism director and not a politician. Soon he is changed into a political machine and gives Cam a run for his seat – any way he can.

The Campaign sets itself up to run as a funny-film version of US politics, and it’s the perfect time for this to be released. The problem with the movie is that it doesn’t even begin to delve into the real politics, and what could be funny from those situations. Instead it reverts to a story about two rich millionaires bringing into power a complete unknown, just so they can get rid of the already-rich guy in their way. Sound familiar? That’s because it’s exactly the same storyline, minus the politics, as Trading Places. That film did it so much better and with a heck of a lot more laughs.

The Campaign felt more like a bunch of Saturday Night Live skits thrown together to try and make a decent film, but it never even comes close to the political comedy satire of The Thick Of It, Veep, or to a lesser extent The West Wing.

The cast list is really impressive and we hoped all of them would be on top form. Unfortunately we felt no sympathy for Will Ferrell’s character when he was down and out. Dylan McDermott is vastly underused as the campaign manager; we wanted to see him more like Ari Gold from Entourage. Jason Sudeikis puts in a reasonable performance for the amount of screen time he has. But the biggest let down is Aykroyd and Lithgow – these two are comedy geniuses and should be used to full potential. Instead they only appear as secondary characters in their own scheme. Obviously they are meant to be a play on the Koch brothers and their political ambitions, but really a story about the Koch brothers would have been much more impressive.

The Campaign should have been a funny film considering the cast and politics is always there to have fun poked at it. But unfortunately this film vastly misses the mark and is neither funny nor political. A wasted cast on an average film.

In this article:Jason Sudeikis, The Campaign, Will Ferrell, Zach Galifianakis