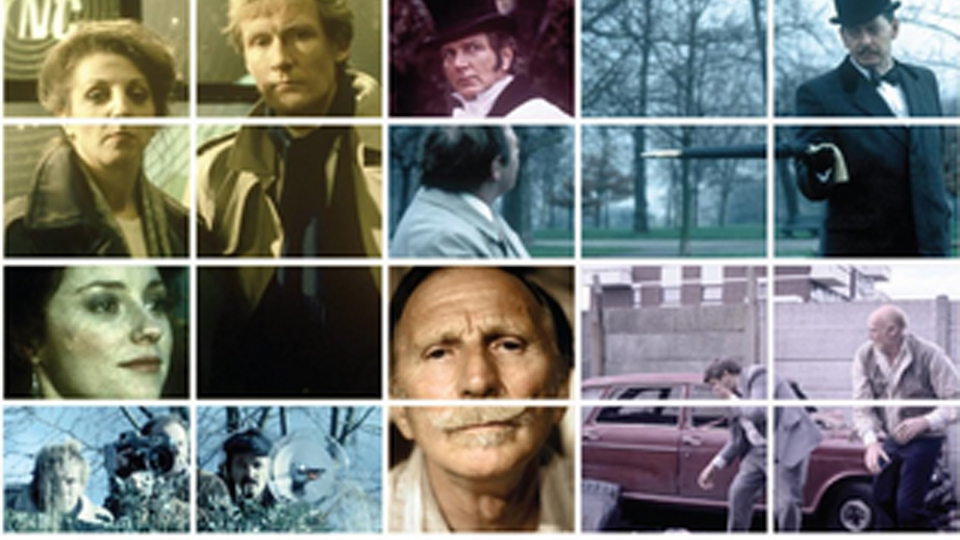 Even TV institutions have to start somewhere, and Storyboard proved a platform for what were effectively the pilot episodes of series such as The Bill, King & Castle and the Peter Bowles vehicle Lytton’s Diary. Airing in the mid 1980s, Storyboard was a showcase for established and promising writers.

The concept of Storyboard is to present an entirely new and self-contained fifty-minute drama with every episode. Running over four discs, this release sees all fourteen instalments available together. A delightful 1980s computer graphics title sequence rightly centres around a keyboard – the idea being that here is an experimental series that will try out new stories. It’s a laudable concept, and one that is hopelessly absent from the banal, homogenous output of today.

Despite its praiseworthy aims, the quality between stories varies considerably, and, despite having been an ITV show, the production values, whilst not exactly cheap, are a little rough around the edges (most notably it is shot entirely on tape and looks like a soap opera). Concept wins out over stylistic presentation – so when the stories are good, Storyboard presents some cracking drama. When the stories are turgid, it can bore the pants off you.

Inspector Ghote Moves In (1983) kicks off the series in style. Ghote (Sam Dastor, I, Claudius) from Bombay CID arrives in London to study the procedures of Scotland Yard, and stays with an elderly couple (Irene Worth and Alfred Burke) who have problems of their own. An unlikely friendship develops between them, and whilst the overall story is perhaps a little twee, it raises issues such as racism within the police force and social neglect of the elderly. The versatile Alfred Burke is wonderful as the forgetful and bluff old military type, and Irene Worth is incredibly sympathetic as his troubled wife.

The second episode, Judgement Day, isn’t as successful as it falls into the habit, extremely common with dramas of the early 1980s when Thatcherism was at its most rampant, of presenting no likeable characters and ensuring that the protagonists are driven by ambition (and by inference, money) alone. It’s a dreary tale of squabbling solicitors, lightened only by the warm presence of the late, great John Normington in a small role; with even Leslie Schofield failing to lift a flat script. The episode immediately following, Secrets, falls into the same trap. The much-underused John Castle snoops around the lives of various women for his shadowy employers, and spends far too many scenes in an avocado green bathtub. Tinker, Tailor, Soldier, Spy it isn’t.

One of the main draws for this release will be Woodentop, which was effectively the pilot episode of The Bill, the long-running police crime drama that was a phenomenally popular staple of the ITV schedules for the next few decades. This opening episode, as hard as it may be to believe it now, sees a fresh-faced young PC Carver (Mark Wingett) on his first day on the job. Wingett would play Carver until 2007, which is remarkable given the relatively inauspicious genesis of the character and the concept in Woodentop. It’s an interesting spotlight on plodding police procedure of the day which is unrecognisable to the modern force (certainly the fictional variations depicted on screen) three decades on.

Another highlight is Lytton’s Diary, which stars the ever-affable and prolific Peter Bowles in the title role (he also came up with the concept, according to the credits) as a caddish gossip columnist for the gutter press. It’s an interesting story that examines the battle between the freedom of the press versus individual privacy rights, and the problems of British libel laws. Bowles, as always, is impeccable, and despite playing a rogue, he remains delightful company on screen. The late Iain Cuthbertson, adopting his native Scottish accent, plays Lytton’s harassed editor. A few years later Lytton’s Diary rightly had its own series. It’s all rather dated now, but failing to predict the information revolution of the internet is hardly grounds for criticism.

The special feature of Singles Night highlights the problem of drama in the 1980s. It’s written by Eric Chappell, whose series Rising Damp is arguably one of the greatest sitcoms of all time, and certainly the funniest ITV ever produced. It too turned out to be a pilot episode for the sitcom Singles which materialised four years later, about divorced middle-aged ladies on the hunt for a man. It’s aged badly because the cultural mores it presents are now positively archaic (and were increasingly so even at the time), and the invitation to laugh at the desperateness of the awful women doesn’t sit comfortably. Chappell later eschewed the nastiness of the era with Home to Roost, which starred John Thaw, but Singles is tasteless and low on laughs.

One instalment whose class instantly reveals itself is King & Castle. It’s made on the same relatively low budget as the rest of the episodes, and looks particularly bleak since it’s shot on location in the rainy and increasingly tatty London Docklands of the early 1980s, before every square inch of land was covered in grotesque high-rise offices. A quick glimpse at the writer’s credit – Ian Kennedy Martin – is all you need to know about the script’s class. Kennedy Martin was behind The Sweeney, and this pilot for Storyboard would also see its own series. The concept is an interesting one. King (Derek Martin, who has been saddled with a regular part in dreary soap EastEnders for many years) is an amoral bent copper who the force are doing their best to get rid of. Castle (a post-Young Ones Nigel Planer) is a clean-living martial arts teacher. Unlikely circumstances transpire to bring them into the debt-collecting business together, and their yin and yang personas make for enjoyable screen chemistry. It also features John Challis (Only Fools and Horses’ Boycie) in a supporting role. The only downside is that King, a homosexual character, is depicted as drinking champagne in pubs; but since Martin doesn’t camp up the part at all, it’s possible to gloss over a few superficial moments of stereotyping and perhaps applaud an interesting presentation of cultural diversity (King is a repellent piece of work, and blows up a car in this episode) from a time when the political elite did its utmost to (at best) ignore minorities.

The last episode of any real note is Making News, as it has a stellar cast. The over-rated Bill Nighy was, even thirty years ago, playing the same dour and sarcastic part in everything, and he phones it in as a media executive of a news station which has ambitions to be the best. The whole thing is oddly laughable now, perhaps because it’s riddled with the earnestness that beset much of TV drama at the time that is easily parodied. It’s saved by a gloriously eccentric performance by Paul Darrow (Blake’s 7’s bad boy Avon) as an egotistical and vain newsreader, who camps it up deliciously. He’s the only actor astute enough to send up the show.

At its best, Storyboard is a good showcase for new writing and great concepts that became fondly-remembered TV series in their own right. At its worst, it highlights the decline in standards of TV in the 1980s as compared to the Golden Age of the 60s and 70s. The actresses’ make-up caked faces and big hair look more aggressive than ever on hi-def televisions. It’s perhaps superficial to criticise appearance, but many hours of television revealing the gaudy and ghastly 80s fashions and decor is wearing on the soul after a while, and there are only so many black glass and chrome coffee tables a human can take.

The larger problem is with the cultural ethos of the time, which perhaps explains why TV drama derailed itself in the 80s. The screen is bombarded with aggressively ambitious get-rich-quick arch-Tories, and it takes great writers like Ian Kennedy Martin to remember to craft their characters as people rather than right-wing ideological constructs. One small mercy is that Patricia Hodge doesn’t appear in the series.

Despite some misgivings over the content and presentation, Storyboard was a great and useful concept, and some individual episodes are terrific and well worth another look. A curate’s egg, but an inviting curiosity.