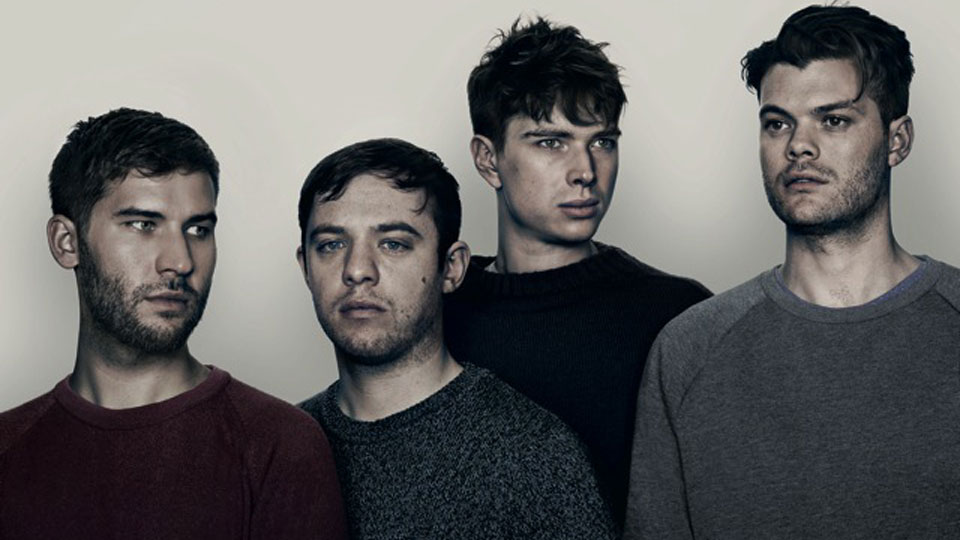 Following the success of their debut Man Alive, Everything Everything embarked on tours that saw them enlarge their views about music. The band is finally back with Arc. We couldn’t resist but try and find out whether their style had remained untouched.

First up on the album is the band’s leading track Cough Cough. This single is vibrant and full of energy and has the band’s trademark quirkiness. EE haven’t lost the magic touch delivering on sound as much as they do on originality. If this is anything to go by then Everything Everything’s new album can only be a treat. Kemosabe kicks off with an infectious riff and then come the high-pitched vocals adding that Everything Everything vibe, the song also plays with nostalgic notes, which simply suck you in. Kemosabe like Cough Cough is accessible and not too leftfield and almost pop-like.

Torso Of The Week is a little mellower when it starts but the fragile falsetto combined with strong melodies makes for a good listen. The chorus takes you out of the trance that the verses put you in and gives a much-needed lift to the track.

Duet is another pop track with an easy melody and catchy lyrics on the album. This can easily become an EE single with its uplifting strings and larger than life chorus. Once again Everything Everything’s perfectionism can be felt with every detail of the track being put together meticulously. Feet For Hands also catches our ear with its edgy and engaging beat. The track unveils itself almost like a story taking you through different phases. We also enjoy the folk influences that have helped add a little nostalgia to this track.

Undrowned is quite tame for a track on the album but carries with it a lot of weight and some of the best lyrics on Arc. The song is slow burner but it grows and becomes more and more agitated before its grand finish.

Arc is only a short interlude before Armourland kicks in. This one has a bit of a summer vibe about it especially during the chorus. We get to hear more of Everything Everything’ soft side on The House Is Dust before the oriental Radiant kicks in. Radiant is alright as a single but starts to sound a bit familiar as a pattern starts to emerge.

Last on the album is Don’t Try, which really ends the album on a high with its big chorus and infectious riffs. It almost makes you forget about the small lull that had started to creep on Arc.

Arc is a great follow-up to Everything Everything’s fantastic debut. The album is filled with much stronger tracks and catchy riffs. The band has not been resting on its laurels but instead has come back with some strong material. Arc does dip slightly towards the end but picks up brilliantly and you’ll forget about it almost immediately.

Advertisement. Scroll to continue reading.
In this article:Everything Everything