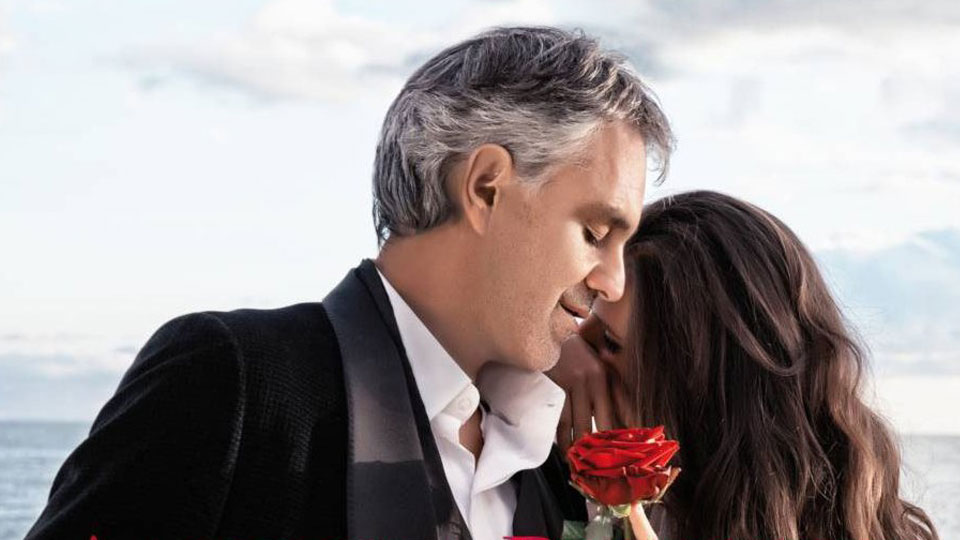 Andrea Bocelli, returns with a new album, called Passione. Passione is the long awaited follow up to Amore, one of the biggest selling albums by a classical artist ever. As you may  have guessed from the title, the album focuses on all aspects of romance and includes some of the greatest love songs ever written and composed. The album was recorded by taking Bocelli back to his roots and picking songs that he would be requested to sing in his pre-fame days. The days where he used to sing in piano bars across Italy, accepting requests form people in the crowd who came to hear him sing. The album was also recorded in his home, of Tuscany.

The opening track shows a subtle samba feel, as Bocelli sings Perfidia. This track shows his range as a tenor, finishing with an impressive falsetto. David Foster’s 63-piece orchestra is as smooth as Bocelli’s delivery.

The interesting thing about this album is that Bocelli has taken what some would call  some ‘risks’. Credit must be given to the producer – David Foster, who takes Bocelli from the classical, through to the ‘pop’ songs, including songs such as Love Me Tender and Girl from Ipanema. Although these ‘pop’ songs don’t stretch his vocals too much – his relaxing tone is a pleasure to listen to. We feel as if these songs will divide opinion and may not be to the taste of Bocelli’s hard-core fan base, but we think it’s refreshing to see him try something a little different and we feel that they really work.

Bocellli shows his diversity as an artist on this album, by singing in six different languages. Many of the songs on the album are instantly recognised the moment that the track kicks in, as you will have heard them in English. Guest appearances on the album include songs with Jennifer Lopez and Nelly Furtado. Lopez sings Quizas Quizas Quizas (Perhaps, Perhaps, Perhaps) with Bocelli and together, they dazzle and are a great pairing. The song includes a great violin solo, which impresses and it is a very catchy Latin song.

Some interesting work has gone into the making of this album, along with a track with the late Edith Piaf – La Vie en Rose. Edith Piaf’s vocals was extracted from the master by Foster, this is no easy feat, when you think that artists did not record on multi-track decks in the 1940’s. Bocelli’s version of La Vie En Rose with Edith Piaf is a great song and again, credit must be given to David Foster. Together, they are a dynamic pairing.

This album is well worth the wait and the surprises on it will keep everyone happy. We can only hope that the pairing of foster and Bocelli will continue. Their work is always excellent and their work together just continues to grow. On this album, Bocelli asked Foster to stretch his skills and asked him to arrange tracks that he wasn’t so sure of. The risks have paid off and this is another great album, from one of the greatest tenors in the world.