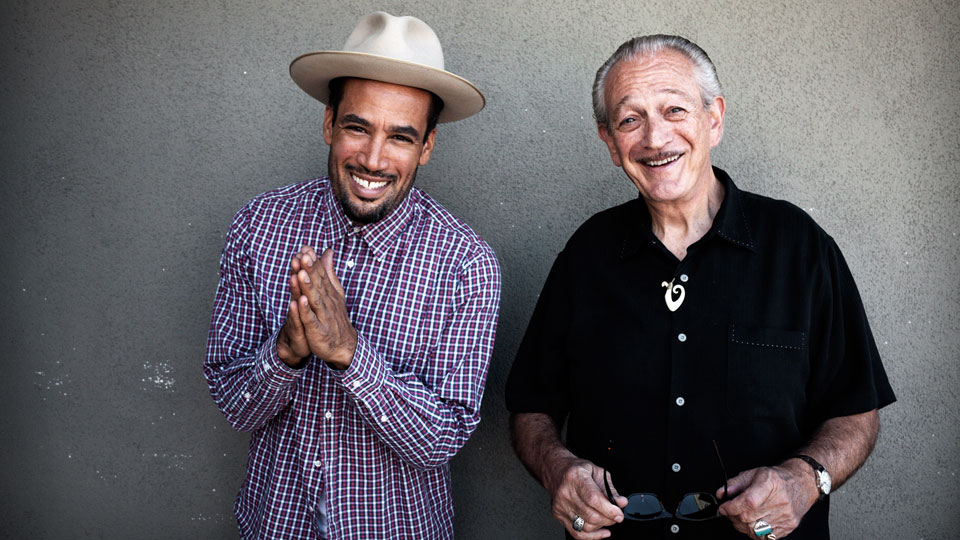 Ben Harper has teamed up with the legendary harmonica player Charlie Musselwhite for his new album Get Up! which is due for release on 4th February.

The album is Ben’s first since 2011 release Give Till It’s Gone and is an exploration of struggle and heart. Talking about the record Ben says, ‘Charlie and I have been looking to make this record for over ten years and now that we’ve gotten to it, I can’t wait to play it live.’

‘Ben and I really locked in, personally and musically, when we recorded with John Lee Hooker,’ added Musselwhite. ‘Ever since then we wanted to record together and being in the studio together is just a natural. You can hear it and feel it in the music on Get Up!‘

Get Up! is a mix of blues, gospel, roots and R&B and features ten tracks.