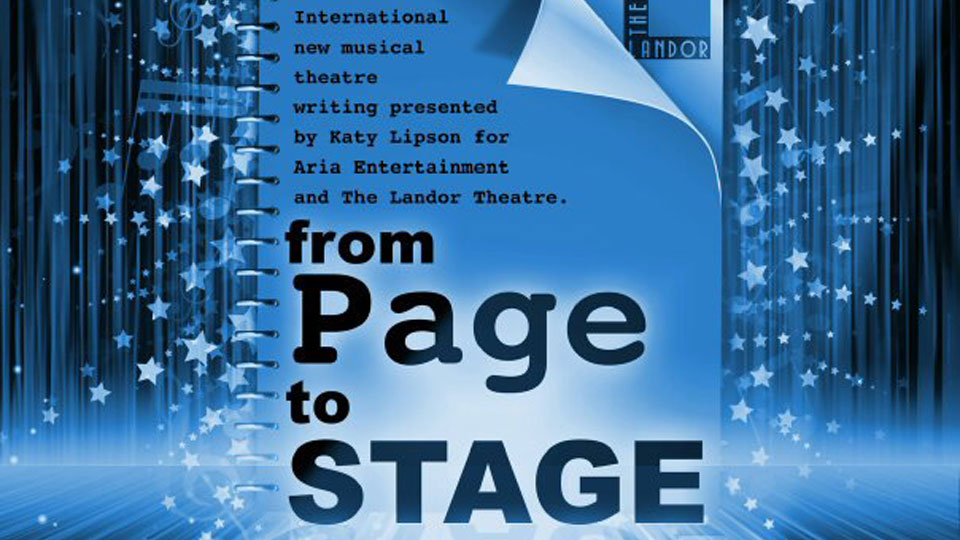 Katy Lipson of Aria Entertainment has teamed up with the Artistic Director of the Landor Theatre, Robert McWhir, to curate a season of new musical theatre, compiling showcases, workshops and products of new International musical theatre writing.

People have been asking, ‘Why isn’t there a venue dedicated to the presentation of new musical writing?’ Well now we have just that! Work will be presented by a wide range of writers and producers including a showcase of songs from The New Musical Songbook (a website recently created with rights-holders and publishers Stagescripts Ltd, A Stage Kindly and The New Musical Network) which promotes the online sale and exposure of original musical theatre songs.

The first programmed set of material is as follows and includes the world premiere production of the new musicalThe Route To Happiness by internationally acclaimed composer-lyricist – and BBC comic songwriter – Alexander S. Bermange, charting the individual and interweaving experiences of three present-day Londoners in pursuit of their respective dreams. The season closes with a night of music by British writer Dougal Irvine.

Sunday February 17th 3pm and 7.30pm The Road To Qatar! – by David Krane and Stephen Cole

Tuesday February 26th 7.30pm 3 Writers And A Piano – Giles Howe, Tamar Broadbent and Gary Albert Hughes showcase some of their very own writing

Sunday March 10th 7.30pm In Here – The Music And Lyrics Of Charles Bloom presented by the New Musicals Network

Wednesday March 13th 7.30pm Emerald – a new Irish-American musical by Denise Wright and Chris Burgess. (This musical is the winner of the Sidney Brown Award for New Musicals 2013)

Friday March 15th 7.30pm The Landor presents Preview – a selection of material from some of the upcoming projects to be shown at The Landor Theatre in 2013

In this article:From Page To Stage, The Landor