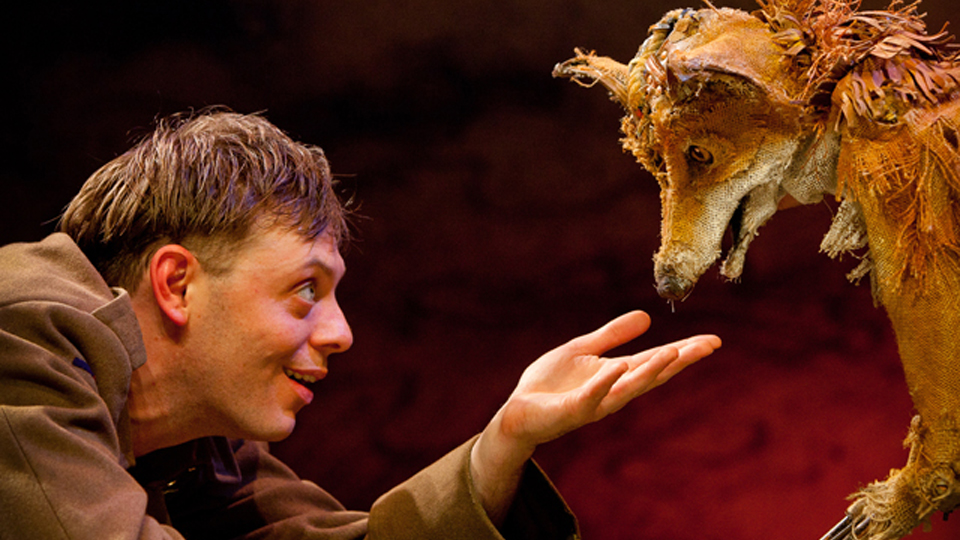 In 2012 we saw a lot of theatre and it’s been pretty difficult to decide what to put in our Top 10.

From musicals and comedies, through to drama and one-man shows we saw something from every genre. There were some real gems over the course of the year that really stood out.

Take a look at our Top 10 and see if you agree with us. Did you manage to see any of these fantastic shows in 2012?

The Paper Cinema’s take on Homer’s epic poem of the aftermath of the Trojan War was told entirely through haunting original music and paper puppets projected onto a screen. The end result at Battersea Arts Centre was utterly entrancing. Reviewed by Greg Jameson.

The first full-length venture by Half-Cut, Shelf-Life took its audience through all the stages of life with a bizarre theatrical experience inside a deserted former BBC office, now named Marylebone Gardens, the base for Theatre Delicatessen. A sideways look at the agony and ecstasy of life through organic theatre. Reviewed by Sian Eleri.

8. The Rain That Washes

A story about life under Mugabe’s Zimbabwe was the hook behind The Rain That Washes at the Leicester Square Theatre. Whilst deeply political and thoughtful, it nuanced its message with strong comic touches. Ashley Maynard’s lead performance was mesmerising. Reviewed by Jamie Tabberer.

Southwark Playhouse followed up its hugely successful musical revival Parade with Mack And Mabel, a story set in the early days of motion pictures, which proved equally spellbinding. Laura Pitt-Pulford was perfectly cast as Mabel. Reviewed by Jamie Tabberer.

Based on Christopher Isherwood’s Goodbye To Berlin, which in turn inspired Cabaret, I Am A Camera, again at the Southwark Playhouse, was an inspirational evening of theatre. The dark story set against the encroaching dark cloud of the Nazi’s rise to power, the vaults of the Southwark Playhouse made for an ideal and intense setting for the play. Reviewed by Sian Eleri.

Part of the King’s Head Theatre’s Arnold Wesker season, the one-act Denial was an intense and unforgettable evening of theatre. Exploring the idea of repressed memory and the potential dangers of therapy, Denial saw a family torn apart over a disturbing accusation that may or may not be true, which keeps you guessing to the end. Clare Cameron’s performance as the disturbed young woman was the focal point, and she reaches our top ten for the second successive year. Reviewed by Greg Jameson.

Green Day’s unabashed rock opera took the HMV Hammersmith Apollo by storm. It centres around three teens in a small American town whose lives are complicated by drugs, war and growing up. A long time in the making,American Idiot is a great show for theatre goers beyond Green Day fans. Reviewed by Carys Jones.

Dark Australian musical The Hatpin saw its European debut at the Blue Elephant Theatre. Part of the Lazarus Theatre Company’s autumn season, it was a departure from their usual remit of the classics. It’s easy to see why the talented company opted to make room for The Hatpin in their repertoire. An unforgettable story, brilliantly staged. Reviewed by Greg Jameson.

2. The Wind In The Willows

The West Yorkshire Playhouse was home to local boy Alan Bennett’s adaptation of Kenneth Grahame’s classic children’s novel The Wind In The Willows. Directed by the Playhouse’s legendary Ian Brown, with extraordinary sets and colourful performances, The Wind In The Willows was a hit amongst all age groups and makes for an ideal winter warmer and festive treat. Reviewed by Samuel Payne.

A highlight of the Churchill Theatre in Bromley’s recent seasons, Theatre Alibi’s touring production of The Crowstarver, based on the children’s book by Dick King-Smith, was a lyrical drama set against the backdrop of wartime. Intensely moving and superbly acted (especially by Malcolm Hamilton in the lead), The Crowstarver also boasted excellent puppetry and live music. We sobbed our eyes out. Reviewed by Greg Jameson.

In this article:The Crowstarver, The Hatpin, Theatre 2012, Top Ten