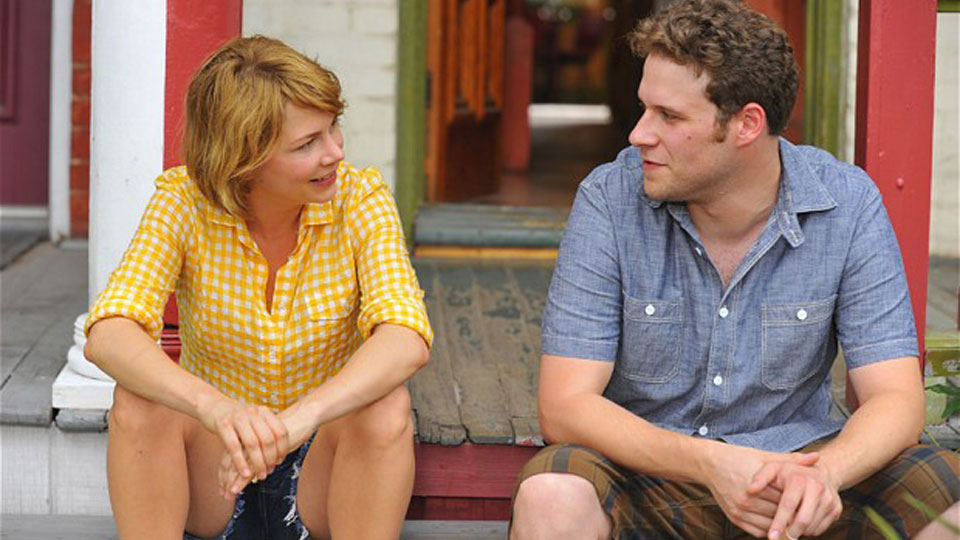 When Margot (Michelle Williams – My Week With Marilyn) meets Daniel (Luke Kirby – Fury) they hit it off straight away. But as Margot is married to Lou (Seth Rogan – 50/50), she suppresses her sudden attraction. When she learns that Daniel lives across the street from them, her domestic life begins to shatter. She steals any moments possible with Daniel, their eroticism heightened by their restraint.

Take This Waltz is a film that seems to be put into the bracket of “mumble-core” style of film-making, much like Jeff, Who Lives At Home. It’s an alternate way of telling a very normal and regular story. This film is no different, and does have a rather heart-warming and heartbreaking storyline, but it doesn’t use it to its full value. Instead it seems to meander along at a snail’s pace that never drew us in properly, which made it difficult to truly understand the desires of Margot.

The cast seem to try their best with what dialogue they have, Seth Rogan is the standout, but ultimately the emotion isn’t impactful in the roles. It seems the film makers have tried to shoe-horn in loads of metaphors for their sexual desires (the swimming pool being one of them), but these just play out like long periods of nothing-ness.

Another disappointing aspect of Take This Waltz is the criminal underuse of comedian Sarah Silverman. Any scenes that she appears in has a great sense of fun and charm, and is played very nicely in the styling of the film rather than her usual over the top, balls-y humour. We would love to have seen her used more.

Take This Waltz tries to deliver a valid story about what the heart wants, but it never really flickers to life, instead only showing brief glimpses of what could have made an interesting indie rom-com film. It’s more to do with the story than the cast or direction, lack of emotion and depth are a massive problem and never made us feel what Margot felt.