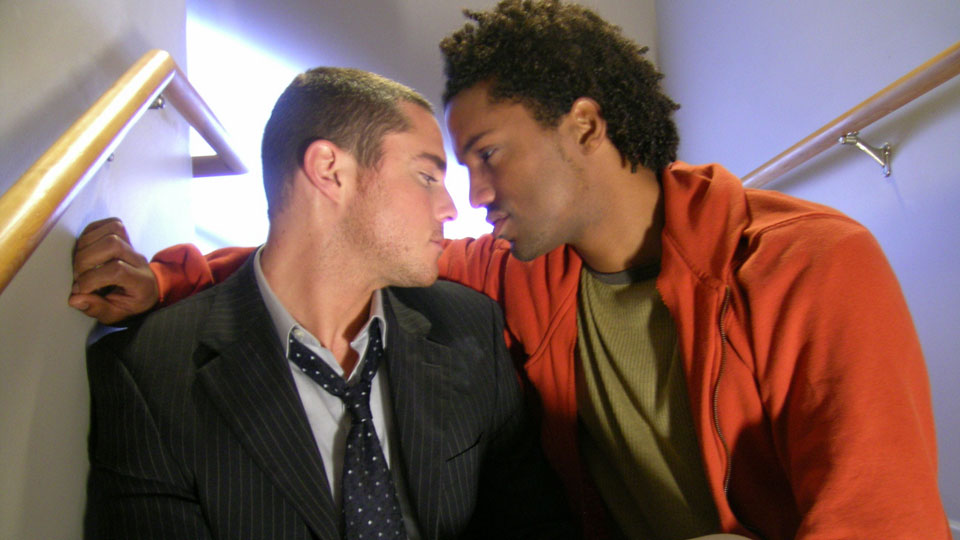 Celluloid Closet is back and we’d first like to apologise for our unexpectedly long break. Last time we brought you an instalment of Celluloid Closet was back in September when we put Adam & Steve under the spotlight. This month we’re moving away from comedy and focusing on a good bit of gay drama with 2006’s Boy Culture.

Based on the 1995 novel by Matthew Rettenmund, Boy Culture enjoyed its first outing at the London Lesbian and Gay Film Festival in 2006. The story centres on hustler X (Derek Magyar) who is embroiled in a love triangle with his roommates Andrew (Darryl Stephens) and Joey (Jonathon Trent) and is enjoying an odd relationship with an older client Gregory (Patrick Bauchau) who won’t sleep with him until X truly desires him.

On the surface Boy Culture seems like it may be a frivolous clichéd gay drama but there’s more to the movie than meets the eye. Firstly X isn’t your typical hustler. He has the ability to separate his job from his personal life seeing it as a means to an end rather than a driving force. This brings complications with the object of his desires, roommate Andrew who is rather more reserved when it comes to getting intimate and believes sex is sacred. Once Andrew starts acting out and using sex as a way to get attention, he loses the respect of X. This hurts Andrew considerably because he can’t understand how someone who hustles for a living can be disappointed by the frivolity of another.

Boy Culture is pretty sexy at times. The cast are of course incredibly good-looking but the chemistry is smouldering. The living arrangement of X, Andrew and Joey is under-pinned by sexual desire as they all yearn for each other. Joey is the most open about his feelings regularly appearing in states of nakedness in a bid to have sex with X. X meanwhile is too pre-occupied with Andrew staring longingly at him and catching a peek of his friend in the shower.

X’s relationship with Gregory is also surprisingly chemistry-filled. Over the course of the film X reveals more about himself to Gregory than he does to anyone else. Gregory’s insistence that he be desired by X seems unlikely to begin with but the chemistry grows between the two men. Of course there’s a spanner in the works down the line but we won’t reveal that incase you’ve not seen the movie.

Writer/director Q. Allan Brocka has since established himself as a leader in gay cinema since Boy Culture’s release. Most famously he’s gone on to create the short-lived but acclaimed TV series Rick & Steve The Happiest Gay Couple In All The World as well as writing and directing three of the Eating Out film series. It’s not hard to see why he’s enjoyed the success he has as he has a knack for combining guy candy with a good story just as he does in this film.

Boy Culture is a much deeper film than you expect from the cover sleeve and it’s a solid exploration of friendship, sex and relationships. If strong performances, layered stories and a few twists are your idea of a good movie then Boy Culture is a film you’ll enjoy very much. Having three hot leads isn’t likely to do any harm either and it makes the film even more enjoyable.

Boy Culture is available on DVD now through TLA Releasing.